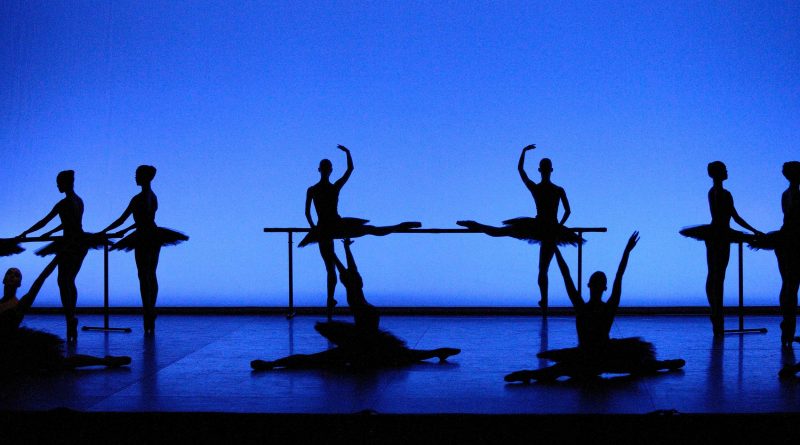 World-class dance company – with a broad, ever-expanding repertoire; global and home-grown talent; and state-of-the-art new home for itself and its school! Bent’s Adrian Gillan joins in with the applause at the English National Ballet’s 70th anniversary gala bash at the London Coliseum!

Former Ballets Russes stars and Diaghilev protegees, Dame Alicia Markova and Sir Anton Dolin, joined Dame Ninette de Valois’ precursor to the Royal Ballet, before splitting off to tour nationally and internationally with their very own company in the 1930s/40s. It was this company that formed the basis of the London Festival Ballet, founded in 1950 in the run up to the Festival of Britain; renamed English National Ballet in 1984, under its then-artistic-director and former dancer, Peter Schaufuss, who simultaneously founded the English National Ballet School – independent of the company but now co-housed within the ENB’s spanking new purpose-built home on London City Island in East London.

The ENB today employs around 70 dancers plus numerous other creative, production and admin staff; boasts its own English National Ballet Philharmonic; and performs regular seasons at the London Coliseum, Sadler’s Wells and even in-the-round at the Royal Albert Hall, as well as conducting extensive touring in the UK and abroad. ENB also has the longest-established educational program of any national British dance company – all to make ballet and other linked dance forms accessible to new audiences – plus a thriving ENBYouthCo group.

70 years of ever-increasing artistic excellence, innovative collaborations and bringing world-class ballet to the widest possible audience! Countless dancers, choreographers, artists, musicians, artisans, technicians and audience members have contributed to the ENB story, as it – and ENB School – came together for a once-in-a-lifetime celebratory event, looking both backwards and very much forwards!

The three recent Gala showings sought to “evoke a dreamlike blend of film and performance to look back at ENB’s history, and that of modern ballet”. TV director Dominic Best drew upon archive footage of English National Ballet plus fresh interviews with some of its key figures – extended video versions of which can still be viewed at www.ballet.org.uk – to create a unique film projected onto a vast lowered gauze screen which sporadically dissolves into live performance on stage of extracts from signature works associated with the company over the years.

Then: to the future, and inclusion! ENBYouthCo gave a joyously spirited and endearingly energetic ensemble rendering of …Of What’s To Come (chor. Richard Bermange) to the gorgeous music of Adam’s Giselle; followed by rising star Daniel McCormick’s masterfully bestowed exposed solo of restrained impassive grace as the eponymous hero in Stravinsky’s Apollo (chor. George Balanchine).

Fernanda Oliveira and Junor Souza gave a masterclass in controlled athleticism in the show-stopping Three Preludes  (chor. Ben Stevenson), with its creative, disciplined variations around a ballet barre.

The first half climaxed on a massive high as breakdancing meets male corps-de-ballet and the ENB’s A-List boys try to out-dance each other in Playlist (Track 2) (chor. William Forsythe), with quicksilver kinetic-king Jeffrey Cirio pulling off possibly the single-most stunning dance feat of the whole night!

“Terrifying” or at least “exciting” for performer, heart-stopping for an audience: the evening ended with a fearless showcase of the great talent across all the ranks of English National Ballet, with its perennial favourite Études (chor. Harald Lander), first performed in 1955. The piece begins with traditional ballet exercises and steps and ramps up to a dazzling display of dance. To see Isaac Hernández, Joseph Caley, Jeffrey Cirio, Francesco Gabriele Frola and crew all leaping together: aesthetically orgasmic!

In gist, the galas gave a representative and diverse selection, showing-off all layers of the company via significant standout motif works from throughout its history – all well-sculpted so as not to appear too “bitty”, and interspliced perfectly with illuminating gauze-projected film footage. As the final curtain lowered and our cheers and ovations began to fade, you could clearly hear the party really only just getting under way backstage! Bravo, encore!

For more info and to book tickets for English National Ballet shows: www.ballet.org.uk