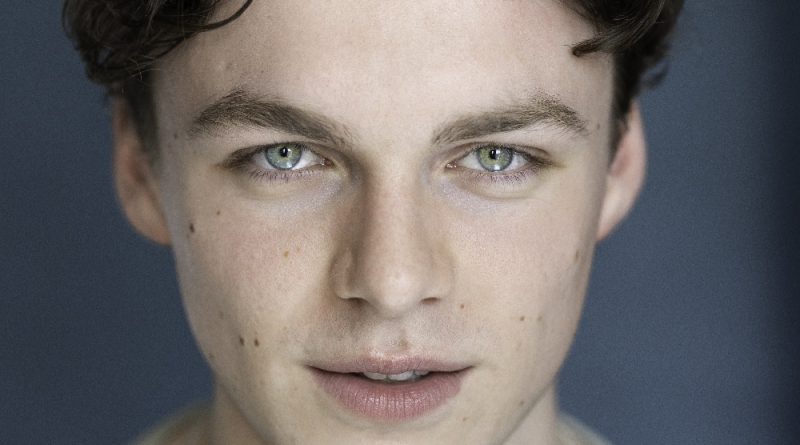 Fresh out of drama school, young actor Stuart Thompson tells Matthew Amer of the thrill of acting, and his exciting gay role in the National Theatre’s revival of modern classic A Taste of Honey as it hits the West End following a UK tour.

Stuart, you play Geof in Shelagh Delaney’s A Taste of Honey. What did you know about the play before you joined the company?

I came to it fresh and I still haven’t seen the film actually – I’m going to watch it after I’ve finished. Having not come across it, and A Taste of Honey being a real seminal classic, sometimes I’ve had to check myself that I’m not getting overwhelmed by that reputation; I just have to make sure I’m staying true to the story.

What is the story of A Taste of Honey?

It’s set in 1958 in Salford in a council flat, and it focuses on a mother and daughter, Jo and Helen. Jo falls in love with a black sailor and gets pregnant. It’s about Jo and the people that come into her life, it’s as much of a character study as it is about Jo’s story.

You’re playing gay character Geof, a friend of Jo who’s there to help her through her troubles. What’s he like to play?

Geof is so multifaceted, but all the characters are really well written. He is a similar age to Shelagh when she wrote the play, and you can really feel her voice coming through.

Shelagh did a brilliant interview with the BBC about Salford, where she compared the young people there to horses that were tethered down. They were constantly trying to get away, but there was something that held them back. She didn’t look at that as a negative thing, but more that they were banging their heads against the wall with not having an outlet to express themselves. She thought there was so much to these people, but they didn’t know what to do with it.

When the play premiered it was considered shocking and controversial. The world has moved on since then, so is it still relevant today?

Obviously it’s not shocking to have a black character and a queer character in a play now, but what is shocking is – as you watch it, read it or perform it – you think, “This is still happening.” We have moved on, but history does repeat itself. Its relevance and resonance has just altered over time.

What’s really interesting and specific about this story – a northern, working class story – is that it’s female-led and female-written. Why are there not more? These women are all out there! Tell their stories!

And Jo and Geof’s relationship; they’re just absolutely okay with each other and don’t need anything more. When Geof tries to fit himself into the husband and father role, it’s just not right. That is what people need to see; not necessarily in the context of sexuality, like Geof, but just being comfortable and secure in themselves.

You won this role while you were still at drama school, so your first professional job is working for the National Theatre, and now you’re playing in the West End too. What’s that journey been like?

It was crazy and I have to pinch myself still. I had the audition in March. The audition was on the Tuesday and I got the call to offer me the role on the Thursday. I was at lunch at school and I had to go back in and behave myself.

The tour has been such a huge learning curve. What’s so interesting about it is gauging different people’s reactions in different places and different theatres.

There’s been massive outreach work as we’ve gone round too, because A Taste of Honey is still on the curriculum. We’ve worked with lots of different schools to give younger audiences a look in. That’s been really rewarding because I still feel like I’m in sixth form. Getting to talk to people who are auditioning for drama school, or not sure if it’s right for them, has been great.

How have you found working with performers like Jodie Prenger and Stage Debut Award winner Gemma Dobson?

It’s been amazing. I feel very lucky. As much as this is a beautiful play, it is also a very bleak play and it can be emotionally exhausting, especially on tour. But Jodie and Gemma are consummate professionals, and such laughs. We are very open with each other, whether that’s on a personal level or with the work. We’re all open to discussing the show, but other times leave it all behind and go to Laser Quest or something stupid. The amount of cheese and wine nights we’ve had is ludicrous. Jodie leads the way on that.

You’ve also got a band playing live music as part of the show, though it’s not a musical. What do they add to the production?

They’re geniuses. It’s very cool and very cinematic. It can make a line, emotion or intention more effective for the audience, but even as an actor it really helps if there is a sudden change of pace or intention. It’s been really interesting to work with.

At a time when there’s so much entertainment easily available at the push of a button, what makes theatre so special and different?

There’s nothing quite like it when it all comes together. TV and film is another brilliant realm, but with that you’re given a specific perspective because of cuts and close ups. With theatre you give it over to the audience and they can make up their own minds. It’s so alive and raw. It’s the adrenalin and nervousness that goes into every performance, all in the hope that one person will be changed by it.

Living in a generation where everything is so immediately there for you, you think, “Is theatre going to fall by the wayside?” But it’s totally not and it’s really exciting to see that. Each place we went on tour, we got to speak to the people running the theatres. There’s loads of new writing developments going on. People are really trying to get things going. It’s so important and I feel very lucky to have been a part of something that is keeping that going.

A Taste of Honey runs at the Trafalgar Studios in London 5 Dec 2019 – 29 Feb 2020. For more info and to book tickets: www.nationaltheatre.org.uk/shows/a-taste-of-honey-at-trafalgar-studios