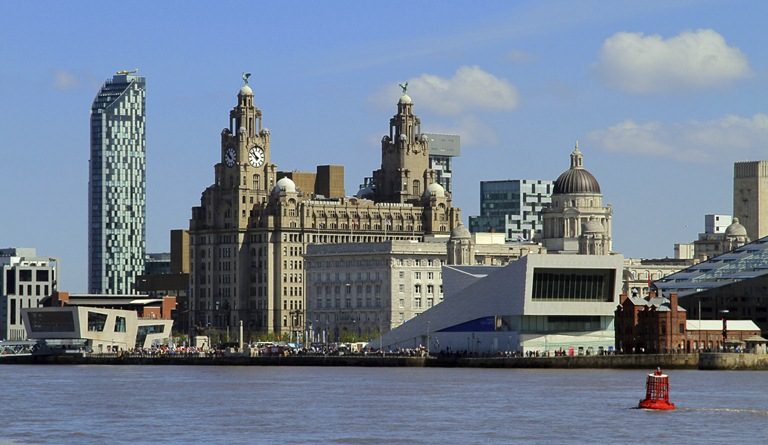 Fairy across the Mersey! Bent’s Adrian Gillan enjoys culture, buzz and boys amidst “likely lads” and scally pals in this queer core of the North West – a mere short trip away on fab Virgin Trains! 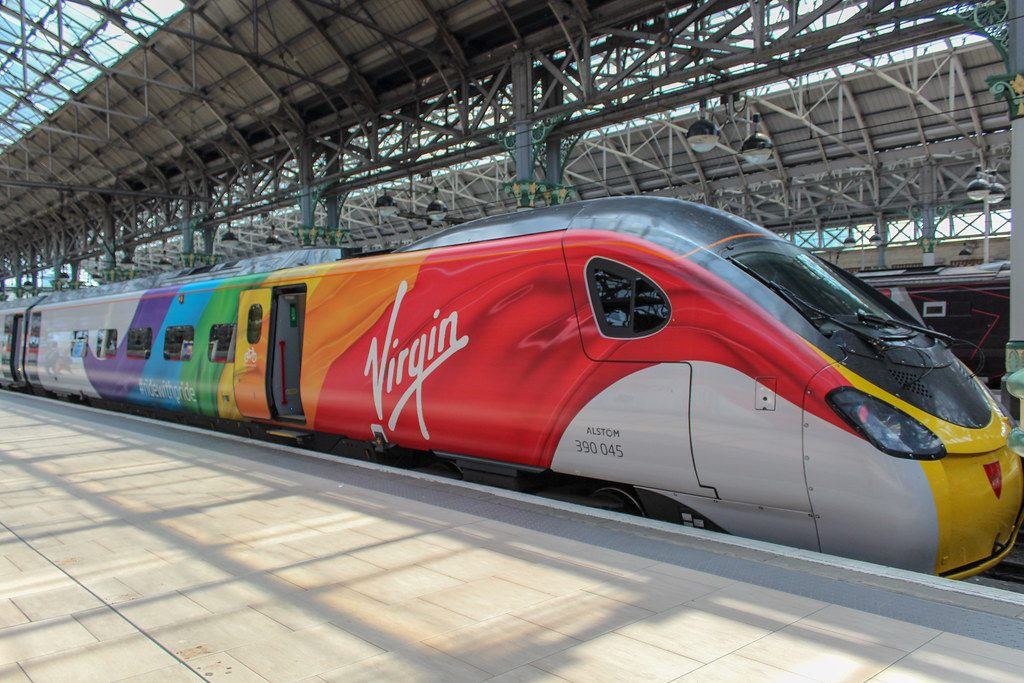 A decade ago, Liverpool was European Capital of Culture: involving a year-long extravaganza of events, exposure and investment that helped redefine this famous city as being about Beatles and football and docks – but so much more! With a long-established gaybourhood, plus Pride and LGBT arts fest – there’s never been a better time to acquaint, or reacquaint, yourself with this city of scally lads and Liver Birds!

Do try to head up pre Sun 8 Dec 2019: for your last chance to experience arguably Britain’s most iconic, gay-affirmative and sexiest ever rail brand – Virgin Trains – before it, sadly, hands over its franchise!

Stay at recently opened and wonderfully central Premier Inn Liverpool City Centre, Lime Street, close to all sights. The perfect base, to recharge in its tasty restaurant and/or relax in its spacious rooms with their extra-comfy beds! 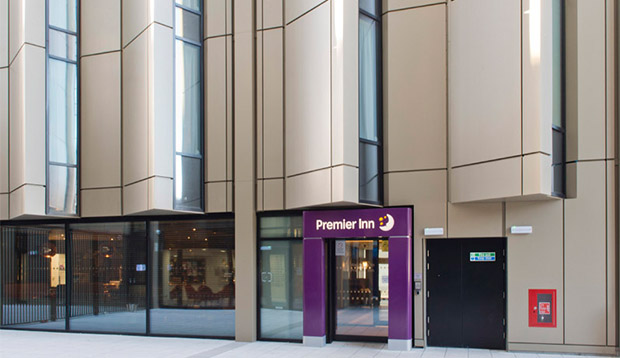 The luxury king-size Hypnos bed is indeed the stuff of dreams, boasting an ultra-comfy, pillow-top mattress supported by over a thousand pocket springs for the soundest sleep ever, plus lightweight yet toasty duvet and choice of firm or soft pillows! No wonder the hotel’s happy to offer its famous money-back “Good Night Guarantee”! Rooms also offer powerful showers, with baths at most hotels; Freeview TV with 80 channels; free Wi-Fi and a handy desk and chair; tea and coffee making facilities; cocooning blackout curtains; and adjustable room temperature settings! 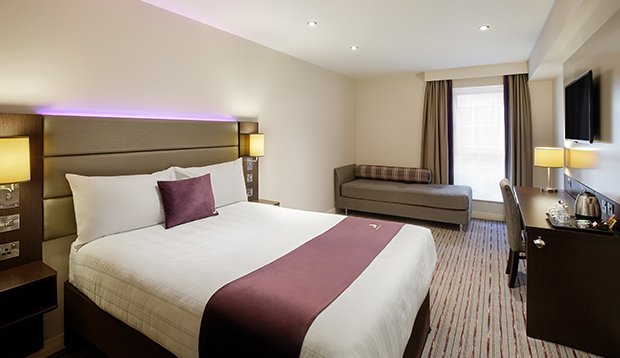 Peckish? The hotel’s Thyme restaurant has a fab contemporary menu, from burgers, steaks and fish to salads and delicious desserts, all freshly prepared using quality ingredients. Great kids’ menu too! With even more tempting choices, the ‘Premier Inn Breakfast’ is bigger and better than ever, with up to two under-16s eating breakfast free per fully paying adult. Keep ‘em peeled for the ‘Meal Deal’ too: a ‘Premier Inn Breakfast’, plus any 2-course dinner with a selected drink! 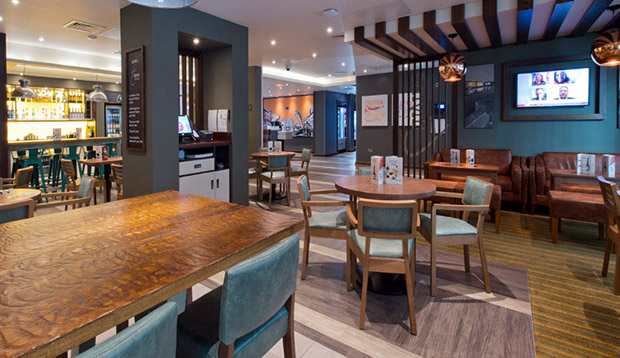 Moreover, there are three or four other Premier Inns in, or very near, Liverpool’s city centre to choose from too!

This half-a-million populated place has always had hordes of general attractions well pre European Capital of Culture, not least the world-famous “Cavern Quarter”; renovated Royal Albert Dock, including its wonderful, modern-art-crammed Tate Gallery, plus International Slavery Museum and Merseyside Maritime Museum; two cathedrals (neo-Gothic Anglican; plus modern Roman Catholic); theatres (including The Empire, and The Everyman and The Playhouse); Walker Art Gallery and World Museum; Everton and Liverpool football clubs; plus some of the finest old industrial and modern architecture found anywhere in the UK. Not to mention all the cute student youths attending the prestigious university! Don’t miss the more-recently-opened St Johns Beacon viewing tower; or waterside space-age-looking Museum of Liverpool to learn history and context – did you know Liverpool was the second most bombed city in the UK, after London, during WW2? 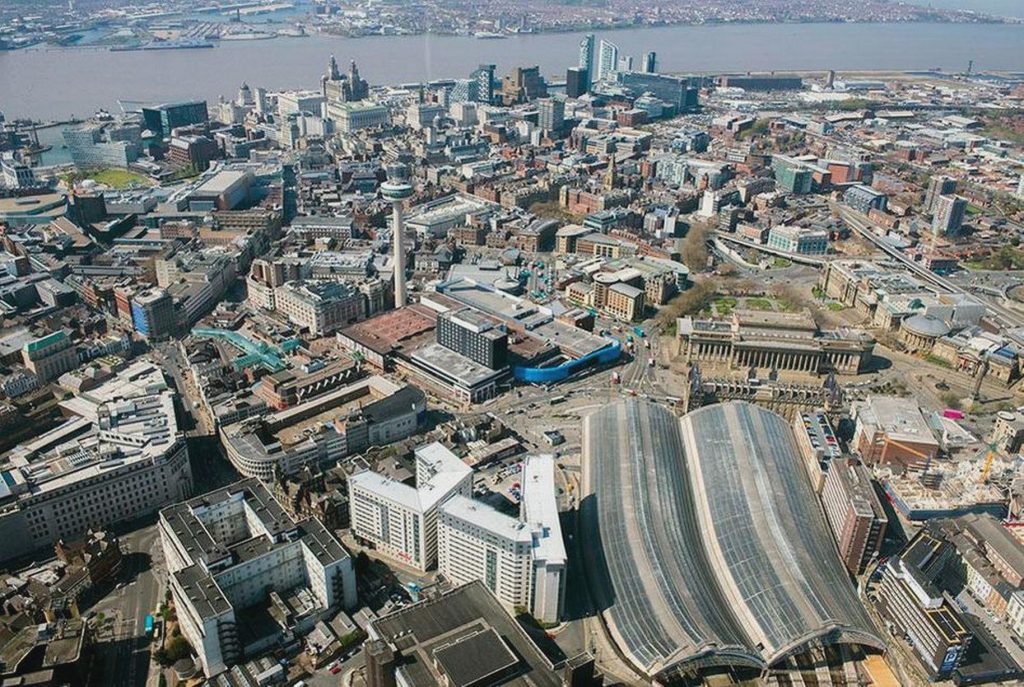 Liverpool has a sizeable queer quarter around Stanley Street, between Dale and Victoria Streets – amongst the very oldest of gaybourhoods in the UK.

The scene’s granddaddy, albeit an outrageously lively one, Lisbon Bar (35 Victoria Street;) is a spacious, traditional basement pub, with an exquisitely ornate ceiling. Over the road, try boozy, thumping, Pink (4-6 Victoria Street;).

Around the block, a whole cluster of bars vie for queer attentions. After a brief anchor at popular pub-club, Navy Bar (27-29 Stanley Street;), step down into earthy, friendly gay stalwart, Masquerade Bar (10 Cumberland Street, off Dale Street;), to set your pulse apace – routinely packed with gay youth whirling themselves around the floor, surrendering to the dragged-up hosts who keep the party pumping, coaxing sweet karaoke from the most blushing of babes. Or, on the same street, try cosy Poste House (23 Cumberland Street;). Also check-out Kitty’s Showbar (James Monro pub, 69 Tithebarne Street;) for live comedy, vocalists, variety and cabaret.

One of the biggest, albeit now-tad-mixed, clubs in town, and just across from G-Bar, Garlands (8-10 Eberle St., off Dale Street;) still attracts its usual Saturday hordes for hard dance, funky house, disco and trash. However, most agree, not quite so gay as of yore!