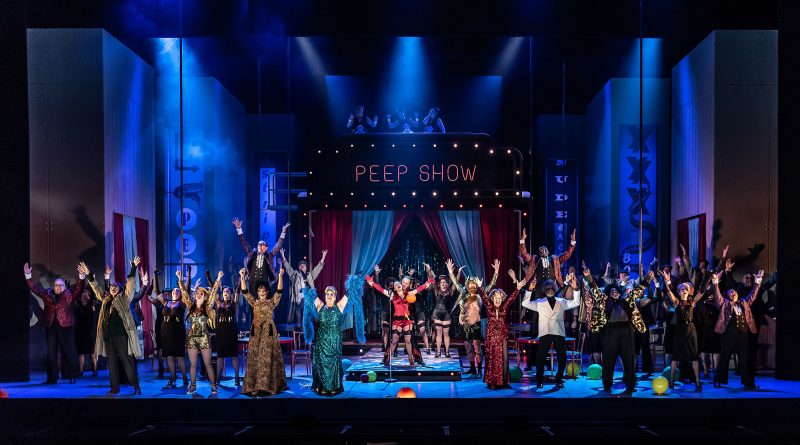 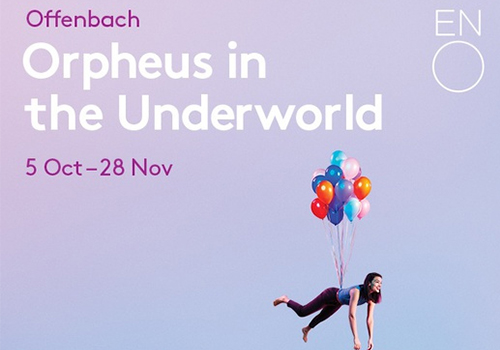 Originally, this most famous of French operettas parodied Ovid’s tragic love-story alongside arguably-overly-pious classical operatic derivations by the likes of Gluck. It evolved over decades – the first 1850s version expanded in the 1870s, and later embellished yet further – out of the debauched milieu of a bloated socio-political landscape and a giddily fizzing Parisian cabaret scene. Shock now gone?

In this freely adapted version by director Rice (English lyrics by Tom Morris), dramatic knobs are twiddled to make the core Orpheus-Eurydice relationship more sincere than in traditional versions – where the two lovers are at best indifferent to each other – their initial estrangement here rationalised via a tragic back-story given in a wordless “dumbshow” prologue; and their subsequent romantic reawakening then all-the-more-shockingly counterpointed via the gods’ attempts to stymie and thwart.

Action shifts from Earth up to a divinely languidly hedonistic 1950s Beverly Hills Hollywood poolside Heaven, playground of bored, indolent, all-too-human gods; and then down to an exploitative and seedy peepshow-Hell where women – Eurydice in particular – are passed from man to man like slabs of meat.

The god of the Underworld dupes a grieving and vulnerable woman into abandoning her true love and descending into Hell where she is imprisoned, exploited and abused by other gods, all in collusion.

Dance the pain away! In this darkly audacious version, there is no happy ending as the final despairingly dizzy Can-Can chorale rings hollow, exhorting one and all – oppressed and oppressor, victim and perpetrator – to a disconcertingly mind-numbing oblivion. Frivolity is thereby satirically slapped-in-face by timeless patriarchal abuse, brought into especially sharply focus by Rice in our current #MeToo era!

As Orpheus, Ed Lyon may be playing a mortal, but he has the sweet voice of a god; and is extremely moving in his fractious and subsequently passionately romantic scenes with Mary Bevan – herself sublimely anguished, and ultimately stunned, in the complex role of fragile, misused Eurydice.

Lizzie Clachan’s bold, colourful yet simple set designs switch effortlessly between Earth, Heaven and Hell, even – ingeniously – magically morphing to also be the settings of the ENO’s other three Orpheus-themed operas this season! Her clever well-nigh-thematic use of balloons to variously conjure up sheep, clouds, bubbles, ballet tutus and wild parties is an especial highlight – herself working closely with Lez Brotherston (costumes), Malcolm Rippeth (lights), Simon Baker (sound) and Etta Murfitt (choreography).

You will find yourself leaving The Coliseum humming and whistling all those wonderful tunes – yet with an uneasy, startled look upon your brow. Shock reinjected! Offenbach would surely have… approved!

Orpheus in the Underworld runs at the London Coliseum until 28 Nov 2019.