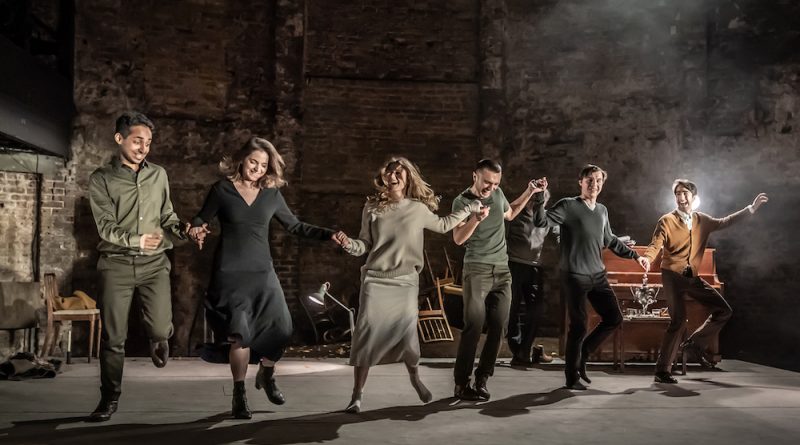 by Adrian Gillan for Bent Shop 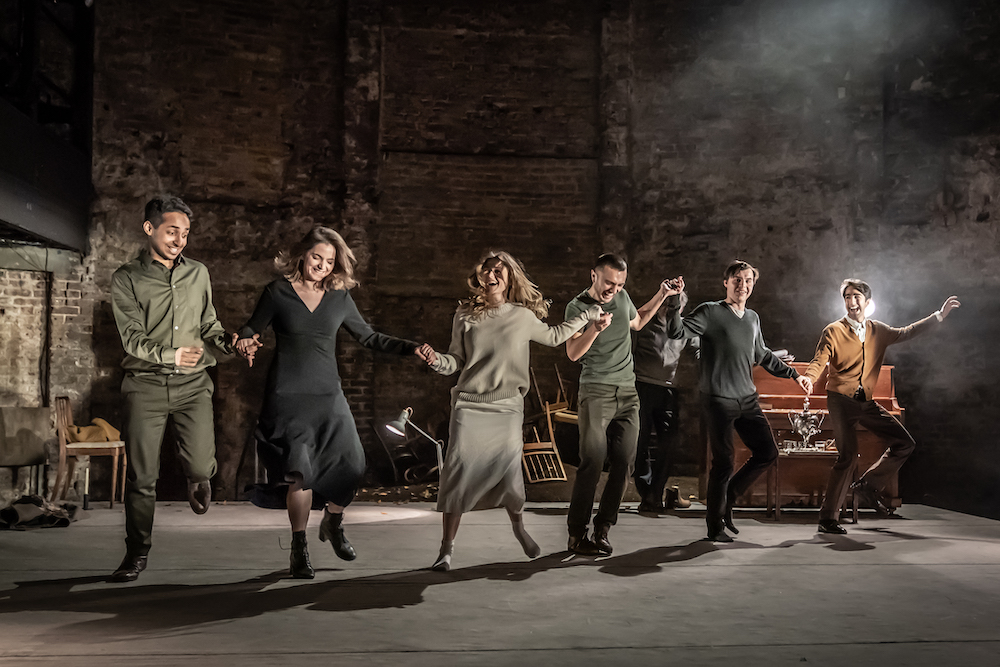 Boldly yet sensitively directed by its Associate Director, Rebecca Frecknall, this new version by Cordelia Lynn (using a literal translation by Helen Rappaport) is set rather loosely in what is gently hinted, via the occasional costume item or prop, in a 1950s backwater provincial Russian town that life passes by and that boasts transistor radios despite also seemingly being au fait with 19th Century duels. Even the Russian-ness is understated, despite requisite occasional references to Moscow and the Polish border.

The tad indeterminate time and place setting – supported by spartan staging and simple contemporary-neutral costumes – helps subtly elevate the action to the universal, happily without jarring with what is in fact an emotionally and dramatically faithful-to-the-original script, as the three eponymous sisters wait for their lives to begin and as the big issues of existence and meaning, nostalgia and memory, progress and happiness, loneliness and connection, are examined via three hours’ human traffic on the stage.

The place of women and their survival strategies in a patriarchal world still packs a thematic punch! And the play’s implicit critique of the pointlessness and precariousness of outdated upper-middle-class existence – seemingly on the brink of tumult, implosion and revolution – arguably also has an especial bite given the nature of contemporary theatre’s endemic still-largely-upper-middle-class audiences! 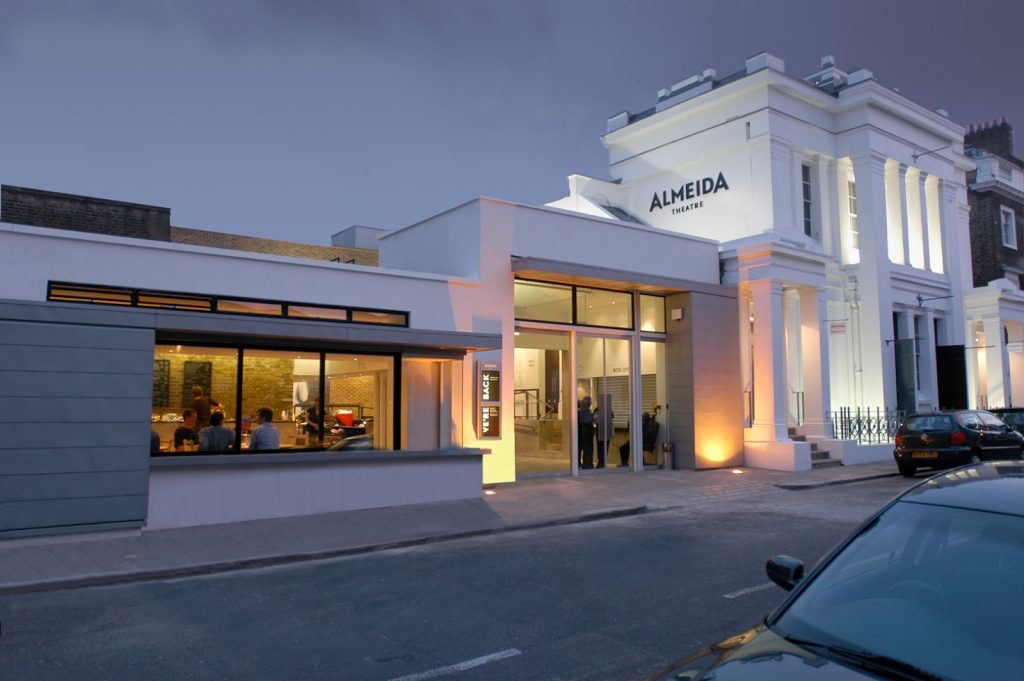 Frecknall evokes an uptight-yet-languid atmosphere as characters tensely and tragi-comically wait and wait for their lives to, somehow, move on or take off. If the setting is timeless/50s/contemporary, the production is authentically Chekhovian in its sense of pacing (you can feel the visceral beauty of the beat-to-beat changes of tempi), heightened naturalism (hints of Ibsen and Strindberg), existentialist absurdism (presaging the likes of Beckett or Ionesco) and poetic symbolism – with powerful metaphoric imagery and theatrical devices, like spinning tops, watch chimes, migrating birds, Moscow yearnings, haunting gunshots, echoes and the like. Magical ritualistic moments too, not least at the very start!

Ria Zmitrowicz very near steals the show as youngest sister Irina, her childhood dreams of moving back to Moscow to find fulfilling work and love are all as tragically dashed as the hopes of her older sisters, and everyone around her. Shubham Saraf is likewise utterly brilliant as her adoring, lovesick Tuzenbach who, realising he may have her hand but never her heart, well-nigh welcomes death at the hands of love-rival, the pathologically-perfume-dabbing Vasily, simmeringly played by a superbly glumly truculent Alexander Eliot.