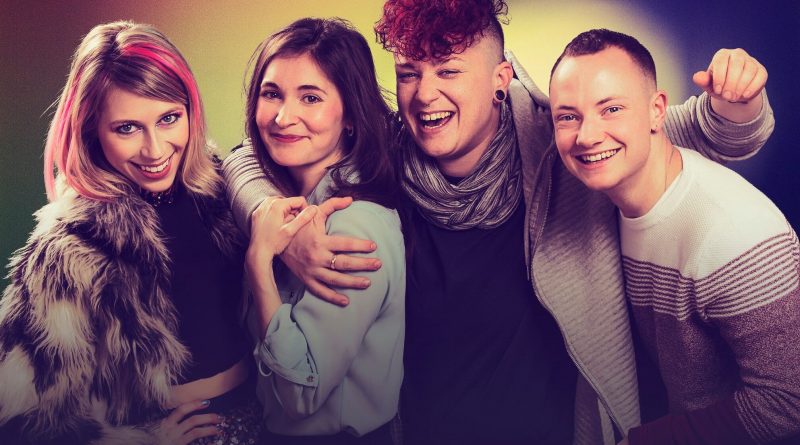 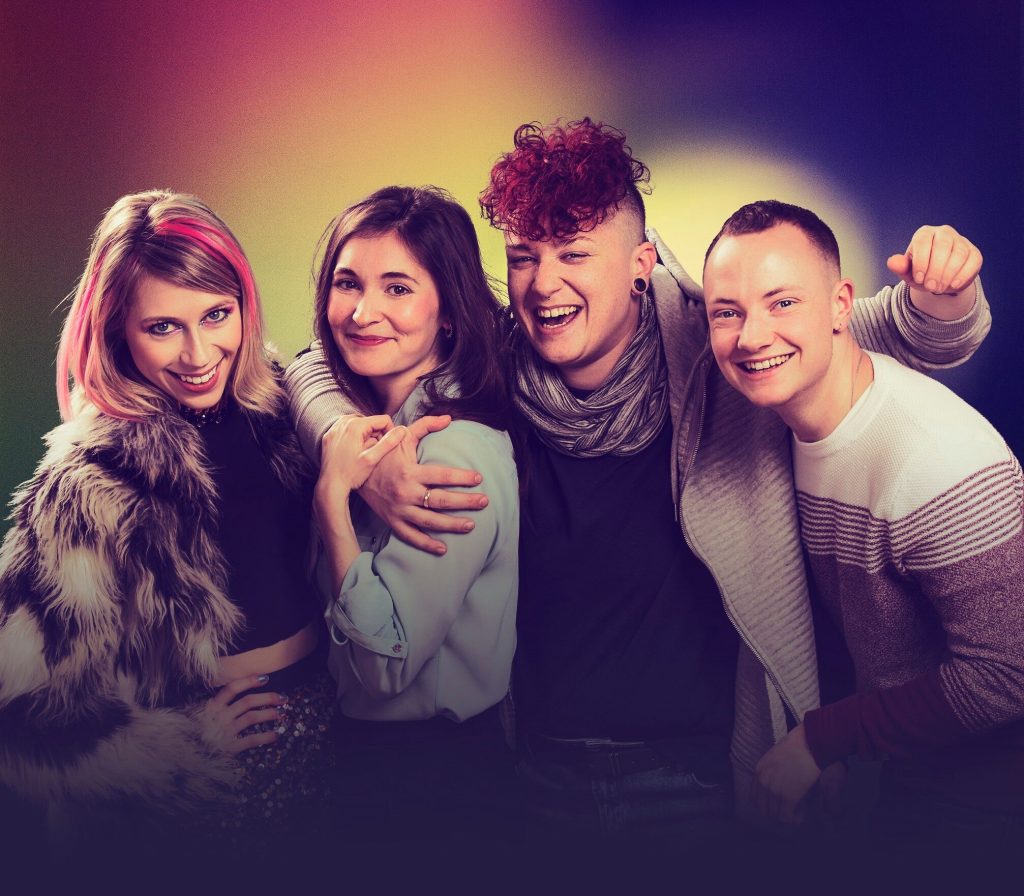 Alice used to date straight Josh but, coming out lesbian, falls in love with Josh’s sister Fiona when the latter comes to stay with him. However: when Fiona comes out as a trans man (Adrian), Alice struggles with the ‘straight’ role she feels expected to then play – still loving Adrian, despite having a lesbian fling with workmate Lelani. Meantime, Josh still loves Alice, despite her seeming split with his newfound bruv.

This ingenious character juxtaposition and situation ignites a spectacularly provocative tragi-comedy, oscillating between high-drama and high-farce – the genre as fluid as the gender identities examined.

The Rotterdam setting functions as a place of both exile and experimentation – a kind of contemporary urban Shakespearian Forest of Arden – allowing Alice to avoid or delay coming out to her parents, whilst exploring her lesbian self. The New Year timing is likewise catalytic to resolutions and discoveries. And, as both Alice and Adrian return to England, at the bitter-sweet close, perhaps like all the best plays, there are no easy or neat answers, if anything yet more questions. Writer, Jon Brittain: take a huge bow!

It is little surprise that a play of such fearless and audacious richness and scope, composed with such theatrical élan, should have won an Olivier Award (Outstanding Achievement in an Affiliate Theatre) in 2017, having premiered at Theatre 503 (2015), then the Trafalgar Studios (2016) and the Arts Theatre (2017). It is equally well-deserved that it now reaches an even wider audience with this major UK tour.

Blessed ensemble! Bethan Cullinane makes a touchingly tense, torn and fragile Alice. Real-life non-binary actor Lucy Jane Parkinson is quite magnificent as frustrated and courageously transitioning, Fiona/Adrian. Ellie Morris is wonderfully entertainingly brash as life-lusting Dutchie, Lelani. And sexily sensitive Elijah W Harris is gloriously companionate and real as Josh. [Incidentally, Elijah: I had zero idea you are a trans man until reading about you on the web, post-play. And, by-the-way, lovely hands!]

Big bravoes for increasingly legendary producers, Hartshorn – Hook Productions, for having the courage and vision to continue to unite such an original work as Rotterdam with an ever-larger audience! 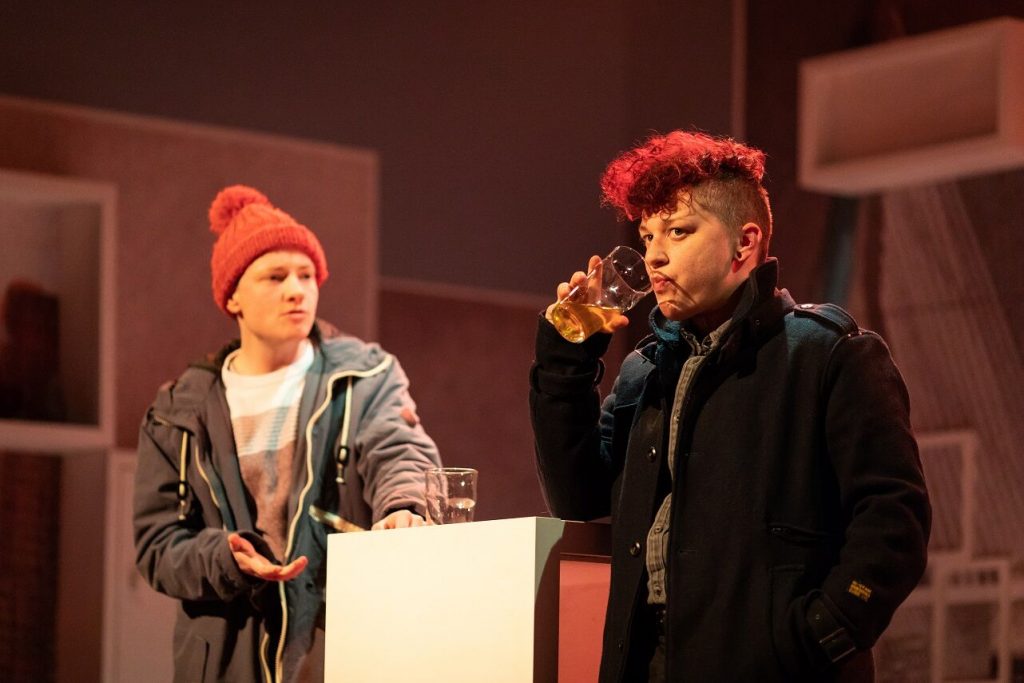