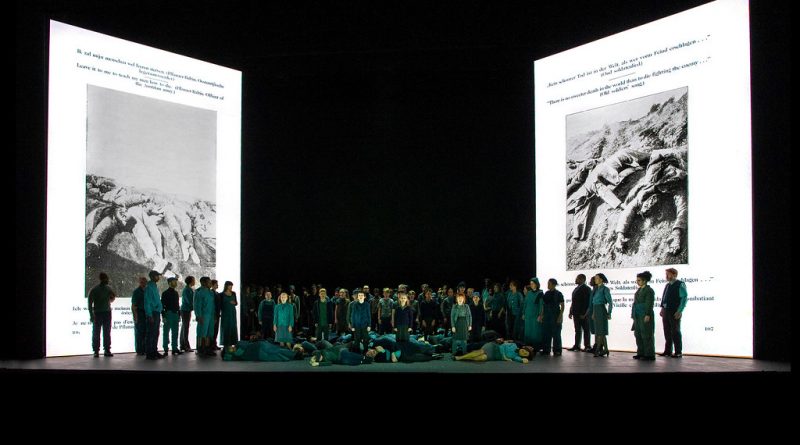 Can a world shattered by a seemingly endless cycle of war ever make peace with itself?

In one of the 20th Century’s finest choral works, gay great composer and life-long pacifist Benjamin Britten (1913-1976) juxtaposes nine anti-war poems by fellow queer, WW1 poet Wilfred Owen (1893-1918) – himself killed a week before the Armistice in 1918 – with the timeless ritual of the Latin Requiem Mass. Result: a fervent, alas seemingly ongoing and endless, plea against man’s inhumanity to man.

Harking back to WW1, “the war to end all wars”, War Requiem was written in 1962 during the Cold War, for the consecration of the new Coventry Cathedral, whose medieval core had itself been blitzed by WW2 bombs in 1940. Both the premiere and the rebuilding were eternally resigned-yet-hopeful acts of peace and reconciliation, not of defiance.

ENO’s new 90-minute-no-interval production marks the 100th year since WW1 ended, as wars continue to be waged around the world. Sung in English and Latin, surtitles display the sung words and/or the translation from the Latin above the stage.

War Requiem is performed by the combined forces of an 80-strong double-chorus; a children’s choir of 40 from Finchley Children’s Music Group; the full ENO Orchestra; a 12-strong chamber orchestra; three soloists; plus child actors. Two of the said three soloists, a tenor and a baritone, sing Owen’s poems, accompanied by the chamber orchestra. The soprano soloist, plus double-chorus and full orchestra, sing the Requiem Mass. The children’s choir, also heard at various points throughout the piece, depicts innocence and purity. 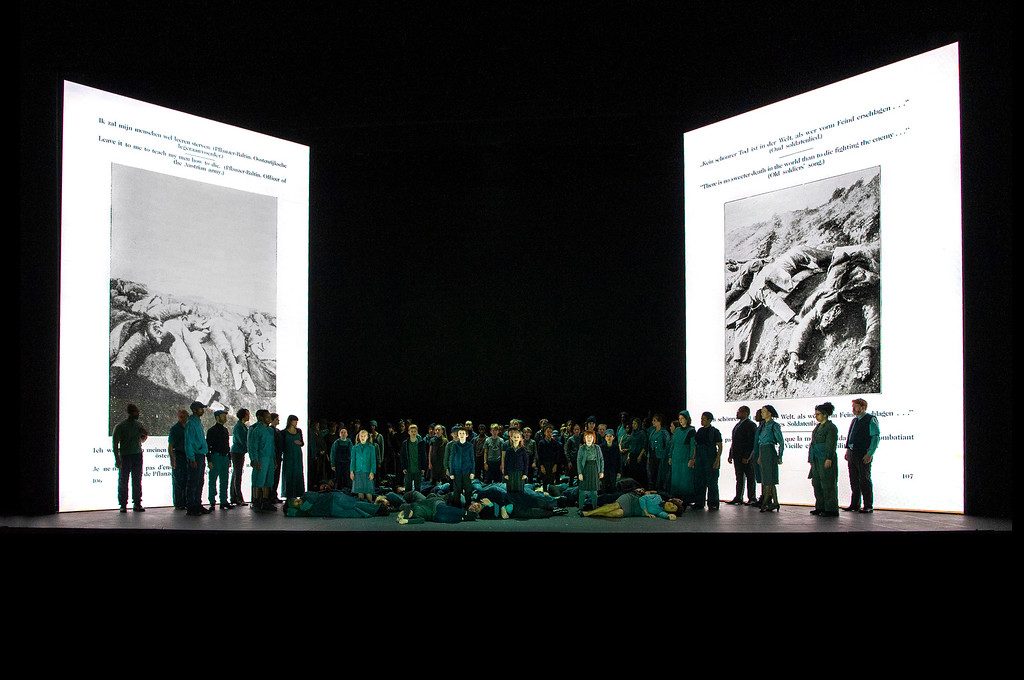 Director Daniel Kramer, himself also ENO’s overall Artistic Director, puts Britten’s music first, the staging always rightfully and respectfully subservient to it, with not a whiff of gimmickry, marshalling his creative team to evoke the universality and futility of the tragedy of war.

Making his ENO design debut, Turner Prize-winning photographer Wolfgang Tillmans uses giant screens to display huge images ranging from a German 1920s anti-war manual, to Coventry Cathedral, to semi-abstracted natural forms. The spectacular introduction of artificial snow at the start of the Sanctus section, which then lingers until the work’s end, is a true coup de théâtre!

Charles Balfour’s lighting is simple but bold. Nasir Mazhar’s costumes are suitably suggestive yet timeless. Ann Yee’s clear, deft, uncluttered and sensitive choreography – with more than a hint of angular stylised German expressionism at times – allows what is perhaps the largest cast ever used in an ENO production (over 130, including the tightly disciplined child actors) to most naturally inhabit the Coliseum stage.

The frisson of the whole work results from the irony of the Catholic mass, itself peppered with violence and fear, being punctuated throughout by Owen’s transcendent yet basically atheistic and existentialist words. The genius is that this provocative association throws a humanistic, pacifist gauntlet down to all. 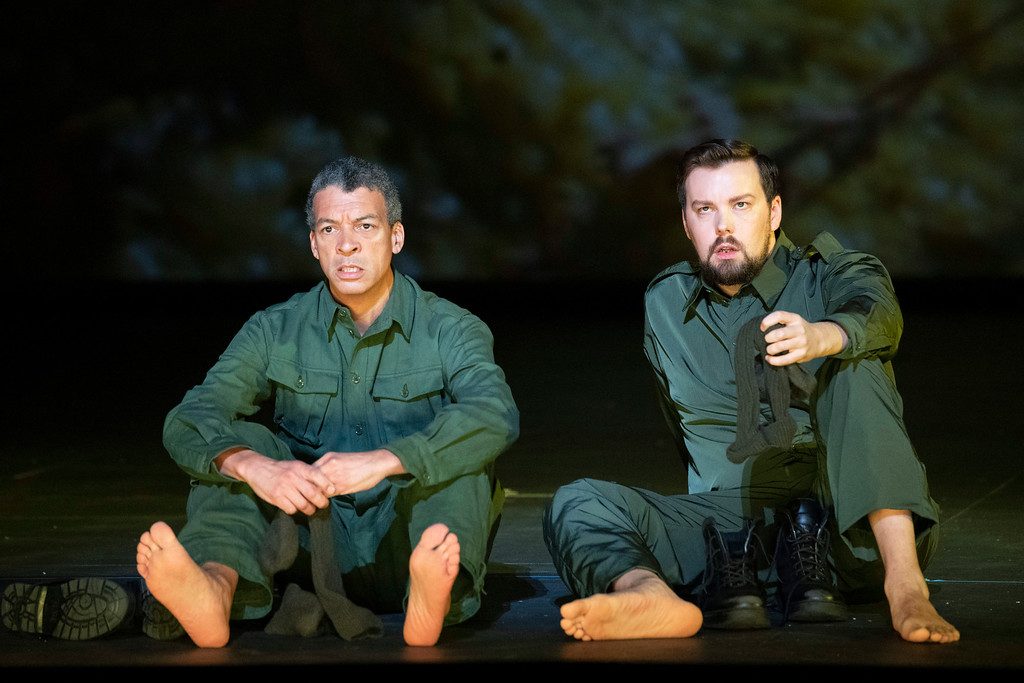