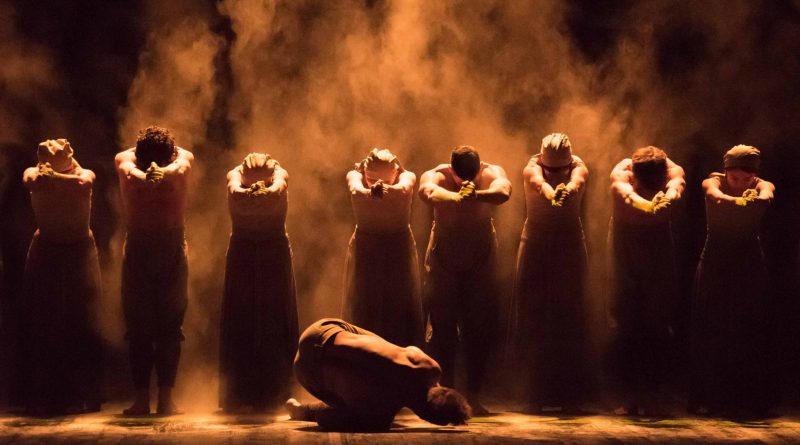 Commissioned by English National Ballet to mark the centenary of WW1 (1914-1918), using three of the finest British contemporary/modern choreographers around, Lest We Forget moved audiences at its start-of-war anniversary premier in 2014; and fittingly returns to round off proceedings, four years on.

Its three beautiful yet profoundly poignant core works – from Liam Scarlett, Russell Maliphant and Akram Khan – create genuinely unforgettably haunting images, aided by simple design and evocative scores; exploring experiences, both of those who fought in the conflict and of those who stayed behind.

Lead parts are impressively shared between members of the company in different performances and there is a fittingly strong ensemble ethos to all works, in keeping with the “everyman” nature of events and suffering being evoked, which left almost no life or family untouched, on all sides of the conflict.

The core trio of Lest We Forget’s works are aptly complemented, at selected performances, by Vera, choreographed by Stina Quagebeur, and inspired by Vera Brittain’s WW1 memoir, A Testament of Youth. Featured soloists Crystal Costa and Giorgio Garrett, alone on the stage throughout, moved from clinging yearning to the lingering, knowing farewell of a fated separation – the man entranced, detached and helpless, and finally resigned to his eternal solitary destiny, exiting towards the light as it fades.

So: three – if you are lucky, four – moving memorials. Sincerely respectful. Beautifully and sublimely sad.

Lest We Forget runs at Sadler’s Wells in London until 29 Sept 2018.