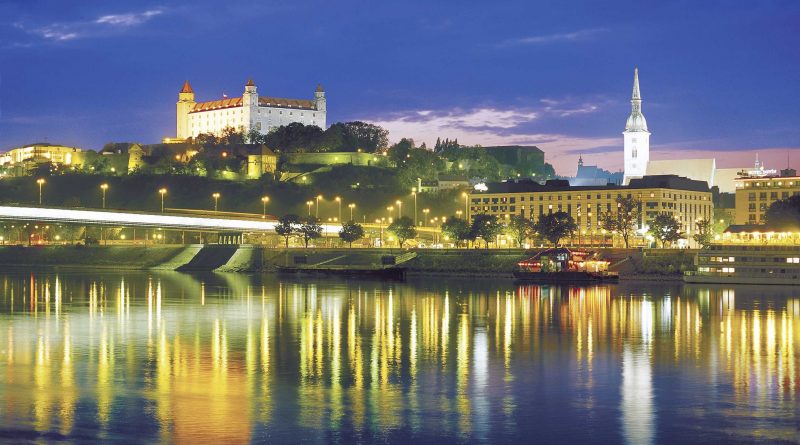 by Adrian Gillan for Bent  Gay Shop and Magazine

450,000-populated Bratislava is the largest city in Slovakia, and one of the smallest capitals in Europe.

Being at a central continental cross-roads, long coveted by rival powers, present-day EU member Slovakia is steeped in history – Neolithic settlements; Celts; Romans; Slavs; Hungary, and its waxing and waning within the Austro-Hungarian Empire; WW1 and the creation of Czechoslovakia; WW2 and Nazi annexation; Eastern Bloc; 1989 Velvet Revolution, then Velvet Divorce in the early 1990s when it became the capital of the newly-formed Slovak Republic in 1993. Enough to make any boy dizzy!

Bratislava lies in the southwest of the country, at the start of the Carpathian mountain range, occupying both banks of the River Danube and the left bank of the River Morava; and bordering Austria and Hungary – thus being the only national capital to border two sovereign states.

It is the political, cultural and economic heart of Slovakia, and the seat of the Slovak president, parliament and executive. It boasts several universities, plus numerous museums, theatres, galleries and other cultural institutions. Many of Slovakia’s large businesses are based here.

The city has developed a bit of a reputation as a stag party destination. However, a high police presence, on weekend nights especially, helps ensure this does not spoil it for others. It was recently ranked third richest EU region by GDP per capita. Currency: Euros. Time difference from UK: 1hr.

Public transport throughout the city region is free with a Bratislava Card (see below). 9km north east of the centre, Bratislava Airport is served by regular buses during the day, hourly at night – journey time, 20 minutes. The centre is great for walking since compact and largely pedestrianised. For longer journeys or in bad weather, there is an efficient, integrated network of modern trams and buses.

Stay at 4-star Austria Trend Hotel Bratislava (Vysoká 7490/2, Staré Mesto 811 06 Bratislava; T: +421 (2) 527 758-18;), where historic Old Town ambiance and contemporary architecture meet. The hotel’s unique facade – with its 26 illuminated stamps – immediately impresses, even before you are dazzled by the gigantic sparkling 3-metre-high chandelier in the lobby! An atmosphere of effortless style and luxury pervades throughout – modern, spacious rooms; top-notch service; relaxing wellness zone; and fine food and drink. Perfect for fun or business. And thanks to its central location, slap-bang next to all scene and sights! 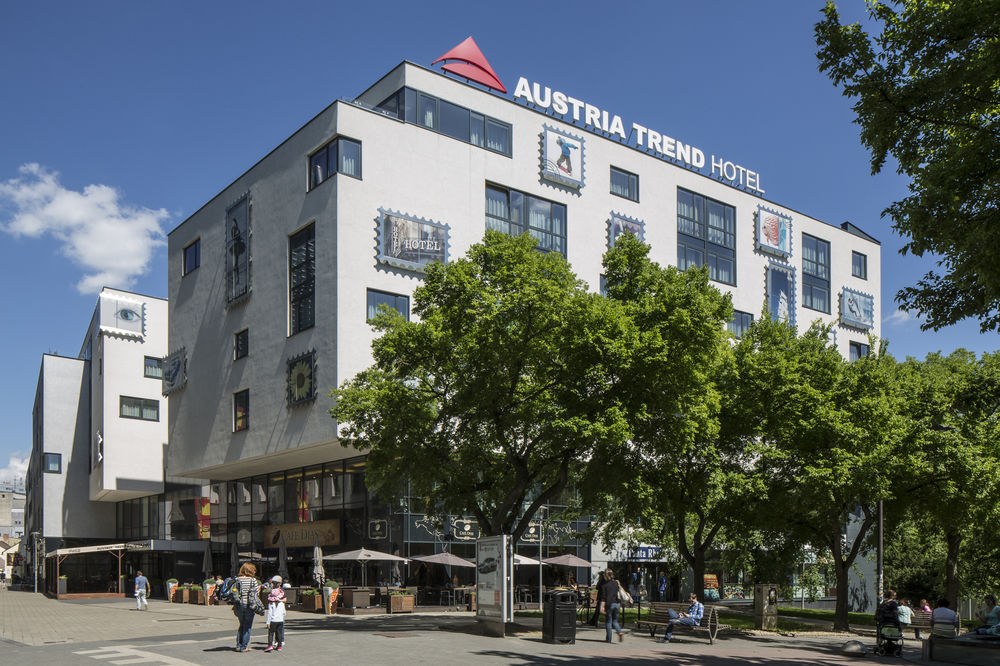 Enjoy a “Morgenstund” breakfast buffet, including fresh fruits, freshly baked pastries and bread, and a wide selection of regional delicacies. The kitchen can also spoil you with lunch or dinner upon request. Enjoy a coffee, cocktail or snack in the cosy, exclusive café-bar, open daily 9am-11pm. 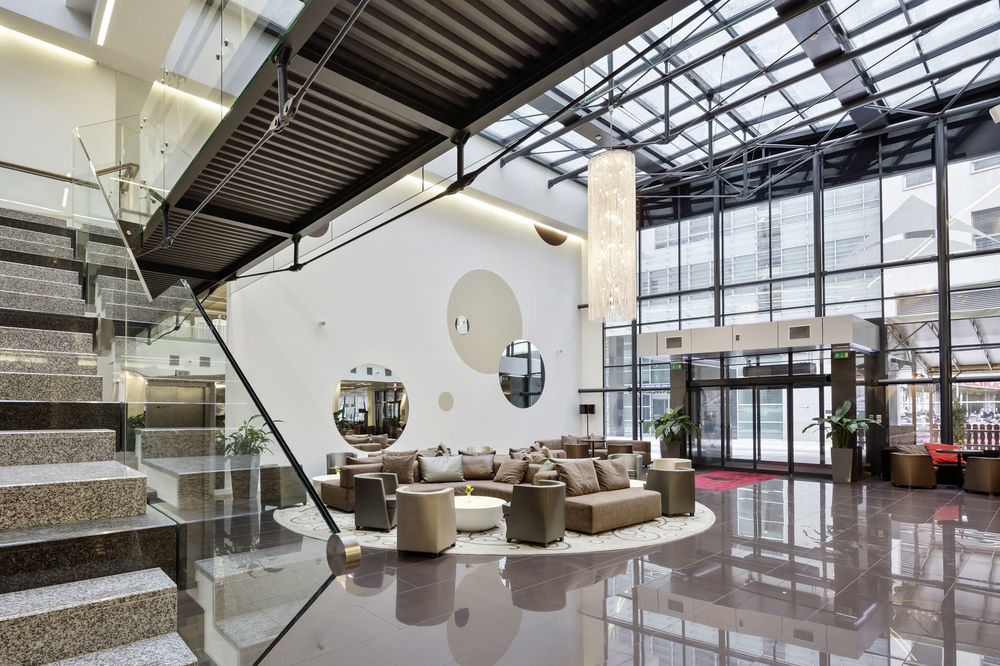 Make the most of your time with a 24/48/72-hour Bratislava Card, granting free admission to 14 museums and galleries in the city and region; discounts of up to 50% on many other outlets and attractions; a free hour-long guided group walking tour in English at 2pm daily; plus complete freedom aboard local public transport in the region, including to/from the airport! On sale online, at tourist information offices and other partner outlets throughout the city!

Same-sex activity was legalised in 1962, with an equal age of consent (15) set in 1990. Anti-discrimination legislation is in place including a 2013 amendment classing homophobia as a hate crime. That said, Catholic-dominated Slovakia is still a tad conservative on gay issues. A bill to recognise same-sex marriage was voted against in 2012; and a 2015 referendum on amending the constitution’s definition of marriage failed due to low voter turnout. However, there has been an increased tolerance in attitudes in recent years too, not least amongst the young. While anti-gay violence is rare, it can happen, so use your nod. The annual Bratislava Pride every July is supported by many foreign embassies in the city, and is generally peaceful, despite the odd counter-protest.

Bratislava’s small but beautiful gay scene is compact and central – a few bars and clubs, with additional regular club nights, plus a sauna. The rest of Slovakia has almost no gay scene. 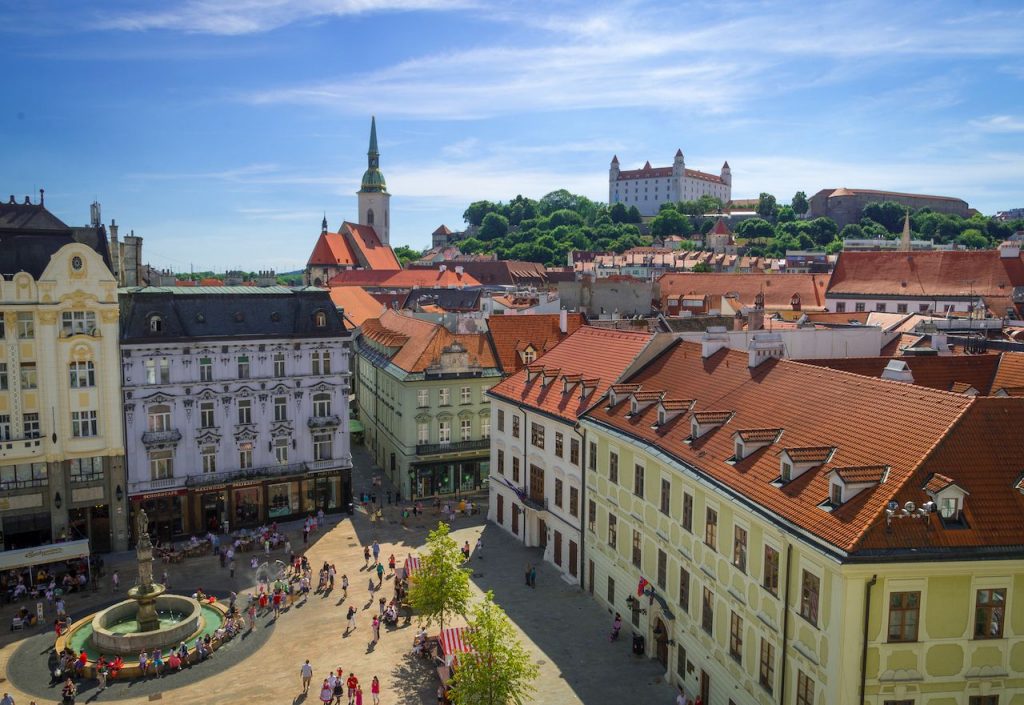