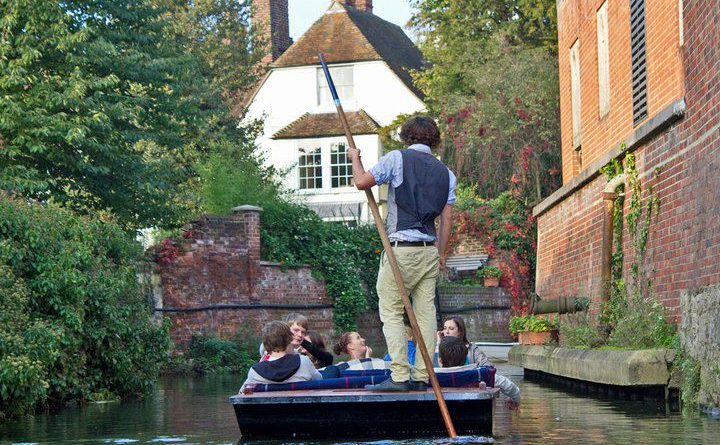 More and more gay families now include children – adopted, biological, maybe even from previous heterosexual relationships. So where better to take the wee sprogs than for a fun few days out in historic Canterbury? Perhaps for Pride! All a wee chug away on super Southeastern! 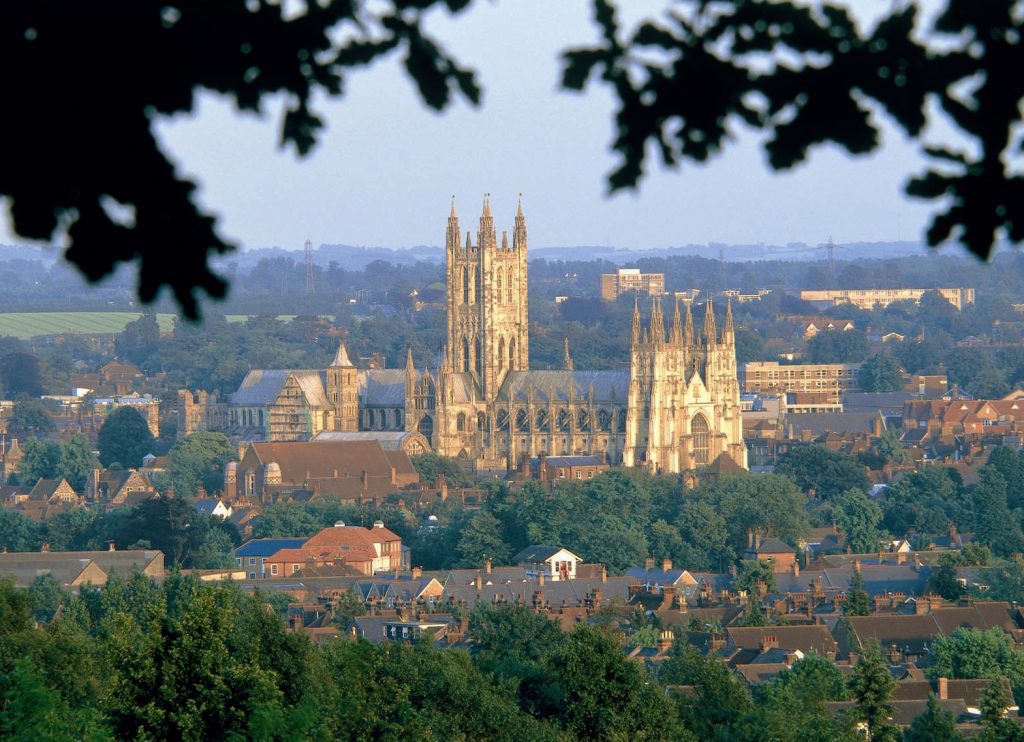 The Canterbury Males: Roll over, Chaucer! We’ve our own tale to tell! Brimming with ancient heritage and heavenly student hoards, kids – of all ages – will love surely the most historic town in Kent!

Resting on the River Stour, little Canterbury (population 55,000) boasts a UNESCO World Heritage Site (Canterbury Cathedral, plus St. Augustine’s Abbey, plus St. Martin’s Church, the oldest church in the English-speaking world); and is the seat of the Archbishop of Canterbury – primate of the Church of England and the worldwide Anglican Communion. So already sounding pretty gay!

Called Durovernum Cantiacorum in Romano-Celtic times, by the early Middle Ages the town had become known by the Anglo-Saxon name of Cantwarebyrig – “fortress of the men of Kent”. In 597, Pope Gregory sent Saint Augustine to convert Britain to Christianity, after which Augustine became the first Archbishop of Canterbury, prompting an economic revival, notably in pottery, textiles… and leather! The town was then ravaged by Vikings, then conquered by Normans, becoming a shrine and place of pilgrimage after the murder of Thomas Becket in 1170 – the backdrop to Geoffrey Chaucer’s Canterbury Tales. Then came the Black Death, the Dissolution of the Monasteries and the English Civil War.

The Canterbury and Whitstable Railway became arguably the world’s first passenger railway in 1830 – now the aptly-called Crab & Winkle Way, just for walkers and cyclists, along its pleasant cloisters-to-oysters route! After World War Two, when the city was extensively bombed, a ring road was built in stages outside the city walls to alleviate growing traffic congestion, and the city centre was later pedestrianised. But then another gay explosion: huge numbers of young students appeared from the 1960s onwards, with the arrival of the big new unis – the University of Kent, Canterbury Christ Church University, the University College for the Creative Arts, and the American University!

Canterbury boasts a trove of history and culture, much of it penned inside large surviving oft-walkable fragments of the lofty old city walls… 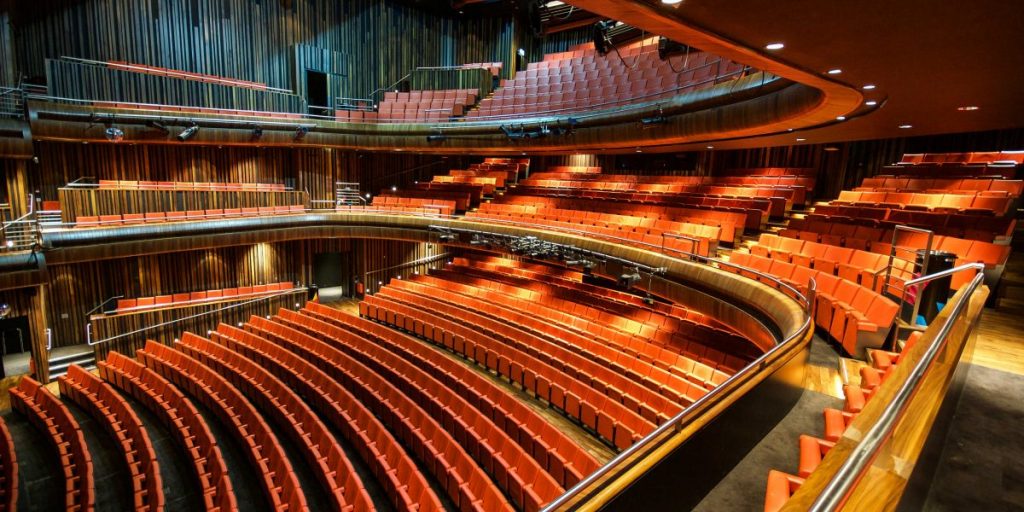 Enjoy a pre-show drink at one of the theatre’s stylish, spacious and lively bars, on three levels, all with stunning views of Canterbury.

And savour the friendly atmosphere in the theatre’s relaxed, cosy and informal café-bar-restaurant, The Green Room, which serves freshly-cooked locally-sourced food. The Green Room is open for snacks, lunch and pre-show meals Monday to Saturday, 9am – 8pm – only closed on Sundays (unless a show is on) and Boxing Day. Reservations can be taken for both lunch and pre-show meals, and the pre-show menu (with an option to have the desert at the interval) is available from two hours before the performance. A special family menu is available during pantomimes and family shows. In summer, you can even dine alfresco out on The Sunley Terrace overlooking the lovely River Stour and Cathedral. To book a table, call 01227 862485. 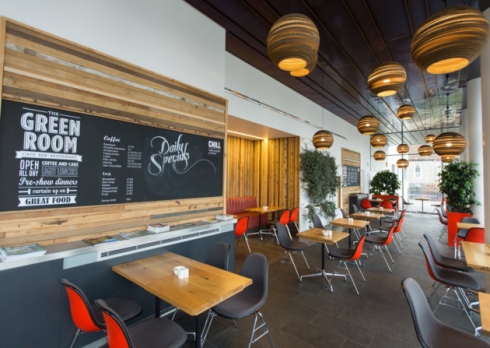 The vibrant Gulbenkian Theatre, at the University of Kent campus, just north west of city centre, also houses a great cinema and café.

However, when strolling the narrow lanes just south of the High Street, you’re bound to stumble upon the only LGBT bar in town – it’s definitely quality, not quantity, in Canterbury! Thankfully, bright and modern Limes Lounge (13 Rosemary Lane; T: 01227 455164;) is always abuzz with lots of cute young students, all too keen to throw some shapes on the dance floor!

Indeed, everyone loves a party! And few are quite such fun as Canterbury Pride (normally every June) – a spectacular celebration of identity for the whole family, led by the LGBT+ community, set in the city centre, featuring a parade through the High Street, followed by live entertainment plus food and drink in the Dane John Gardens!

In such a student-dominated town, it’s hard to miss fellow openly gays bods at almost every turn, as one’s own organic gaydar begins its crackle-and-twitch! And, of course, these days you’re rarely more than a metre or two from even the most closeted queer life, thanks to the usual apps and social media!

Stay at wonderfully central Premier Inn Canterbury City Centre (1-7 New Dover Road, Canterbury), just outside the city’s walls, yet still close to all sights. The perfect base, to recharge in its tasty restaurant and/or relax in its spacious rooms with their extra-comfy beds! 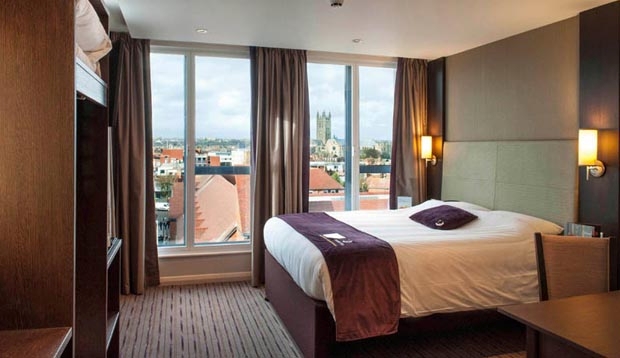 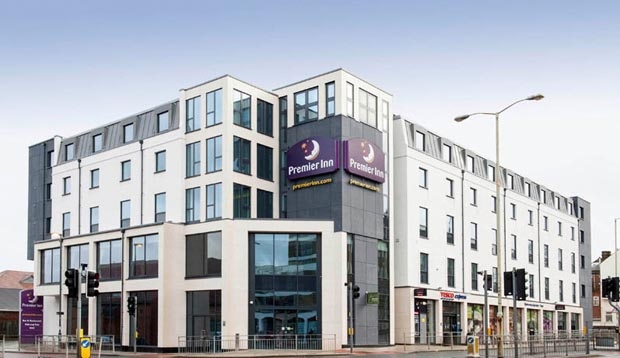 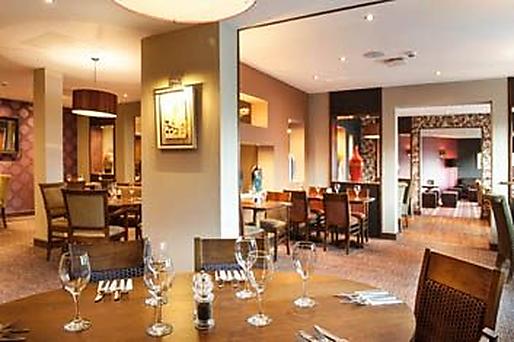 The new luxury king-size Hypnos bed is indeed the stuff of dreams, boasting an ultra-comfy, pillow-top mattress supported by over a thousand pocket springs for the soundest sleep ever, plus lightweight yet toasty duvet and choice of firm or soft pillows! No wonder the hotel’s happy to offer its famous money-back “Good Night Guarantee”! Rooms also offer powerful showers, with baths at most hotels; Freeview TV with 80 channels; free Wi-Fi and a handy desk and chair; tea and coffee making facilities; cocooning blackout curtains; and adjustable room temperature settings!

Peckish? Thyme, the hotel’s in-house restaurant, has a fab new contemporary British menu, from gourmet burgers and steaks to salads and delicious desserts, all freshly prepared using quality ingredients. Great kid’s menu too! With even more tempting choices, the ‘Premier Inn Breakfast’ eat-as-much-as-you-like buffet is bigger and better than ever, with up to two under-16s eating breakfast free per fully paying adult. Keep ‘em peeled for the ‘Meal Deal’ too: a ‘Premier Inn Breakfast’, plus any 2-course dinner with a selected drink!

All parts of Kent, including Canterbury, are easily and swiftly reached by Southeastern out of central London. And you can even “catch the #trainbow” this summer, as the rail company demonstrates its commitment to the diverse communities that help make up its own staff, and that it serves across south east London and Kent, by giving a “rainbow makeover” to Britain’s fastest domestic passenger train!

Southeastern is well-nigh literally bringing the love to LGBT+ Pride events throughout the region, with its specially-liveried train – the brainchild of its own employees – delivering a splash of colour not only to London Pride (Sat 7 July 2018), but also to Margate Pride (Sat 11 Aug 2018) and Folkestone Pride (Sat 18 Aug 2018). It will also be running on the same day as Tunbridge Wells Pride and Hastings Pride (Sun 26 Aug), connecting with other Southeastern train services between Kent, East Sussex and London.

The train – one of Southeastern’s iconic Class 395 ‘Javelin’ trains, used on the Highspeed service that travels at up to 140mph and connects London St Pancras with destinations across Kent – will run on all of Southeastern’s Highspeed routes until September, during which time passengers and photographers alike are invited to share their pictures of the train using the hashtag #trainbow on social media including Twitter, Facebook and Instagram. 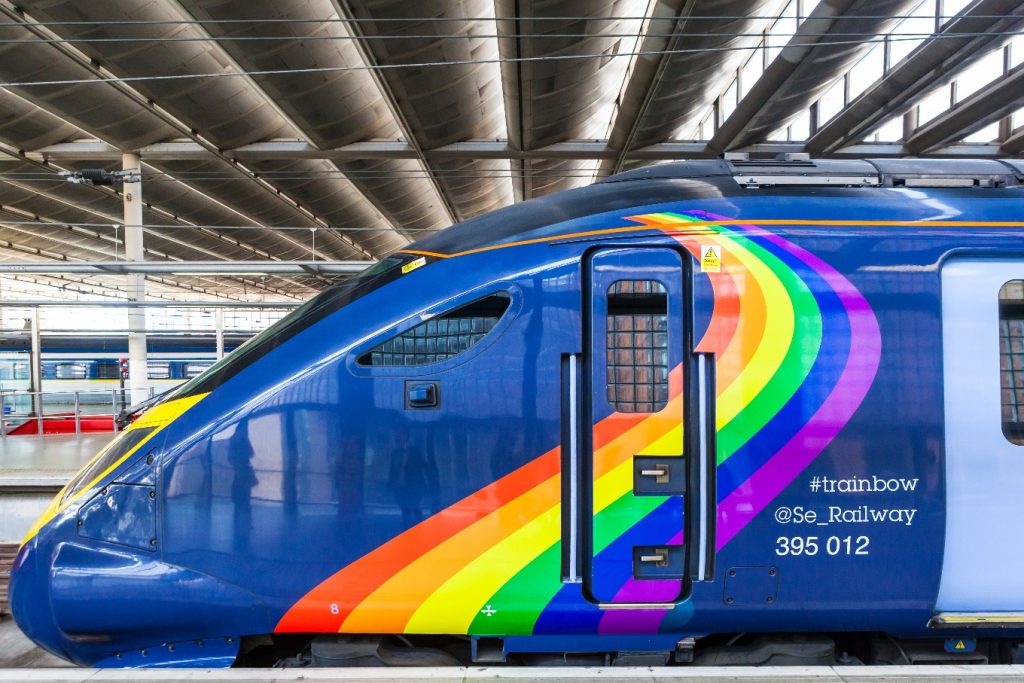