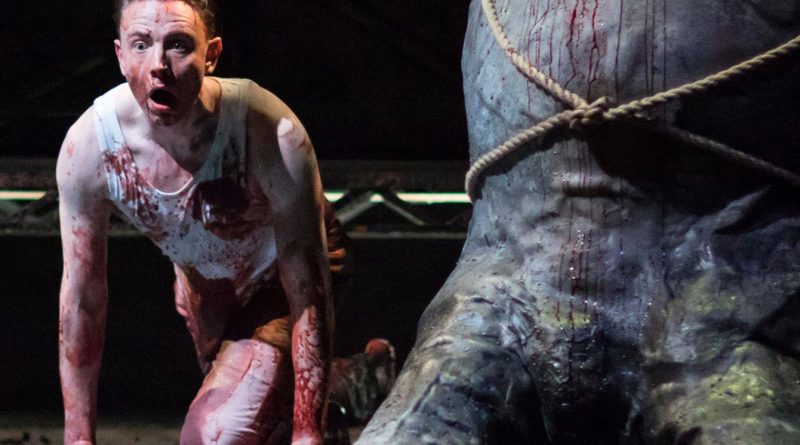 Still abuzz with recent celebrations of the life and still-very-living work of its most famous son, over 400 years after his death, you scarce need another reason to visit Stratford-upon-Avon. Yet here are ten!

3.     The MAD (Mechanical Art and Design) Museum – fun, quirky and unique attraction, slap bang in the centre of Stratford-    upon-Avon, housing around 60 interactive mechanical contraptions. Perfect for kids of all ages, including the adult kind, especially if you like art, design, science and/or engineering! Rolling ball machines, water clocks, interactive light walls, 3D faces, giant rocking birds and so much more!

But naturally, it doesn’t all have to be brand new! You can still – as ever – enjoy the rest of the town’s main ‘Shakespeare Trail’, taking in key sites connected with the great writer’s life, and death… mostly featured on the Shakespeare’s England Explorer Pass! For many, Stratford’s heart and soul will always be Shakespeare’s Birthplace, the half-timbered house-with-garden where he was born in 1564, and which stayed first in his family and then in his sister’s ‘til 1806 – complete with more recent biographical exhibition attached, and even actors performing famous speeches and scenes from the plays! Hall’s Croft, where Shakespeare’s eldest daughter, Susanna, may have lived, is mere streets away.

A mere minutes’ walk from the Swan Theatre, down some pre-show pub grub in the “Dirty Duck” (a.k.a. ‘The Black Swan’, Waterside, Stratford-upon-Avon; T: 01789 297312;). What with all the theatre crowd, not least post-show, it’s probably the closest thing Stratford-upon-Avon has to a gay venue!

For something truly special, stay and/or eat at The Townhouse (16 Church Street, Stratford-upon-Avon; T: 01789 262222;), housed in a recently refurbished 400-year-old Grade II Listed building directly opposite Shakespeare’s old school, slap-bang in the town centre. Its bustling bistro is open all day, whether for a fab breakfast, light lunch, simply delicious afternoon tea, quick pre-theatre set-menu supper or more relaxed dinner – all locally-sourced and freshly-prepared! Its charming bar offers an amazing selection of wines, whiskies, craft beers, champagnes, cocktails and gins throughout the day too – plus live piano played by extremely talented students from King Edward’s School over the road every day, Mon – Sat, at 5.30pm! The Townhouse is, moreover, a small boutique hotel with 12 luxury en-suite bedrooms, sporting chic décor, elegantly and effortlessly combining the old and the new – all with king/queen-sized beds, drench showers, Temple Spa toiletries, Nespresso machines, iPod docks, TV/DVD players, free Wi-Fi and even a small decanter of free port! Don’t forget to ask about the wonderful ghosts! Rooms from £130 per night midweek and £165 per night at the weekend for B&B. Two-night bookings only at weekends (Fri and Sat nights).

Alternatively, just a five minute stroll over the Avon, across from the theatres, stay at the spacious 4-star Macdonald Alveston Manor Hotel, (Clopton Bridge, Stratford-upon-Avon; T: 0344 879 9138 / 01789 205478;), boasting many original 16th Century Tudor features, complete with 113 fab en-suite  rooms and suites, both in the old building itself and in the modern wing, with flat-screen TVs and Elemis toiletries; meeting and event facilities; attractive landscaped gardens; and a luxurious spa, with 18-metre heated swimming pool, sauna and steam rooms, state-of-the-art gym, treatment rooms and experts on hand. All set amidst pleasant luscious lawns. Peckish? Enjoy fine wines and a classic seasonal British menu with a modern twist in the award-winning AA-rosetted Manor Restaurant, with its attentive and friendly service, amidst beautiful oak beams and mullioned windows; or, for something more informal, relax in the oak-panelled Blue Lounge, or out on the garden terrace, for a coffee or tasty snack. Fab breakfasts too.

Just across the parkland from the theatres, why not pop into the Crowne Plaza (Bridgefoot, Stratford-upon-Avon; 01789 279988;) for a nice drink or bite. Set amid landscaped gardens beside the River Avon, enjoy breakfast, lunch or dinner at the Riverside Restaurant, buffet or á la carte; or relax with a drink or light bite in the Terrace Lounge & Bar. Brill!

Over the road from the theatres, drop into The Arden Hotel (Waterside, Stratford-upon-Avon; T: 01789 298682;) for an afternoon tea, served daily 12 noon – 3.45pm, offering a variety of cream teas, full afternoon teas and – for a touch of luxury – sparkling afternoon teas with a glass of fizz!