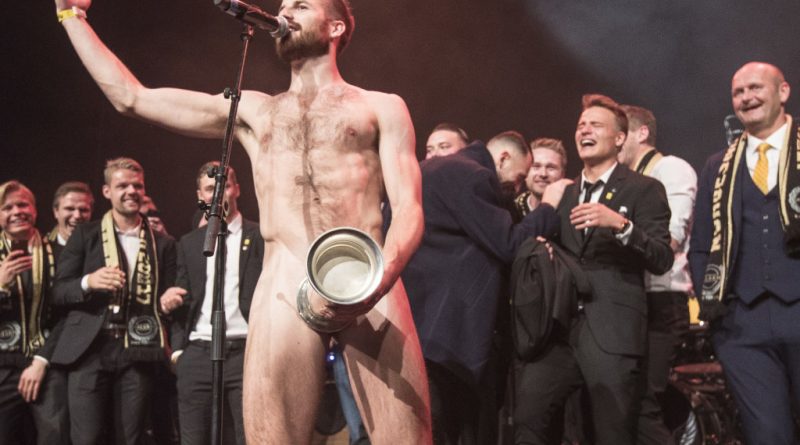 Hunky Norwegian Footballer Aleksander Melgalvis could barely contain his excitement (or his modesty) as he stripped off in celebration of his team Lillestrøm SK’s 3-2 win against Sarpsborg 08, which meant the team won the Norwegian FA Cup for the first time in a decade.

During Mondays trophy parade, the 28 year old Defender took control of the microphone and proceeded to completely strip off, before placing his genitals into the cup. All of which you can see in the video below.

Despite backlash from fans and officials claiming he was ‘disrespecting the cup,’ Melgalvis statement shows he does how little he thinks of that viewpoint.

“I’ve come a long way to play in a cup final,” he told the Dagbladet. “Of course I can understand that [people thought] it was a bit over the top. I’ll admit that and apologise, but it is not something I regret.”

It’s not the first time this kind of celebration has taken place in Norwegian football, with RBK player Christan Gytkjær releasing a similar picture on social media last year.