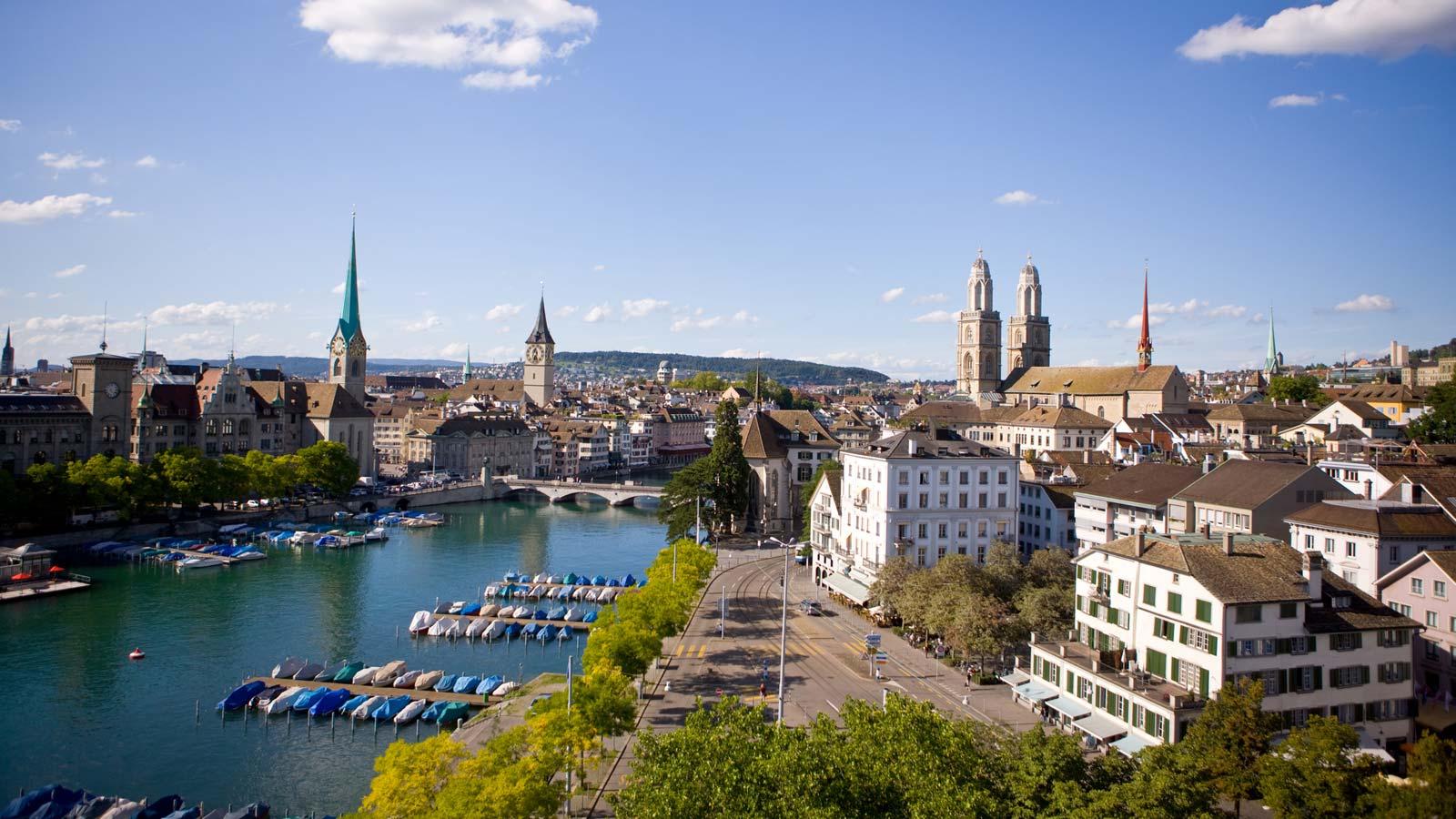 Delicious food, tasty men! Bent’s Adrian Gillan bites off as much as he can possibly chew at the annual Food Zurich fest (7-17 Sept 2017) – in a city that can satisfy all appetites at any time!

Perched alluringly on the banks of a sparkling lake, Zurich naturally hubs history, quality, beauty and global fusion. This undisputed gay HQ of Switzerland also produces some of the finest food, and fittest men – both in especial abundance during the Food Zurich fest, now in its second year! 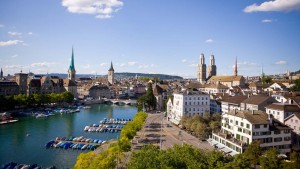 Located in the lively, gay-frequented nightlife quarter behind Zurich’s main railway station, playful, creative, trendy, colourful, chic-and-cheeky 25hours Hotel Langstrasse (Langstrasse 150, Zürich;) strives, and succeeds, to be “a small, independent universe, inspired by the contrasts between the banks and red lights” that hem it in. Thus: fab for work or pleasure!  Designed by Werner Aisslinger, its 170 guestrooms on 7 floors come in 3 categories, from M to XL – plus rock-star ‘plaza’ and ‘trainspotting’ suites – all boasting free Wi-Fi, iMac workstations and UE Boom Bluetooth speakers, plus handy feel-free-to-use FREITAG bags! Relax in the fun living room or business lounge; make sweat in the penthouse sauna or fitness centre; browse in the kiosk shop; and drink or sup in the saucy style-set Cinchona bar or at Neni restaurant (see below)! Guests can even rent the hotel’s Minis – for free! Professional staff, with personality – always there to lend a helping hand! Near scene ‘n sights! 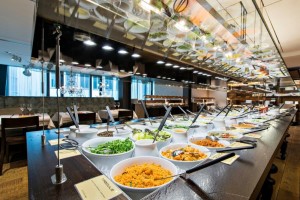 Experimental Swiss dishes meet traditional recipes meet international trends – at the Food Zurich fest! Over 11 days (7–17 Sept 2017;), 150 or more events showcase Zurich’s culinary creds – as a melting pot for chefs and gourmets, for curious foodies and fun-seeking families, for solo, duo or groupie queers – cooking up a feast for all who love good food! Innovative tastes are created and enjoyed in a wide variety of settings across the city – from established restaurants, through pop-ups in museums or castles, to markets and even private homes. Gorge on everything: fine food, social food, street food! Young or old of all persuasions can get hands-on too, to savour cookery courses, workshops or tastings! The reuse of surplus food has also been an especial theme this year! 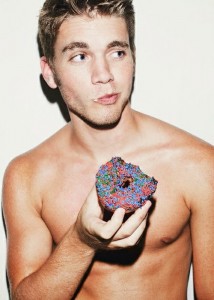 Top tips for a stunning food-slanted gay trip to Zurich, during the food fest – or at any time:

And so: as one appetite doubtless sates and wanes, another swells and quivers.

A big chunk of Zurich’s gaybourhood is located in the older part of town. If you’ve still tummy space, graze out with queers at Chez Marion (Mühlegasse 22;), or prowl over the street, to the Predigerhof Bistro Bar (Mühlegasse 15;) for a lighter snack or drink.

Old Cafe Odeon (Limmatquai 2;) attracts a young, arty crowd, tho’ probably a tad less gay than of yore; and historic Barfüsser (Spitalgasse 14;) is now a sushi bar-cum-lounge, so hip it hurts, but still gay-frequented by many. Mere streets away is fresh-and-fruity, tucked-away two-level gay cocktail palace Cranberry (Metzgergasse 3;). For something friendly yet tad less trendy, walk north to Petra’s Tip Top (Seilergraben 13;).

Want to just let off steam? Old Town saunas include Paragonya (Mühlegasse 11;), next to Predigerhof; and Apollo (Seilergraben 41;) along from Petra’s Tip Top. Or, in summer, by day, sunbathe nude on the more secluded bits of Zurich’s very own Werdinsel Island.

New gay venues have also been opening in hipster Zurich-West too, including ultra-cruisy Rage (Wagistrasse 13; – Note: Strict dress code for one of its three levels). 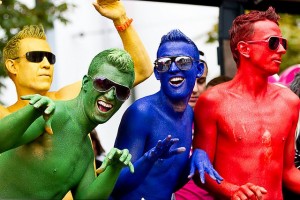 Zurich has always been culturally and politically liberal.

Of course, if you come to Zurich and you just do gay things, you’re not just gay, you’re dumb and gay!

Experience more sights for less money with a 24/72-hour ZürichCARD allowing unlimited 2nd class travel on all public transport in the city and surrounding area; free or reduced admission to most of Zurich’s museums; plus a wide range of other discounts and surprises!

Reflected in the water of its eponymous Lake, with a magnificent view of the snow-capped Alps on the horizon, 1.2 million-populated Zurich lies at the centre of Switzerland and in the heart of Europe, offering a unique mixture of attractions – over 50 museums and more than 100 art galleries; an Old Town with cute bridges, alleys, squares and churches, like the Romanesque Grossmünster and the Fraumünster with its stained glass choir windows by Marc Chagall; international fashion labels and designs; and the aforementioned most vibrant and lively nightlife in the land.

Some 150 years ago, part of the city’s fortifications was transformed into the Bahnhofstrasse – Zürich’s “shopping mile”, which has contributed largely to the city’s reputation as an El Dorado and Mecca for consumers; and is a top go-to address for high-end fashion, jewellery and watches!

You’ll also find über-cool urban chic on display in the nearby Langstrasse and Zürich-West districts.

Yet each street and park in Zurich is an Area of Outstanding Natural Beauty. There they are – living, laughing, lolling. The pretty boys, reared on fresh air, clear water, fine food. So cute you could eat ‘em!