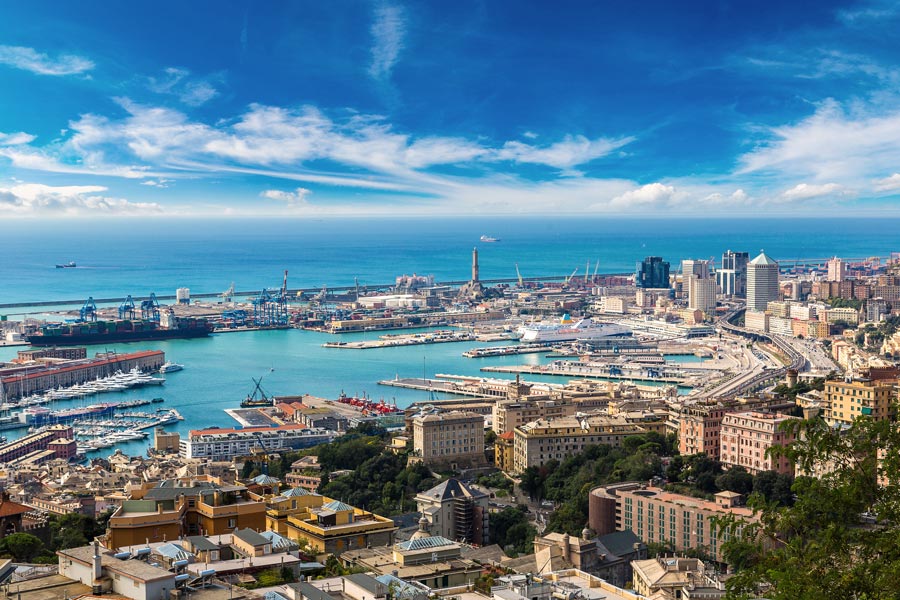 The capital of the “Italian Riviera” and the region of Liguria in North West Italy, Christopher Columbus’ birth city of Genoa (‘Genova’ in Italian) dates back to Roman times and is now Italy’s largest port – a vast horse-shoe harbour set majestically twixt the top end of the Apennine Mountains and the mighty Med. 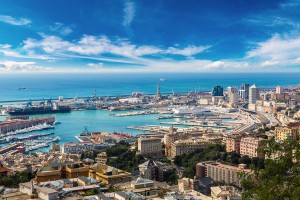 Once the seat of a wealthy trading power, this 600,000-populated gem now boasts a renovated Old Port (Porto Antico), featuring one of Europe’s biggest aquaria; an impressive “World Heritage” Old Town, whose alleys brim with renaissance and baroque palaces, jam-packed with art; top-notch fish and seafood cuisine, not to mention homespun pesto pastas; plus several gay haunts, indoor and out.

Yet, despite recent regeneration, Genoa still retains, in parts, an elegant sense of decay; and its relative lack of tourists compared to some other larger Italian cities gifts it a charmingly “authentic” aura.

Make the most of your time in town with a 24/48-hour Genoa Museum Card (“Card Musei di Genova”), granting free admission to 25 municipal, state, and privately-owned museums in the city; discounts on many other attractions; plus complete freedom aboard local public transport! On sale online, plus at participating museums and tourist information offices.

If you’d like a personal walking tour around town then there’s no shortage of official city guides; but a top tip, not least for getting the gay lowdown, is charming, knowledgeable, hard-working Fulvio Traversoni (fulviotraversoni@tiscali.it)! 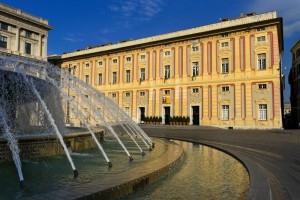 Genoa has one of the largest Old Town areas of any European metropolis – a huge warren of tiny streets and metre-wide alleys called “caruggi”. City highlights include:

Many other attractions, museums, palazzi and galleries are dotted about the city too! Enjoy!

Genoa’s urban regeneration has gone hand-in-hand with its social rebirth, rediscovering the welcoming ethos that long-ago made it the “Gateway to the Mediterranean”, and acting as a catalyst for the city’s LGBT community, spawning a clutch of new LGBT venues. Note: In Italy, a membership card is required for all gay saunas and cruise bars, usually the Arcigay Card or the Anddos Card, which can be bought at any such venue, requiring photo ID on purchase. 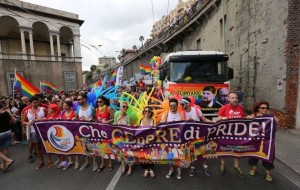