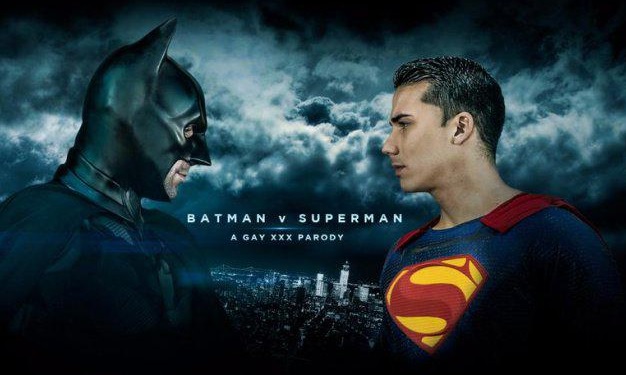 I wear a mask. And that mask is not to hide who I am, but to FUCK WHO I WANT #MENBatmanVsSuperMan pic.twitter.com/deQQD9wPKN

Following the success of Men.com’s Star Wars Parody and starring Trenton Ducati as The Dark Knight and Topher DiMaggio as The Man of Steel, the trailer shows a mixture of ill fitting costumes (which I’m sure don’t stay on for long), laughable attempts at fight scenes, and extras at a party drinking what looks like apple juice (or maybe something else) out of champagne glasses.

I will fuck him. Because he’s not our hero. He’s a silent guardian, a watchful protector. A dark knight. pic.twitter.com/s0pXVGaqqN — Men.com (@Men) 20 March 2016