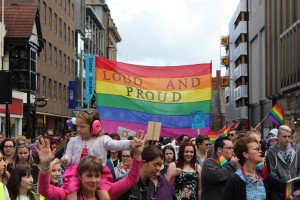 One of the UK’s leading LGBT festivals has proven it is an event to be proud of, after boosting the North East economy by more than £9m.

Newcastle Pride, now officially one of the largest free events of its kind in the UK, attracted a record breaking 71,000 people in 2015, with an additional 480,000 listening live around the world on Pride Radio.

Figures just released by the organisers, Northern Pride, show that this contributed £9.1m to the North East economy – £1m more than originally anticipated.

“Newcastle Pride 2015 exceeded our expectations in terms of visitor numbers and the amount of money generated and we are overwhelmed by its success,” said Mark Nichols, Chair of Northern Pride. “Fingers crossed it can continue to grow in 2016 and for many years to come.”

Newcastle Pride 2015, which had a One Love theme, offered more than a month of live music and entertainment of all ages, with satellite events running at venues across Newcastle. 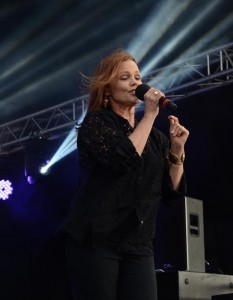 Its key focal point was three days of activities at the city’s Town Moor from 17-19 July, which included headline performances by B*Witched and Belinda Carlisle, enjoyed by more than 50,000 people. 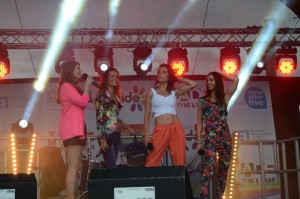 A number of stalls and themed zones were also in operation throughout the weekend, including the Steve Paske Health Zone, where more than 300 visitors were given free STI and HIV tests – 10 of whom are now receiving treatment.

Nick Forbes, Leader of Newcastle Council, which was a key partner in this year’s event, said: “It is fantastic to see Newcastle Pride having such a positive impact on the city and the North East, not just in boosting businesses, but in raising awareness, promoting good health and encouraging inclusivity too.”

Newcastle Pride’s popular parade, which marked 45 years since the first pride marches, was one of the festival’s most well attended aspects, attracting a record breaking 10,000 participants – 3000 more than in 2014 – as well as thousands of spectators who lined the streets to watch.

This influx of visitors, including around 10 per cent travelling from outside a 25 mile radius, proved particularly beneficial to Newcastle’s hotel trade, with around 4000 rooms (based on double occupancy) booked during the Pride weekend.

Stephen Patterson, Director of Communications for Newcastle’s Business Improvement District, NE1, which sponsored Newcastle Pride 2015, said: “Newcastle Pride is an annual highlight in the UK calendar and one which delivers a marked benefit for Newcastle and the North East as a whole.

“We are proud to have been involved with the festival for several years and would like to congratulate everyone involved on 2015’s record breaking success.”