The International Gay and Lesbian Human Rights Commission (IGLHRC) will brief the U.N. Security Council on Monday, 24th August, during the first-ever Council briefing on LGBTI human rights violations. The briefing, an informal session known as an “Arria,”, focuses on alleged atrocities committed by ISIS in Iraq and Syria.

Jessica Stern, executive director of IGLHRC, will provide expert testimony during the Arria to share the organization’s analysis of the ISIS campaign of terror.

“We commend the Security Council for its willingness to confront the horrific acts of violence we have seen perpetrated against Iraqis and Syrians accused of engaging in homosexual acts,” said Stern. “These atrocities add to the official record of well-publicized murders and forms of degradation by ISIS of individuals because of their faith, their gender, their ethnicity, or because they were perceived to be, in one way or another, impure.” 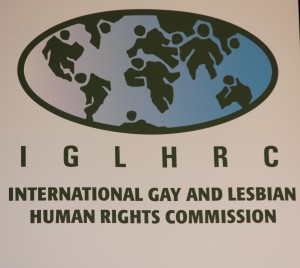 IGLHRC has created a timeline of alleged killings by ISIS for sodomy and other “morality-related offenses” based on data from different sources, including the information offices of ISIS in Iraq and Syria.

Two gay men targeted by the Islamic State, from Syria and from Iraq, will share their stories with the Security Council.

Additional documentation and reporting by IGLHRC on violence against LGBTI people in Iraq:

Every day, LGBTI people’s human rights and dignity are abused around the world in ways that shock the conscience. IGLHRC, marking its 25th anniversary this year, fights to protect and advance dignity and human rights as part of the global human rights movement. We empower people on the front lines, hold leaders accountable and measure our impact through positive change in people’s lives. We work with the United Nations, regional human rights monitoring bodies and civil society partners. IGLHRC holds consultative status at the United Nations as a recognized Non-Governmental Organization representing the concerns and human rights of lesbian, gay bisexual, transgender and intersex people worldwide.