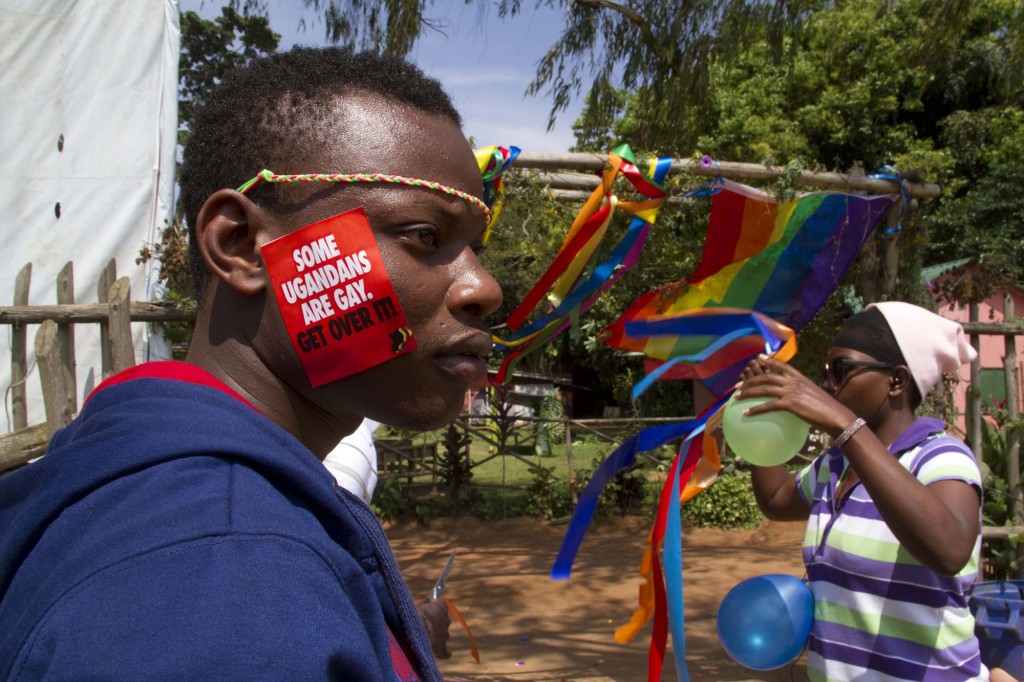 Uganda is an Eastern African country that made the headlines in 2011 with a proposed legislation which newspapers named the “Kill the Gays” bill. This new law would introduce the death penalty for serial offenders in same-sex relationships.

In 2014, the Anti-gay bill was passed and signed in to law by President Museveni on 14th February . Not the best Valentine’s Day gift, especially if you’re in a same-sex relationship. Later that year, the Ugandan court annulled the legislation as it wasn’t passed with the requisite quorum and therefore illegal – basically it was failed on a technicality. That was almost a year ago and although the inhumane bill has not been resurrected, Uganda is still no safe haven for the LGBT community. It is still illegal to be gay and politicians are now drafting a new bill which would make even the promotion of homosexuality illegal. Thanks Russia!

Being gay in Uganda must be difficult and at times terrifying; so it is all the more incredible, that there is a Ugandan Pride. Last year, one week after the bill had been overturned, the gay community organised a Pride Rally. Held in Entebbe, the police granted permission for an invitation-only event.  Although it is illegal to be gay punishable by a jail sentence, the promotion of homosexuality is not. If the new bill is passed, ta king part in a Pride event like this could see attendees behind bars.

But that new bill hasn’t been passed and hopefully never will. One year on and the LGBT community in Uganda are once again gearing up for this year’s celebrations. Running from 5-9 August, the week of events will include a talent show, an exhibition and of course the all-important Pride Parade and crowning of Mr and Mrs Pride. With President Obama talking about gay rights in neighbouring country Kenya just last week, perhaps other African nations will take this as a sign that the world needs to grow and accept everyone as equals.

We all know the importance of Pride events; the impact they have had in Western society over the past few decades has been incredible. We just wish the same for Africa and that Uganda Pride is a trouble-free celebration of life for all.