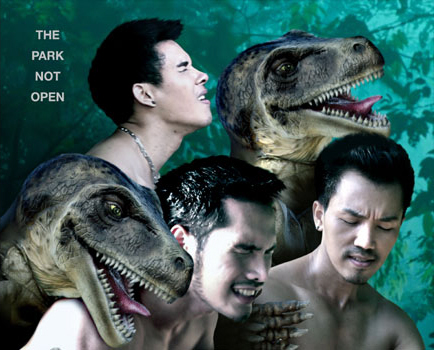 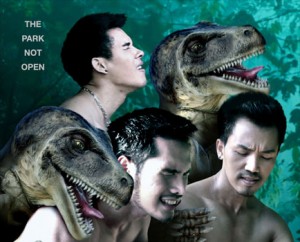 Loosely based on the Universal Pictures epic adventure, the trailer shows a man in drag playing Claire and a group of men dressed as raptors. Unlike the original, when these dinosaurs attack, it’s not just their claws that get stuck into their prey. There is a lot of man on man action as well as raptor-man on man.

Too good/weird to believe? There’s a trailer on YouTube!

And you can check out the whole film on GThaiMovie’s website.