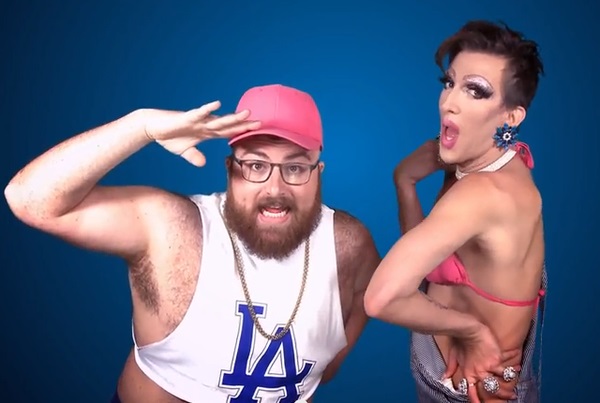 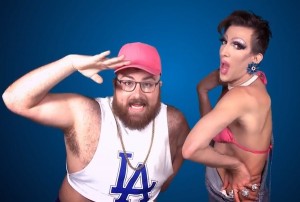 New York drodge queen Marti Gould Cummings knows what she wants and how to get it. This week, she joins the gay rapper Big Dipper on “Show Me Your Dick”, a brazen new club track from FWB Records, about making what you want known loudly and clearly because you don’t get what you don’t ask for.

The maxi-single includes three brand new remixes: the original edit (a high-energy club banger that serves supersized house beats and a hilarious, irresistible hook), the “Fish Mix” (an all-Marti all-the-time track) and a deep house remix by FWB label-head David Sylvester featuring heavy techno, churning synth stabs and a commanding snare rush. “It’s a great song for the gym, a backyard BBQ, frightening your conservative relatives, playing in front of The Westborough Baptist Church, or for a night of dancing at the club,” say Marti.

“I used to be shy when it came to asking fellas out but lately I have been taking the no fucks to give mentality,” says Marti Gould Cummings from his home in New York. “What’s the worst they can say…no? If they do, who cares? On to the next!”

The idea for “Show Me Your D*ck” came about while Marti was on holiday in Miami. “A record producer approached me about making a club track mixed with my humour. I am a stand-up comedian and a show-tune gal; making a club song was very different from what I usually do. But I’m all about branding myself and spreading what I do to as many people as possible so I thought, why the hell not?”

Marti recorded the song but knew it needed that something a little extra, so he called on his long-time friend, rapper Big Dipper.   “On the outside, Dipper and I appear as polar opposites but we are really very similar in that our art is our entire lives. We love to entertain.”

Dipper also showed Marti the ropes on the music business. “He taught me about rolling with the punches and being confident. I really admire Big Dipper. Not only is he extremely talented, he has been a great friend and mentor throughout this process.”

Since making his debut in 2005 at The Duplex in New York’s Greenwich Village, Marti Gould Cummings has been a Manhattan staple in the cabaret world, performing many of the city’s most popular hotspots including current shows at The Ritz, XL Nightclub, New World Stages, Barracuda and Industry Bar.

“Although I may be dressed in women’s clothing, I do not consider myself a drag queen,” he says. “I am a performer who simply bends the rules a little.” 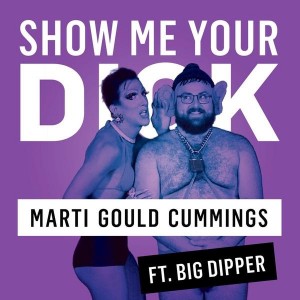 Marti grew up on a farm in Maryland where he was the flamboyant boy on the playground, running around, belting show tunes at the top of his lungs. “I flew from my mother’s vagina on a broomstick with sequins exploding out my ass,” he laughs. But the sad truth is he didn’t have any real friends. “I was painfully shy! How I wish I could have been brave enough to walk up to some farmer boy in the back of the cornfield or down by the watering hole and say ‘Show me your dick’. It was lonely on the farm!”