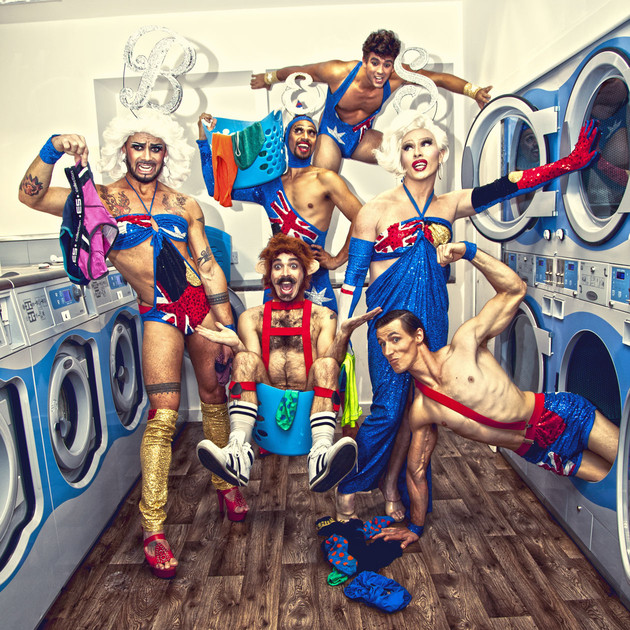 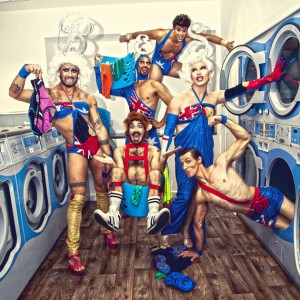 This summer, Briefs, the heart-stopping blend of cabaret burlesque, Australian machismo and punkish swagger is set to take the UK by storm following a barnstorming year of sell out runs and ecstatic reviews across the world. In the lead up to their mega London season at London Wonderground throughout August and September, the boylesque supergroup have a packed diary of special appearances and guest slots at some of the biggest Summer events across the country, demonstrating that they are amongst the most in demand live acts around. Over the course of two consecutive weekends in June, they will perform at three major summer festivals – at the biggest celebration of live theatre in the UK West End Live, in the largest greenfield music and performing arts festival in the world, The Glastonbury Festival where they headline the Circus Tent every night for the second year in a row and at London’s prime LGBT event, Pride. 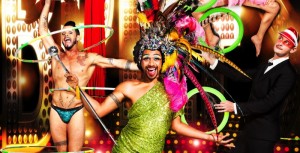 The six Aussies and one New Yorker are powered by a fierce energy as they mix up a potent blend of drag, glamour and athleticism, infused with dancing, tumbling, juggling, acro-balancing, trapeze, hula hooping, lip syncing, sequins feathers and frocks. .

Incorporating whole portions of new material into some of the Briefs’ favourite fare, the show combines an eye-popping blend of dog show satire, intimate yo-yo tricks, wind machines, Busby-Berkeley spectacle, pure burlesque and an array of serious circus skills. Audience favourite Shivannah (Fez Faanana) has several new and surprising tricks up her voluminous sleeves and leads the chaotic troop through the show with brazen beauty. The Las Vegas award-winning ‘Captain Kidd’ takes a turn as the fabulous bird in his own golden bird bath and stuns the audience with alluring athleticism. The new disorderly Briefs line up also includes the ferocious Dallas Dellaforce, who brings dynamic drag to a new level; one of Australia’s leading aerialists, contortionists and circus trainers, Thomas Worrell, who literally ties himself in knots; Evil Hate Monkey, escaped from New York Zoo and dazzling with his award winning burlesque banana ballet, and fresh-faced circus brats Lachy Shelley – from CIRCA ZOO and FLIPSIDE – and Louis Biggs – from FLYING FRUIT FLY CIRCUS – who melt hearts and have the audience gasping for more.