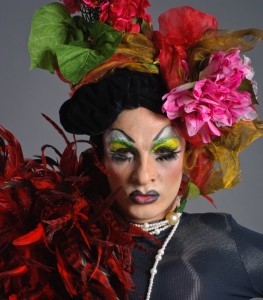 Edge Hill University is to become the first higher education institution in the UK to offer a module dedicated to the art of drag.

The Drag Kings and Drag Queens of Performance module has recently been validated and will be on offer to year 3 undergraduates on Performing Arts and Dance & Drama courses at the University from January 2016.

This module analyses relationships between performance, gender, sexualities and identity and the ways in which performance might be deployed in the service of specific political and cultural agendas.

It will consider a variety of topics including drag performance, costume, lipsyncing and the use of humour and is underpinned by wider theories and histories of sexuality, performativity, gay and lesbian theatre, transgender identities, drag, HIV/AIDS and activism.

Final year students undertaking this module will consider the ways in which performance intersects with other identity-forming discourses such as gender, ethnicity and class.

The module has been devised by Senior Lecturer Mark Edward. Mark says: “Despite the fact that performers have been ‘dragging up’ since Shakespearean times, this module is completely unique in exploring the crossing of boundaries in terms of gender and performance.

“The 2010 Education Act meant that providers of education, including universities, must go beyond non-discrimination based on gender, and in fact, promote equality, and Edge Hill has a fantastic reputation in promoting minority groups in terms of sexual identities.

“As part of undergraduate studies, this module not only explores drag as a highly camp performance art, it also engages with complex gender, feminist and queer theory to explore the social and political implication of ‘doing gender’ in performance. Drag as a performance art form has seen a relative decline in the past decade, yet there are new and exciting emerging forms coming through which makes this module all the more relevant to performance contexts. There’s a lot more to drag studies than wigs, make-up and high heels!”

Mark Edward is a performer, dance maker, writer and educator of dance. He has worked extensively in the dance field including with Rambert Dance Company (Ballet Rambert), Senza Tempo Dance Theatre Company in their world premiere of Lazurd, Penny Arcade (Andy Warhol film ‘star’) in her Bad Reputations, and Julie Tolentino (Madonna’s collaborator) on the Bottom Project.

His current research focuses on ageing performers and drag queens as well as examining inclusivity and equality for boys and men who dance. Mark is the writer and producer of the widely acclaimed work Council House Movie Star, in which he adopts the drag persona Gale Force, which headlined the opening of Liverpool festival Homotopiain 2012. In 2014, Mark’s work explored the prejudice and sexism young male dancers can often experience in an educational environment.

how to hook up car battery
the times dating