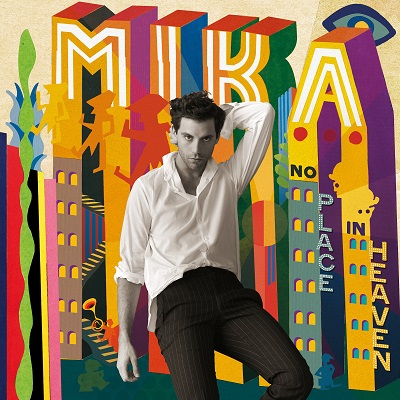 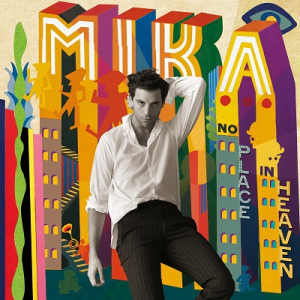 Following on from his multi-million selling worldwide debut ‘Life In Cartoon Motion’ and subsequent releases ‘The Boy Who Knew Too Much’ and ‘The Origin of Love’, Mika’s fourth album ‘No Place In Heaven’ is a striking record that has been crafted by him over the past two years. He enlisted long-time collaborator and Grammy nominated producer Gregg Wells (Katy Perry, Pharrell Williams, Adele, Rufus Wainwright) to produce the new album. The pair creating a mature new record that exhibits Mika’s incredible song writing talents and breath-taking vocals, evoking memories of classic 70s pop albums created by acclaimed song writers Billy Joel, Todd Rundgren, Elton John etc.

Mika has spent the past couple of years conquering the hearts of audiences across Europe, appearing as a judge on the X Factor Italy, a coach on The Voice France and topping the charts in France with the release of “Boum Boum Boum”. In addition to his musical achievements, Mika has been working closely with global watch company, Swatch, as their creative ambassador to create some unique designs for their collections. More recently Mika has been collaborating with renowned Italian fashion house, Valentino, producing bespoke suits with their creative directors.

To celebrate the announcement of his new album, Mika is gifting ‘Last Party’ as an instant grat track to fans when the album is pre-ordered through iTunes. ‘Last Party’, an ode to Freddie Mercury, will be accompanied by a simple yet stunning , shot by celebrated fashion photographer Peter Lindbergh, the first time Peter has ever collaborated with a music artist.

Mika’s previous single ‘Popular feat. Ariana Grande’ recently hit 100 Million views on YouTube and Vevo and has certified gold in the USA with over 500,000 sales. Mika has also sold over 10 million records and received Gold or Platinum awards in 32 countries worldwide across his previous three albums ‘Life in Cartoon Motion’, ‘The Boy Who Knew Too Much’ and ‘The Origin Of Love’, winning Brit and MTV Awards in the process.

‘No Place In Heaven’ to be released on 15th June via Virgin EMI.