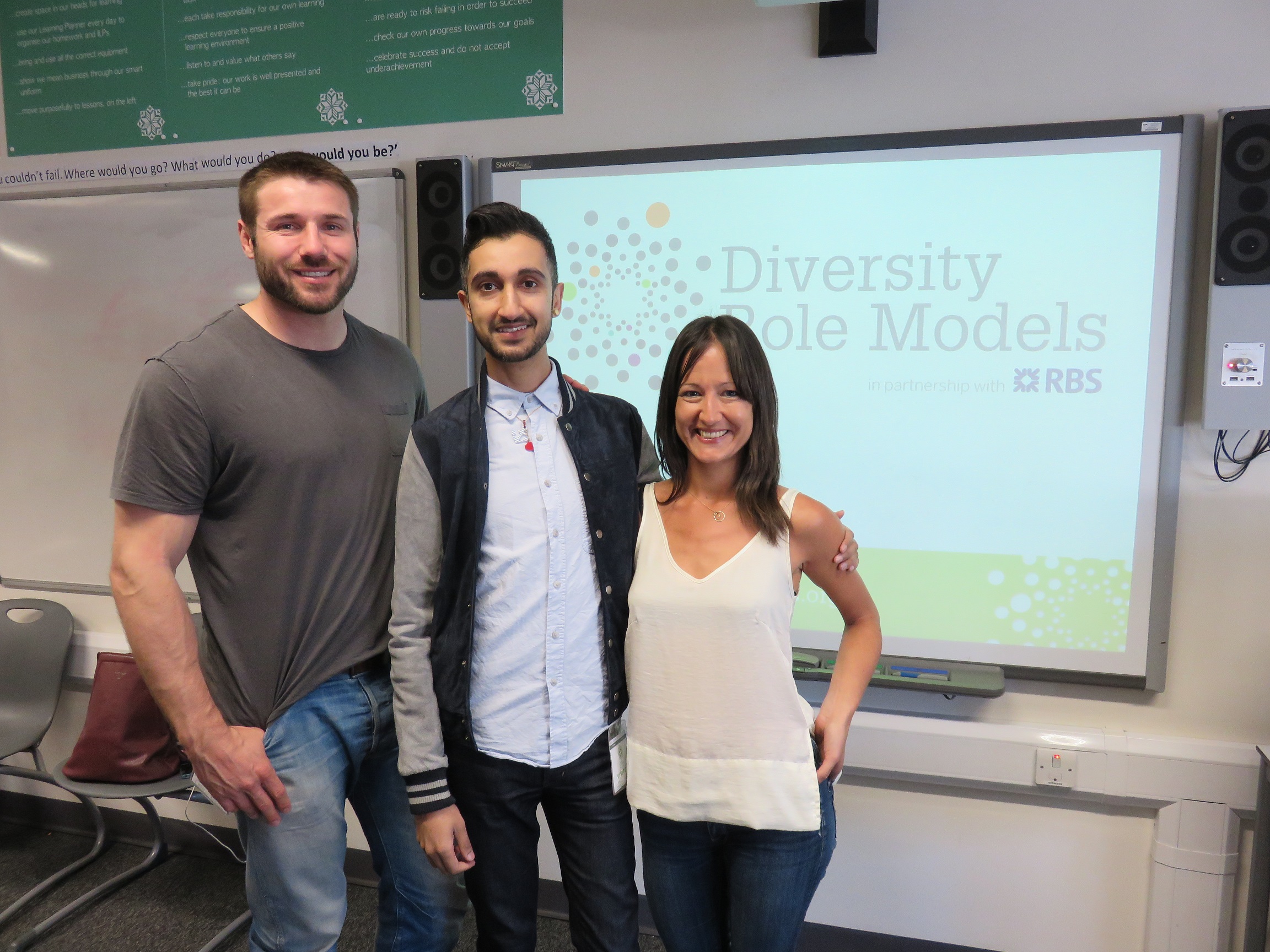 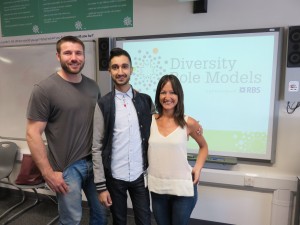 The Ben Cohen StandUp Foundation already supports DRM financially, but this is the first time that Ben has seen DRM’s workshops up close. By breaking down misconceptions and negative stereotypes, the workshops help address the root causes of homophobic, biphobic and transphobic bullying and dispel prejudice.

Suran Dickson, Chief Executive of Diversity Role Models, said: “We’re very proud to be supported by the Ben Cohen StandUp Foundation, and we’re delighted to have Ben join us today in Lambeth. Together, Diversity Role Models and the StandUp Foundation send a strong message to young people that diversity is a positive force in our society and all of us need to work together to challenge bullying.” 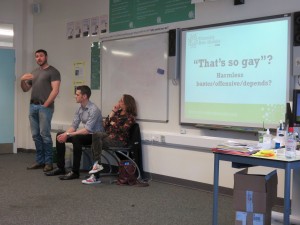 Ben Cohen, MBE, said: “We are very happy to be in a position to support Diversity Role Models. They deliver a fantastic programme and we are really looking forward to seeing their work first hand. We truly believe that working collaboratively with quality organisations like DRM can bring an end to bullying.”

Research shows that LGBT students are three times more likely to attempt suicide than their straight peers. Seven out of ten lesbian and gay young people say homophobic bullying affects their schoolwork and many skip school because of it.

Since formally launching in November 2011, DRM has become one of the UK’s leading anti-bullying charities. DRM has delivered more than 980 pro-diversity workshops to over 22,000 pupils using 220 trained volunteer role models, communicating directly with students of all ages, using positive role models to counter negative stereotypes based on sexual orientation and gender identity.

The Ben Cohen StandUp Foundation is the world’s first foundation dedicated to raising awareness of the long-term, damaging effects of bullying, and funding those doing real-world work to stop it. The Foundation stands up against bullying regardless of to whom it happens.

Ben Cohen, MBE, is an England Rugby World Cup champion, and second in all-time try scoring for his country. As Chairman of the Foundation, Ben travels worldwide speaking to individuals and businesses about the importance of character, respect and equality in creating a kinder world. The cause is close to his heart, as Ben’s own father was beaten to death when he stood up for an employee who was being attacked.