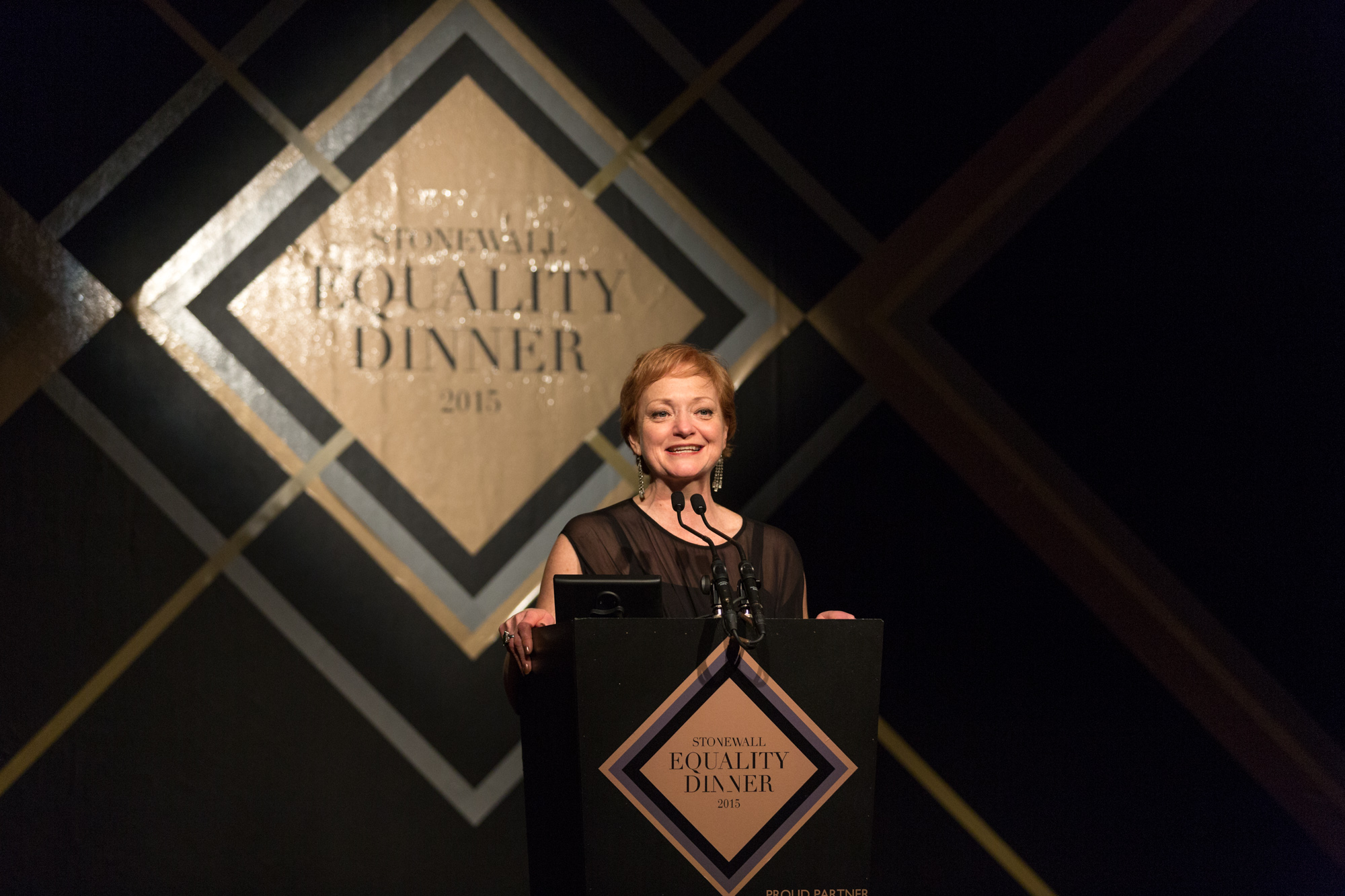 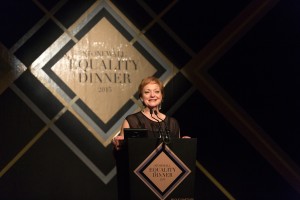 Stonewall, the lesbian, gay, bisexual and trans equality charity, has raised a record £470,000 at its annual Equality Dinner. The event took place at the Hilton on Park Lane and was supported by Aviva, with a champagne reception supported by E.ON.

Speakers on the night included Stonewall CEO Ruth Hunt, Vicar of Finedon, broadcaster and writer Reverend Richard Coles and award-winning writer, actor and director Stella Duffy. All emphasised that while there are certainly legislative achievements to celebrate, there is still a lot to do to achieve social equality for LGBT people. 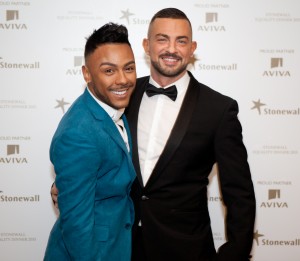 Money raised from the event will support Stonewall’s work to go deeper into communities and help to improve the lives of lesbian, gay, bisexual and trans people.

Top auction prizes included a private dinner with Liz Hurley and Joan Collins, a mint condition 7” single signed by the Pet Shop Boys and Dusty Springfield, lunch with Lord Michael Cashman in the House of Commons, and a signed self-portrait of Sir Ian McKellen.

Jan Gooding, Chair of Stonewall’s Board of Trustees, said: ‘The Stonewall Equality Dinner is an extremely important event in the organisation’s fundraising calendar. Not only is it a chance to celebrate how far lesbian, gay, bisexual and trans equality has come, but it’s also an opportunity to focus on the work that’s left to do and raise vital funds to achieve it.’

Ruth Hunt, Stonewall’s Chief Executive, thanked supporters on the night, saying: ‘We’ve come so far in our journey towards equality, but there are still so many big issues that affect different parts of our community. Our work will not stop until every LGBT person, in every country, school, church, street, hospital and school, is free to be themselves and is accepted without exception.’