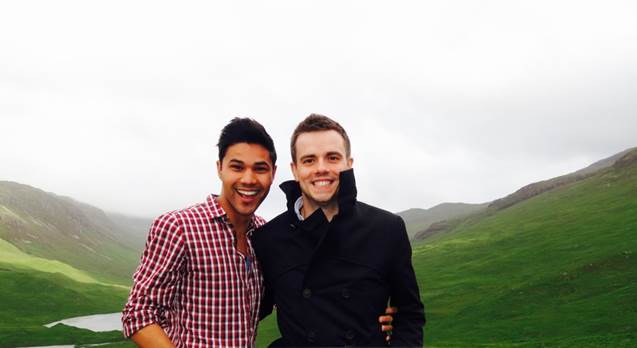 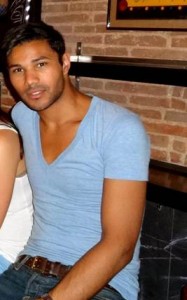 A gay bone marrow donor is calling for more gay men to join the Anthony Nolan donor register, highlighting the fact that gay men can donate bone marrow or stem cells – despite many people assuming they can’t.

Stuart Brooks, a 25 year old trainee lawyer from London, who donated his bone marrow to a stranger last year, is speaking out to other gay men as part of blood cancer charity Anthony Nolan’s new myth busting campaign.

Stuart said: ‘After I donated my bone marrow, word spread among my friends, and I was stunned by the response from my peers. I found that lots of gay men assumed they couldn’t donate due to their sexuality. This is wrong and since young men make the best donors, it felt like a terrible waste. What if they were the one person that could cure someone of blood cancer, but they never joined the register? I felt compelled to spread the message; we need more young gay role models to sign up to the Anthony Nolan register and save lives.

‘If the gay community can get behind this, we can have a really positive impact and drastically increase the number of people who are cured of blood cancer. Many gay men strive to provide role models for our community, so wouldn’t it be awesome if we could become known as a group of selfless superheroes that has vitally improved the prospects of those living with blood cancer? We can achieve this just by signing up to the Anthony Nolan register and encouraging all our gay friends to do so..’ 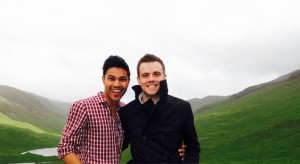 Anthony Nolan is a blood cancer charity and the world’s first stem cell register. The charity uses its register to match people willing to donate stem cells or bone marrow to patients in desperate need of a lifesaving transplant.

Everyone who joins the Anthony Nolan register goes through the same health and suitability checks – sexuality doesn’t matter one bit. In fact, young male donors are urgently needed, regardless of their sexuality.

Stuart signed up to the Anthony Nolan register over seven years ago, while studying at the University of Warwick.

‘While at university I found out that donating blood simply wasn’t open to gay men who were sexually active. But when Anthony Nolan visited my university they quickly established that my sexuality would not bar me from saving a life – it was like a breath of fresh air.

‘Signing up was a no brainer – I had the chance to provide the precious gift of life on a really personal level, and the process of joining the register couldn’t have been simpler.’

Stuart came up as match for a stranger seven years later and went on to donate his bone marrow in October last year.

He said: ‘Suddenly I was confronted with the fact that there was another person out there who had a specific need for my stem cells. Only then did it become real – it’s not just this abstract thing.

‘I decided to donate in the less common method – a short surgical procedure – because it was best for my specific match. The vast majority of people donate stem cells through their blood now, instead of giving actual bone marrow like I did. But despite the myths, the procedure was painless – in fact, the most discomfort I felt was removing the medical tape from my arms!

‘The opportunity to give someone life is such a rare opportunity. I just kept thinking that if I was run over by a bus tomorrow, I would leave something great behind. It’s probably the most important thing I will do in my life.’ 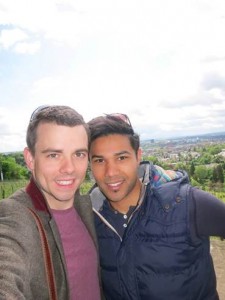 Ann O’Leary, Head of Register Development at Anthony Nolan, added: ‘Sadly many gay men assume they can’t donate stem cells but this just isn’t the case. We urgently need more young men to join our register, as they are most likely to be asked to donate yet make up just 15% of the register.

‘The more young men like Stuart sign up, the more lives we can save. It’s so easy to sign up to the register, all you have to do is fill out a simple form and spit in a tube. If you are a match for someone donating isn’t painful, 90% of the time it’s just like an extended blood donation.’

If you are aged 16-30 and in good health you can sign up to the Anthony Nolan register at www.anthonynolan.org

The key myths we are busting are:

Myth: ‘You have to have surgery to donate bone marrow/stem cells’

Fact: Nine times out of 10, the stem cells are collected through the blood, in a simple outpatient procedure similar to giving blood. This involves sitting for about four hours while a machine withdraws blood from one arm, separates the stem cells, and then returns the blood through the other arm.

In 10% of cases the stem cells are taken from the bone marrow in the hip; this is done under general anaesthetic and you would usually be back at work within a week.

Fact: Most donors tell us that donating is not very painful at all. For the 90% of donors who donate through the blood, possible side effects can include flu-like symptoms and aching but they’re usually mild and last just a couple of days.

For those 10% who give bone marrow under general anaesthetic, most only experience tiredness and a little bruising.

Myth: ‘Everyone who joins the register will donate their bone marrow/stem cells’

Fact: Only one in 1,200 people who join the register get asked to donate. This figure rises to one in 300 for young men on the register as they are most likely to be chosen as donors by doctors.

Myth: ‘You can just go to a clinic and donate bone marrow/stem cells like you can with blood’

Fact: If you are interested in donating bone marrow/stem cells you need to join the Anthony Nolan register. You will then be contacted by Anthony Nolan if you are ever found to be a match for a patient in need of a transplant.

Myth: ‘People who are gay are not able to join the register’

Fact: Everyone who joins the Anthony Nolan register goes through the same health and suitability checks – your sexuality doesn’t matter at all.