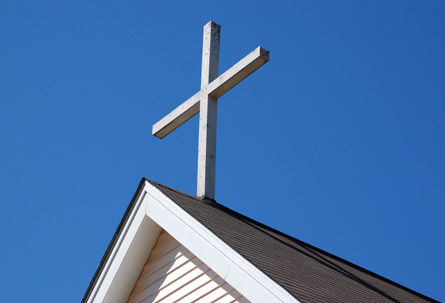 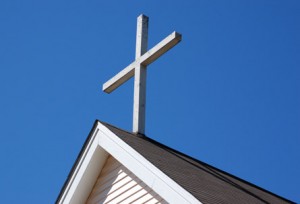 While they might keep quiet about it, as many as 2.6 million church goers could secretly harbour pro-gay views, despite the more hostile tones of the denominations they belong to.

The survey also revealed that an ‘ethical earthquake’ has taken place in the past 10 years, with huge numbers of Christians having seen a shift in their views that has made them more inclusive and accepting.

According to new research by the Oasis Open Church Event, 37% of regular church goers believe that people in same-sex relationships should be affirmed and supported by the church, but are reluctant to share their views with Christian friends through fear of being looked down upon or ostracised.

If the results of the survey – which polled over 1300 regular church goers – were projected to cover all those who regularly attend Sunday services, then UK churches may be playing host to as many as 2,664,000 ‘silent supporters’.

While previous research has captured attitudes within the Anglican Communion, this survey presents a rare glimpse into the changing viewpoints within the wider UK Christian community. On the big question of whether it is considered sinful or immoral to engage in monogamous same-sex relationships, respondents were split almost down the middle. Almost half (49.6%) believed that people in same-sex relationships should be fully embraced and encouraged, with 50.4% stating that being in a same-sex relationship should bring with it some bar or sanction to full participation in church life.

However, just 1.1% of those surveyed believed that practising gay people should not be allowed to attend church at all.

The Open Church Event, which commissioned this research, will take place on 10th and 11th April and will seek to create a safe space for honest, open conversation as together we explore the pastoral, theological and practical issues around LGBT people, the local Church and inclusion.

Steve Chalke, the host of the Oasis Open Church Event says, “Whatever the stereotype, it’s clear that attitudes in the church toward loving, committed and faithful same-sex relationships are changing. It’s crucial that we keep talking about it. The Open Church event will be a world first – a chance for Christians of a variety of viewpoints to come together and respectfully discuss our beliefs on this issue and determine together how we can be greater centres of inclusion for the diverse communities we look to serve.”

The survey found that even some who had no problem with same-sex relationships had reservations about gay marriages taking place in Church. Five per cent were firmly against the idea, with another 8% being happy to offer a blessing but not a full marriage ceremony.

When it comes to different denominations, people belonging to the Methodist, United Reformed and Salvation Army churches were by far the most likely to be more accepting and supportive of those in same-sex relationships. However the Quakers is the most inclusive denomination, with no respondent surveyed having a problem with any level of participation of practising gay people in church life. It is speculated that this might be, in part, because of the non-hierarchical nature of Quaker meetings and church structures.

At the other end of the scale, Christians belonging to Pentecostal, ‘new church’ or Independent Evangelical expressions were found to be the most resistant to people in same-sex relationships being fully integrated into church congregations.

The denominations, in order of fully-accepting attitudes toward people in same-sex relationships are: