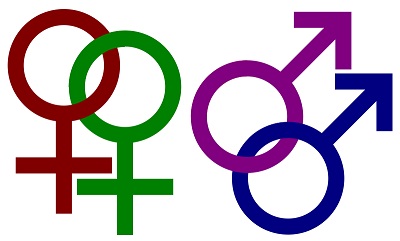 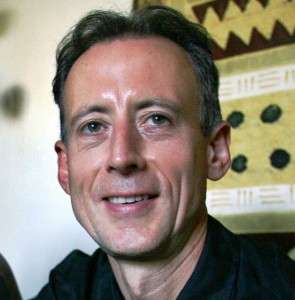 February was LGBT History Month in the UK. The International Day Against Homophobia, Biphobia and Transphobia comes up in May. It’s followed by the start of the Pride Parade season. This runs from late May through to September, with hundreds of events across Britain to acknowledge, celebrate and push forward the drive for lesbian, gay, bisexual and transgender (LGBT) acceptance and equality.

In a society that has, until fairly recently, victimised and marginalised LGBT people, the affirmation of our identity, culture and history is a welcome and much needed correction.

But what about the future?

Although LGBT people are persecuted in most parts of the world, and in some countries this persecution is intensifying, in the West we are steadily progressing towards a post-homophobic society.

If this Western trend continues, and if it is eventually replicated in other nations too, how will this transition to understanding and acceptance affect the expression of human sexuality?

What would happen if societies evolved into a state of sexual enlightenment, where the differences between hetero and homo no longer mattered? How might this affect the future of same-sex desire and identity?

We already know, thanks to a host of sex surveys, that even in narrow-minded, homophobic cultures, many people are born with a sexuality that is, to varying degrees, capable of both heterosexual and homosexual attraction: witness how same-sex relations often flourish among ostensibly heterosexual people in single-sex institutions like schools, prisons and the armed forces.

Kinsey’s research has since been criticised as self-selective, out-of-date and unrepresentative. The National Survey of Sexual Attitudes and Lifestyles (2003) found that around 9% percent of UK men and women have had a sexual experience with a person of the same sex; although the survey authors admit this is probably an underestimate because many people are still reluctant to reveal their homosexual past or present.

The possibility that individuals could share a capacity for both hetero and homo feelings is an idea supported by the anthropologists Clellan Ford and Frank Beach. 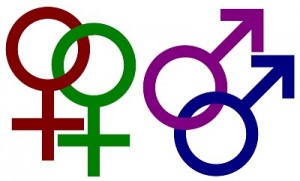 In Patterns of Sexual Behaviour (1965), they noted that certain forms of homosexuality were considered normal and acceptable in 49 (nearly two-thirds) of 76 tribal societies surveyed from the 1920s to the 1950s. They also recorded that in some aboriginal cultures, such as the Keraki and Sambia peoples of Papua New Guinea, all young men entered into a same-sex relationship with an unmarried male warrior, sometimes lasting several years, as part of their rites of passage into manhood. Once completed, they ceased all same-sex contact and assumed sexual desires for women, leading to marriage and children. If sexual orientation was totally biologically pre-programmed, these men would have never been able to switch to homosexuality and then to heterosexuality with such apparent ease.

This led Ford and Beach to deduce that homosexuality is fundamental to the human species, and its practice is substantially influenced by social mores and cultural expectations.

The evidence from these two research disciplines – sociology and anthropology – is that the incidence of heterosexuality and homosexuality is not fixed and universal, and that the two sexual orientations are not mutually exclusive. There is a good deal of fluidity and overlap.

We know that even in intensely homophobic societies, like Nazi Germany and fundamentalist Iran, a sizeable proportion of the population experience both same-sex and opposite-sex arousal. This evidence comes from research that records consciously recognised desires. At the level of unconscious feelings – where passions are often repressed, displaced, sublimated, projected and transferred – it seems probable that very few people are 100 percent straight or gay. Most are a mixture, even if they never physically express both sides of the sexual equation.

This picture of human sexuality is much more complex, diverse and blurred than the traditional simplistic binary image of hetero and homo, so loved by straight moralists and – equally significantly – by many lesbians and gay men.

If sexual orientation has a culturally-influenced element of indeterminacy and flexibility, then the present forms of homosexuality and heterosexuality are unlikely to remain the same in perpetuity. As culture changes, so will expressions of sexuality.

In a future non-homophobic society, more people are likely to have gay sex as inhibitions diminish and experimentation becomes the norm. But simultaneously, less people will identify as gay or lesbian. This is because the absence of homophobia will make the need to assert and affirm gayness redundant.

Lesbian and gay identity is largely the product of anti-gay repression. It is a self-defence mechanism against homophobia. Faced with persecution for having same-sex relations, the right to have those relationships had to be defended – hence the emergence of gay identity and the gay rights movement.

But if one sexuality is not privileged over another, defining oneself as gay – or straight – will cease to be necessary and have little social relevance or significance. In other words: the need to maintain sexuality differences, boundaries and identities disappears with the demise of straight supremacism and homophobia.

Homosexuality as a separate, exclusive sexual orientation and identity will begin to fade – and so will its mirror opposite, heterosexuality – as we evolve into a sexually enlightened and accepting post-homophobic society. The vast majority of people will be open to the possibility of both opposite-sex and same-sex desires. They won’t feel the need to label themselves or others as gay or straight because, in a non-homophobic culture, no one will care who we love or we sleep with. Hurrah!