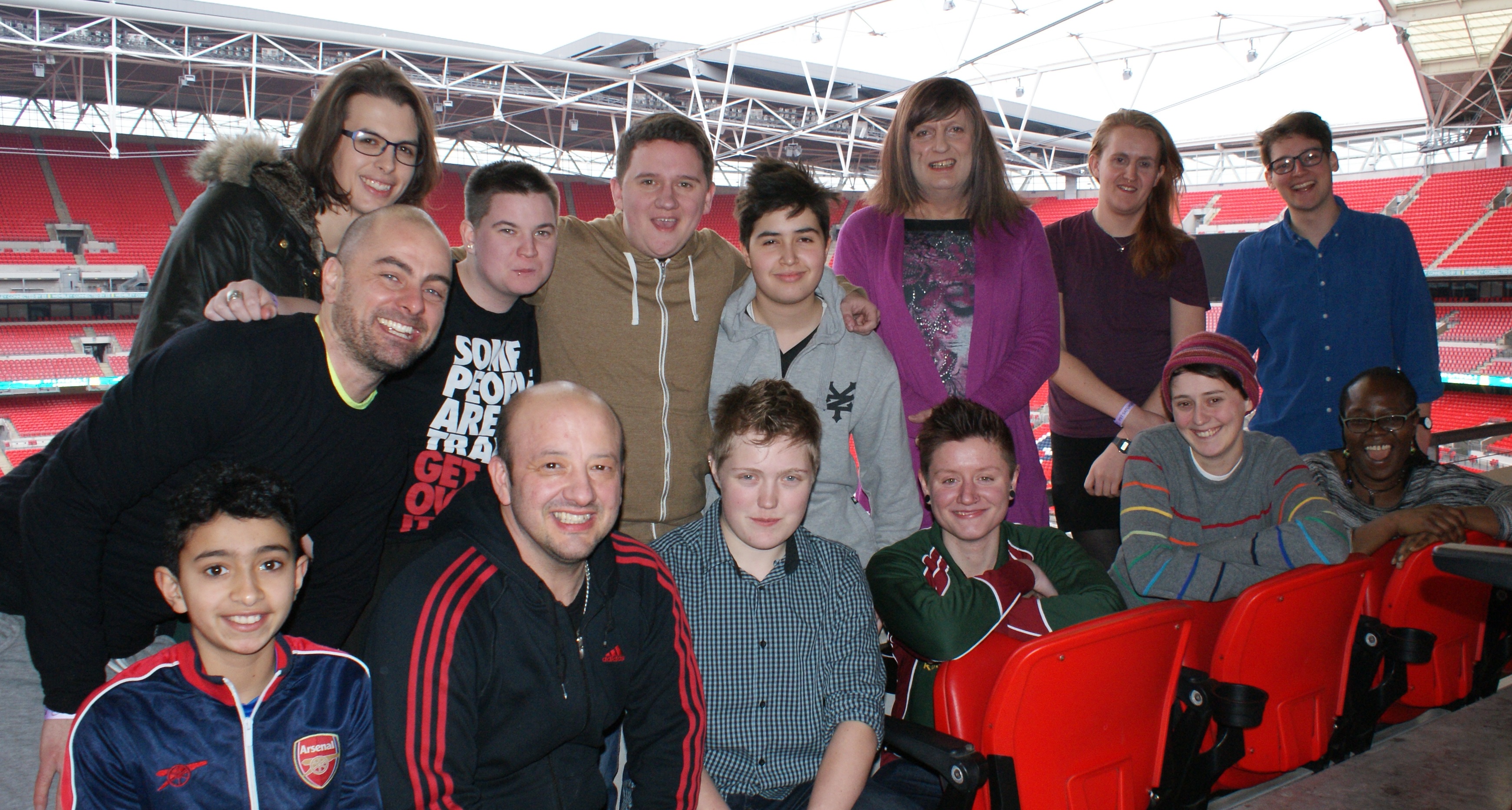 On Saturday 7th February the FA opened its doors to a group of 14 transgender footie fans. Between the ages of 10 – 59 the group came together to think about including trans people who participate in football. We heard from people who have participated in football in different ways – as players, coaches, match officials and on the terraces. We also heard from those who have stopped participating in football as well as from those who want to get involved but have their reservations. Gendered Intelligence – a community interest organisation that aims to increase understandings of gender diversity – has been commissioned by the Football Association to develop guidance around the practical inclusion of all trans people in football. The guidance aims to support of the FA’s new “Trans People in Football” policy. The guidance will foreground the ethos of the FA – which is that football is for everyone; it will be friendly and easy to read and is for anyone who wishes to know more about trans people participating in football.

Jay Stewart, co-founder of Gendered Intelligence said:  “It is a fantastic opportunity that we have here to contribute to shifting culture and to assert that trans people play football too.  But no doubt there are barriers for trans people in the footballing world and indeed other sports too. In general there is not enough knowledge of what it means to be trans and there are a lot of myths we need to bust. The guidance is there to educate people, to break down stereotypes and cultural assumptions. At the end of the day we want to ensure coaches, players, referees and fans know that it’s okay to be trans and that we have trans people within our footballing communities. Let’s just get on with the game in hand – which is football!” The workshop aimed to offer an opportunity to contribute to trans inclusion in our national game at all levels, via the biggest sporting body in the country. We did this by gathering some real life experiences of trans people who participate in football.

One ten year old trans boy told us that his school have been really brilliant at allowing him to play in the boys team. He did attend a club once but he got bullied so left. At the end of the session he said that he hoped that he won’t have a problem playing football when he gets to secondary school.

Another participant has been playing in a women’s team for many years and despite being nearly 60 is still enjoying her football. Currently, whilst she is not ashamed of her trans status, she doesn’t feel like it’s something she wishes to share with others around her.

Some of the participants identified as non-binary in their gender identity – neither male nor female – and said that choosing between the men’s and women’s teams is tricky, as are changing facilities, requesting a gender neutral pronoun and just the lack of understandings by others in general. For some non-binary and trans people it became clear that they would prefer mixed gender teams or perhaps an LGBT team. After the workshop the participants took to the astro turf for a friendly knock about.

Participant Charlie Kiss said “I loved football and I missed out in skills development after the age of 11 because I wasn’t allowed to play at school. In my 30s I joined a women’s team for a while, and then transitioned and didn’t play so much after that. I’m nearly 50 now but I feel inspired today and am thinking I’m not too old to play after all”