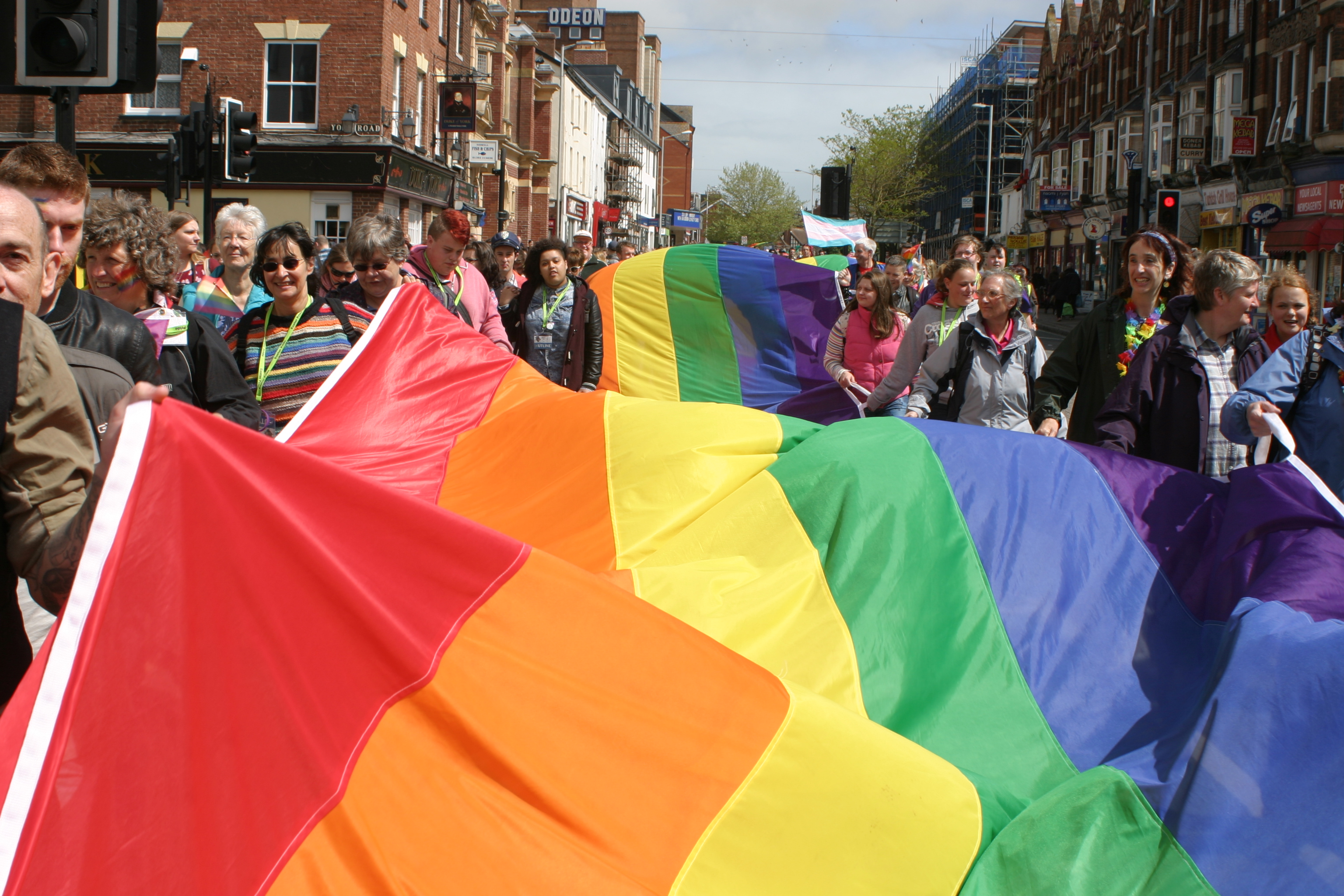 Health and well-being advice and information will be found at the South West’s biggest free celebration of the lesbian, gay, bisexual and transgender (LGBT) communities.

The Health Zone at this year’s Exeter Pride, which will take place on Saturday 16th May, will include free HIV testing, free “safe sex” packs and information about mental health, counselling and other health issues. Preparations are well in hand for what will be the seventh Exeter Pride. It promises to be the biggest, most colourful such event, to date, with more than 2,000 people expected to take part in the largest rainbow flag parade the city has ever seen.

It will also include volunteers carrying a 50-metre rainbow flag.

All are invited to walk in the parade in support of Exeter’s LGBT communities.

Groups or organisations are asked to register by email: parade@exeterpride.co.uk

Roads will be closed along the route of the parade which will begin at the St Sidwell’s Community Centre and make its way down Exeter High Street.

There will then be the opportunity to attend a full programme of activities after the parade at Exeter Phoenix in Gandy Street.

The events and activities at Exeter Phoenix will be family-friendly and include activities for children, young people and adults.

For the first time, the bigger and more exciting Pride Marketplace, which will include dozens of stalls from various organisations, will be held in Rougemont Gardens.

Stalls enquiries should be made by email: marketplace@exeterpride.co.uk .

A full programme of events, some of which will continue on into the evening will include a family zone, the return of the popular drumming workshop, a ceilidh and a panel debate.

There will be information from local and national organisations, demonstrations, as well as fun activities.

Evening events will include live music and DJs.

Admission to some evening activities will be by wristband only, which will be available from selected outlets.

Rainbow flags will adorn some streets and buildings in the city to mark the event.

Devon County Council will be raising a flag at County Hall in Topsham Road before the day.

There will also be some pre-Pride parties and some local radio stations are broadcasting Pride Radio Shows.

There will also be a “Pride on Campus” Day at the University of Exeter.

Neil Clements, chairman of Exeter Pride committee, said: “Exeter Pride is a celebration of the the city and county’s lesbian, gay, bisexual and trans communities.

He added: “Exeter Pride would not be possible without generous donations from local businesses, organisations and individuals and the fundraising efforts of many volunteers.

“Together with generous sponsorship from our partners, we are able to keep all our daytime events, free-of-charge.”

Neil added: “Volunteers are a vital part of helping to make things run smoothly and more volunteers are still needed to help steward the parade as well as helping to set up at Exeter Phoenix.

“Anyone who could spare some time to help can make contact through the Exeter Pride website or email: volunteering@exeterpride.co.uk