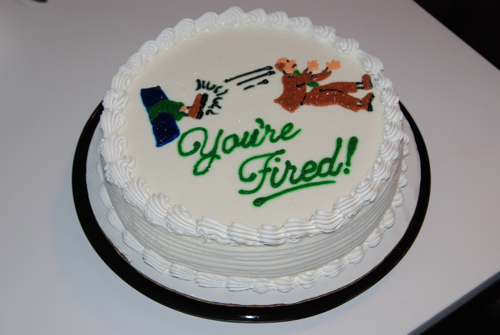 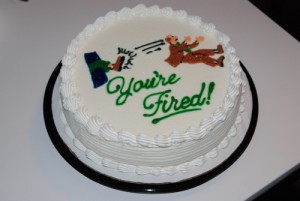 If you’ve got an annoying habit at work, watch out – it could be spurring your boss to find a legitimate way to sack you or move you to a different role.

That’s the finding of a British employment law consultancy, which has found that managers are using personal animosity and the most trivial of excuses to decide on redundancies, sackings and internal transfers.

According to Protecting.co.uk, managers and owners with the power to hire-and-fire have used excuses such as annoying laughs, bad tea-making skills, or too much aftershave when looking for heads to roll – going on to ‘mark their cards’ for future termination.

“It’s something we’ve suspected for a long time,” says Protecting.co.uk spokesperson Mark Hall, “The most trivial of behaviour could be the trigger for a process that could lead to bullying, disciplinary processes and even dismissal.

“If what we’ve heard is true, bosses up and down the country are marking out workers for special attention just because they don’t like their personal habits. It opens up huge risk factors for unfair dismissal claims.”

In an anonymous survey of over 450 managers (in charge of 30 or more staff) with the power to discipline or dismiss staff, Protecting.co.uk found that many used trivial dislikes or personality clashes as a starting point to looking for ways of dismissing or disciplining staff.

Question: Have you ever disliked an employee’s personal habits enough to start a process of dismissal or transfer to get rid of them on other grounds?

From general bad habits, to particular annoyances that lead to personal animosity, among the excuses given by the dozens of bosses who said they had ‘marked’ errant employees cards for future dismissal or transfer were:

Managers interviewed by Protecting.co.uk were adamant that anybody dismissed or exiled to a less desirable part of the company were never disciplined for these factors. Rather, they put the employees’ heads above the parapet that made them stand out as someone who might not be a good fit for the organisation.

Typical of comments from managers were: “She never once contributed to the coffee fund, which annoyed people. She was eventually let go on her poor time-keeping, even if it wasn’t the worst in the company.” 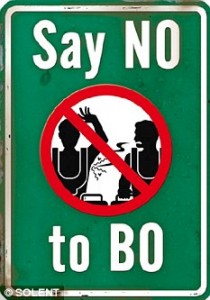 Protecting.co.uk says that the former employee might have a legitimate claim for constructive dismissal if this anecdotal information ever came to light.

“So, while some of these excuses may sound petty or funny, there’s a disturbing issue that needs to be addressed,” says Protecting.co.uk ‘s Mark Hall. “While bosses are adamant that employees are only let go on water-tight and lawful grounds, their initial behaviour can be tantamount to bullying.

“Handled wrongly, and a company could be liable to the expense and bad publicity of an unfair dismissal claim.”

Rather than marking workers for special attention, Protecting.co.uk suggests that managers actually tell their staff that they have an annoying habit – it could lead to better workplace relations and increased productivity, Hall says.

“It just goes to show that human nature plays an important part in office and workplace politics,” says Hall. “It’s hard for bosses to make passionless judgements about their staff when – for example – one personal draws less-than-welcome attention to themselves with garlic breath.”

“The Horrible Bosses of Hollywood fame are certainly out there. You just might not know that you’re working for one.”

One thought on “Sacked for being annoying? Your boss really IS out to get you”