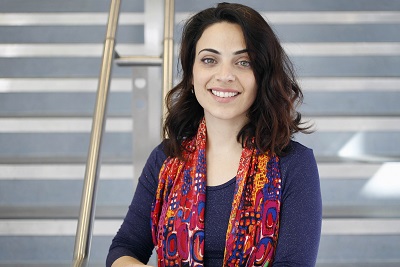 Homosexual behaviour may have evolved to promote social bonding in humans, according to new research.

The results of a preliminary study provide the first evidence that our need to bond with others increases our openness to engaging in homosexual behaviour.

Dr Diana Fleischman, of the University of Portsmouth, and colleagues examined the relationship between progesterone and sexual attitudes to explore the role that homosexual behaviour may have played in cementing alliances over the course of human evolution.

Their research is published in the journal Archives of Sexual Behaviour.

They found that heterosexual women who have higher levels of progesterone are more likely to be open to the idea of engaging in sexual behaviour with other women. Similarly, when heterosexual men are subtly reminded of the importance of having male friends and allies, they report more positive attitudes toward engaging in sexual behaviour with other men. This pattern is particularly dramatic in men who have high levels of progesterone.

The hormone progesterone is known to contribute to the formation of social bonds, which have many adaptive benefits for humans. The hormone is produced mainly in the ovaries in women and in the adrenal glands in men. It is one of the main hormones responsible for caring or friendly behaviour and levels rise when people have close and friendly interactions. Women’s levels of progesterone peak after ovulation when the chance of becoming pregnant is dramatically reduced.

Dr Fleischman said: “From an evolutionary perspective we tend to think of sexual behaviour as a means to an end for reproduction. However, because sexual behaviour is intimate and pleasurable, it is also used in many species, including non-human primates, to help form and maintain social bonds. We can all see this in romantic couples who bond by engaging in sexual behaviour even when reproduction is not possible.

“The results of our study are compelling because using two very different methods; they arrived at the same conclusion. Women were more likely to be motivated to think about homosexual sex when their levels of progesterone were higher. Compared to a control group, men’s homoerotic motivation was not increased by priming them with sex but thinking about friendship and bonding caused a measurable change in their attitude to the idea of having sex with other men.”

Having homoerotic thoughts does not necessarily mean they would be acted upon.

Dr Fleischman, an expert in the influences of hormones on the psychology of women, was studying the effect of progesterone on attitudes towards homosexuality. She questioned whether progesterone, a hormone that has been shown to increase motivation to form close bonds, might also underlie the motivation to affiliate with those of the same sex, sexually.

The researchers first developed a measure of homoerotic motivation through an online survey of 244 participants, with questions including: ‘The idea of kissing a person of the same sex is sexually arousing to me’ and ‘if someone of the same sex made a pass at me I would be disgusted’. The researchers then measured progesterone in 92 women’s saliva and found that as progesterone increased so too did openness to the idea of engaging in homosexual activity.

In the next study, the researchers measured levels of progesterone in the saliva of 59 men before all were randomly assigned to one of three groups and asked to complete word completion puzzles, one using friendship words, one using sexual words, and a third using neutral words. Men asked to complete the affiliative/friendship word puzzle showed 26 per cent greater homoerotic motivation compared to the men in the sexual or neutral conditions. In addition, those men with the highest progesterone in the affiliative condition showed 41 per cent greater homoerotic motivation compared to high progesterone men in the other two groups.

Studies of other animals in the great ape family also point to homosexual behaviour being used to maintain and forge new friendships.

Dr Fleischman said: “Humans are among a group of animals who have sex for many reasons, not just to reproduce.  Reasons can include pleasure, a reward, and a way of saying ‘please be nice to me’ or exerting dominance. It’s very complex, but it’s clear there’s a continuum between affection and sexuality and sexuality is fluidity, that is, the ability to engage sexually with those of the same sex or the opposite sex is common. In humans, much, if not most of same-sex sexual behaviour occurs in those who don’t identify as homosexual.”

The researchers will now explore other contexts and hormonal influences that could increase homoerotic motivation in men and women. They are also interested in seeing how bisexual people might react differently to social cues.