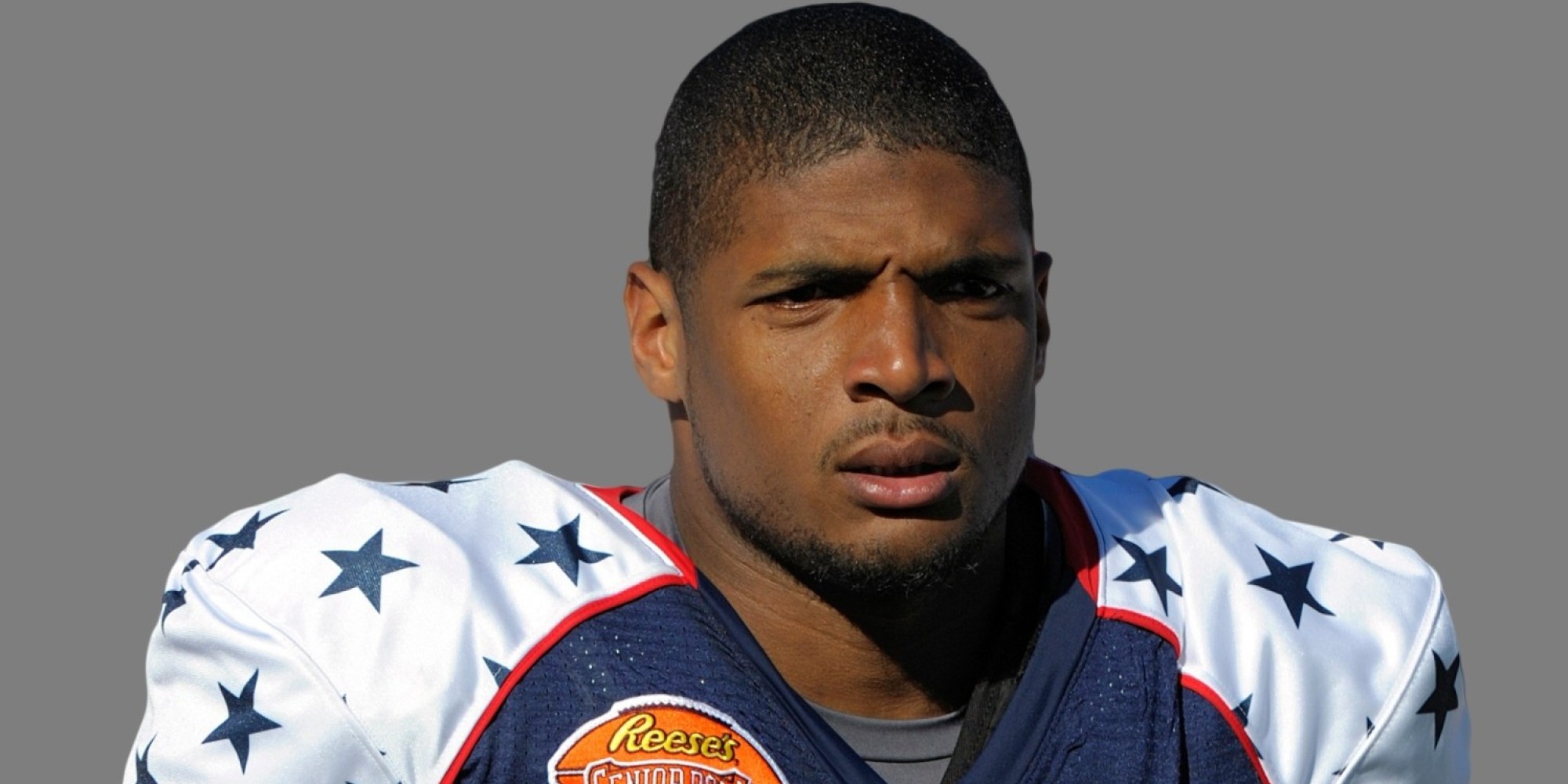 “If I had it my way, I never would have done it the way I did, never would have told it the way I did,” Michael Sam tells GQ’s Andrew Corsello of his decision to come out prior to the NFL draft. “But the recruiters knew, and reporters knew, and they talked to each other, and it got out. If I didn’t have the year I did, nobody would have cared. But I have no regrets. Some people can argue that I had the potential to go higher in the draft. But I think everything happens for a reason. It looks good to see me in the position I’m in now, because I can show the world how good I am and rise up the ranks. I’m at the bottom now. I can rise up, show I’m a football player. Not anything else. Just a football player.” Sam tells Corsello about his difficult childhood. “Only a handful of people really know how I was raised. Certain family members weren’t…there. They were ghosts. My brothers were the ones who were there. Most of the time, that was scary. I tried to stay away as much as possible.” Despite leaving the house at dawn and returning after dark, he still got beat up frequently. “We called the cops on my brothers so many times I can’t even count. Not only for hurting me. They’d abuse my sisters. Verbally abuse my mom. My brothers were evil people. I don’t have a relationship with them now. They’ve both written me letters from prison. For them to dare to call themselves my brothers—I can’t live with that.”

“I needed football—it was just something to do, an excuse to not be at home,” Sam explains. “When I played in junior high and high school, it was a hobby. I was just trying to get away from something. That was the only reason I did it.” A love for the game developed eventually. “Being with the guys on the team at Hitchcock was my real family. Mizzou was my real family. I loved it. Football was a sense of home. A home I never had.”

In response to the horrific NFL headlines being made off the field, Sam talks about distractions. “I’ll say this: I want to become a distraction! And what I mean is: by making big plays and doing good stuff on the field. Although nobody would print that, because that’s not a story. Gotta keep bringing up the locker-room situation because he’s gay.”

Sam covers GQ’s annual Men of the Year issue, honouring the biggest superstars who have undeniably left their mark in 2014.