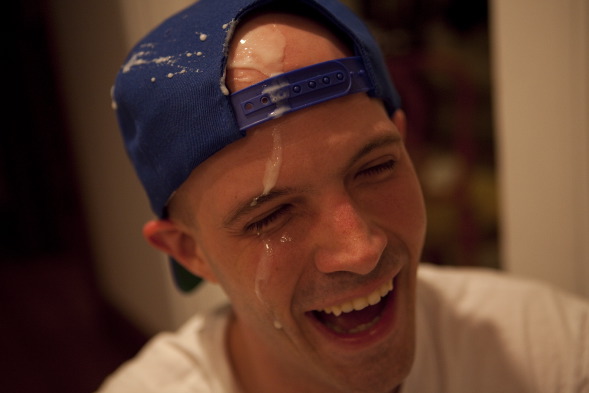 Rod Gay and Bob Gay-Paris are the streetwise gay mentors you never had. Come revel in the raunchy wisdom they pass along to their two gay sons. Wouldn’t it be great if your parents taught you how to hold your own in a fag-eat-fag world? Rod Gay and Bob Gay-Paris are the streetwise gay mentors you never had. Come revel in the raunchy wisdom they pass along to their two gay sons — Alex and Tommy — advice that will empower the boys to bend the world over, lube it up, and snap one off! The Gays, directed by T.S. Slaughter and starring Chris Tanner (Bob Gay-Paris) and Frank Holliday (Rod Gay), is about the nuclear gay family, their interactions with each other and the complex dilemma of their existence. I say dilemma because the members of the gay household are in constant pressure to fulfill their own meaningful paths and simultaneously avoid complicating the lives of others around them. Like quite few ‘gay themed’ movies, the production level is on a par with the script… low, rude and crude. The acting is a riot of Am-Dram at its colossal worst and the scenarios are enough to make you want to be straight… OK, I take that back… no one wants that to happen. This is a MAD, BAD, DARK comedy that will only confirm your foulest fears about American gay culture. Now, if you can get over all that negativity Mr Slaughter and chums do give a magnificent side swipe at pre-conceived ideas, ask questions that no one really wants the answer to and generally piss on the memory of such films as Brokeback Mountain and A Single Man, and how they covered the ‘homo’ element in movies. This certainly isn’t mainstream and I doubt if you would ever find it on the BFI – Gays In Film list but it might make you chuckle at the shear absurdities of  asking: “What is being gay all about?” Thankfully, you’ll get no answers here… just a tongue in… (well put it where you like) look at a family with issues who are more fun than The Brady Bunch.

Bent Magazine followers can now rent THE GAYS via streaming video for only $2.99 when you use this special $2.00 off coupon.