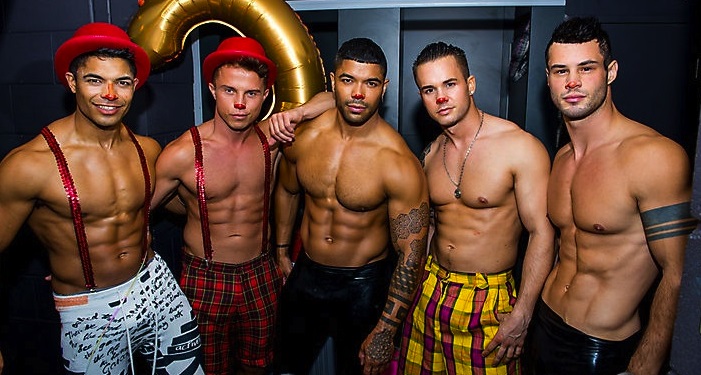 One Friday every month at London’s Club Pulse (No 1 Invicta Plaza, Southbank, SE1 9UF), fabulous characters from all walks of gay glitterati converge on EPIC, the spectacular event produced by Manhattan power promoter Michael Theriault.  On Friday, 24th October, the club will become more sinister than ever with ghouls and ghosts for EPIC’s first Halloween bash, Malachi.

Tom Stephan and Morabito will take over the Epic sound that Theriault describes as a journey into the light and dark of progressive house.   “It’s all about big vocal anthems and strong drums that shake up the soul,” he says, promising: “It will be an all-night adventure right into the morning.” His party is inspired by NYC’s wicked nineties.  “NYC in the nineties was simply amazing,” he says, recalling a diversified metropolis where black trannies mixed with white gay men, the rich mingled with poor, and the community ate, breathed and let loose in the bars, clubs, and local gay coffee shops.

“There was such a sense of community back then,” he continues. “Sure, we didn’t have gay marriage rights, we couldn’t serve openly in the military and much of the world opposed our lifestyle, but we had each other and we bound together like family.”

He feels that sense of community is missing in America today, especially among the younger twenty-somethings who rely on cellphones for their social and personal interactions. “No one interacts face-to-face any more. Everyone is so busy trying to assimilate into mainstream, we’re losing the connection to our community.”

The rise of hook-up sites like Gaydar and Manhunt were the first cracks in the proverbial ceiling for many American brick and mortar establishments catering to gay socializing. Then came Grindr and the other mobile aps, resulting in the ‘collapse of the roof’.

Theriault doesn’t know if there’s any going back to the glory days of New York nightlife.  He says it’s the reason he launched his party in the UK instead.  The EPIC parties are his attempt to preserve the NYC sound. “Kids coming up have no idea about house music or the fact that it was house that gave birth to EDM,” he says. “I want them to experience real fierceness.”

“It’s a big deal to come over to London and throw down against the incredible party scene we have here,” he says. “London has got the new EDM sound down.  EPIC is about bringing back old-school beats.”

At some point, Theriault plans to take his EPIC party home to NYC. But right now, his sights are set on making his London party even more EPIC. He’ll do it by bringing both the tricks and treats to his Malachi Halloween bash.