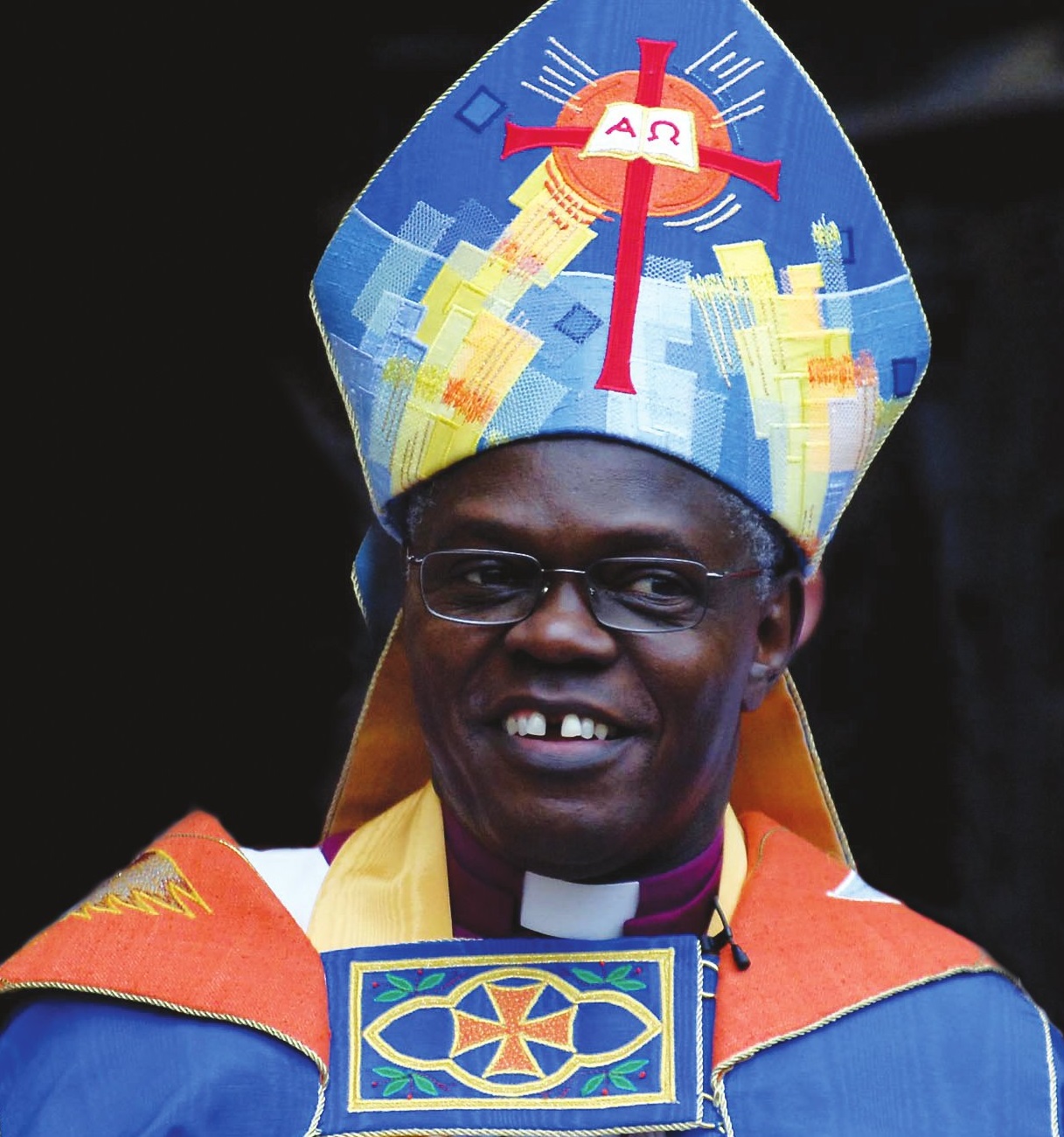 The Archbishop of York, John Sentamu, was today confronted by gay and Christian protesters as he attended the opening of the restored Archbishop’s Palace at Southwell Minister, Nottinghamshire.

They accused him of “victimising, intimidating and bullying” gay Anglican priest Canon Jeremy Pemberton. As the Archbishop walked in the official procession to the Minster south door, Peter Tatchell, Davis Mac-Iyalla, Tracy Byrne and Rev Christina Beardsley confronted him. Peter Tatchell told the Archbishop: “we urge you to repent your support for anti-gay discrimination and your victimisation of Jeremy Pemberton…discrimination is not compatible with Christian values.”

The Archbishop responded by saying: “I cannot comment while there is a legal action pending” (his reference to Jeremy Pemberton’s employment tribunal case). Mr Tatchell said: “I am disappointed that the Archbishop was unwilling to reconsider his support for legal discrimination against LGBTI people – especially his opposition to same-sex civil marriage.”

“Jeremy Pemberton had his permission to officiate as a priest withdrawn after his lawful same-sex civil marriage. He was also refused a licence to take up a chaplaincy post with Sherwood NHS. This disciplinary action was taken by the acting Bishop of Southwell and Nottingham, Richard Inwood, at the behest of the Archbishop of York, John Sentamu. It is disgraceful homophobia to deprive a priest of his right to work because he married the man he loves. Discrimination is not a Christian value,” said protest organiser and human rights campaigner Peter Tatchell.

The Chief Executive of the Lesbian and Gay Christian Movement, Tracey Byrne, attended the protest. She added:  “My friend Jeremy Pemberton married his partner Laurence earlier this year in a civil ceremony. Jeremy is a hospital chaplain, employed by the NHS. As a result of marrying Laurence, Jeremy has been barred by the acting Bishop of Southwell, on the instructions of the Archbishop of York, from taking up a new post as a chaplaincy manager at Sherwood Forest hospitals in Mansfield.  This is an NHS funded and appointed post….it is an issue of justice and fairness, and of getting the best hospital chaplain for the people of Mansfield.  They don’t deserve this. It’s not reasonable for the NHS to be told what to do, how to spend its money and who to appoint, by an organisation which continues to treat gay and lesbian people as second rate.

“In June, Jeremy was offered the role of Chaplaincy Manager at Sherwood Forest Hospitals NHS Trust in Nottinghamshire. The job offer has now been withdrawn because the acting Bishop of Southwell, after consulting with the Archbishop of York, refuses to give Jeremy the required licence – solely because of his marriage to Laurence,” she said.