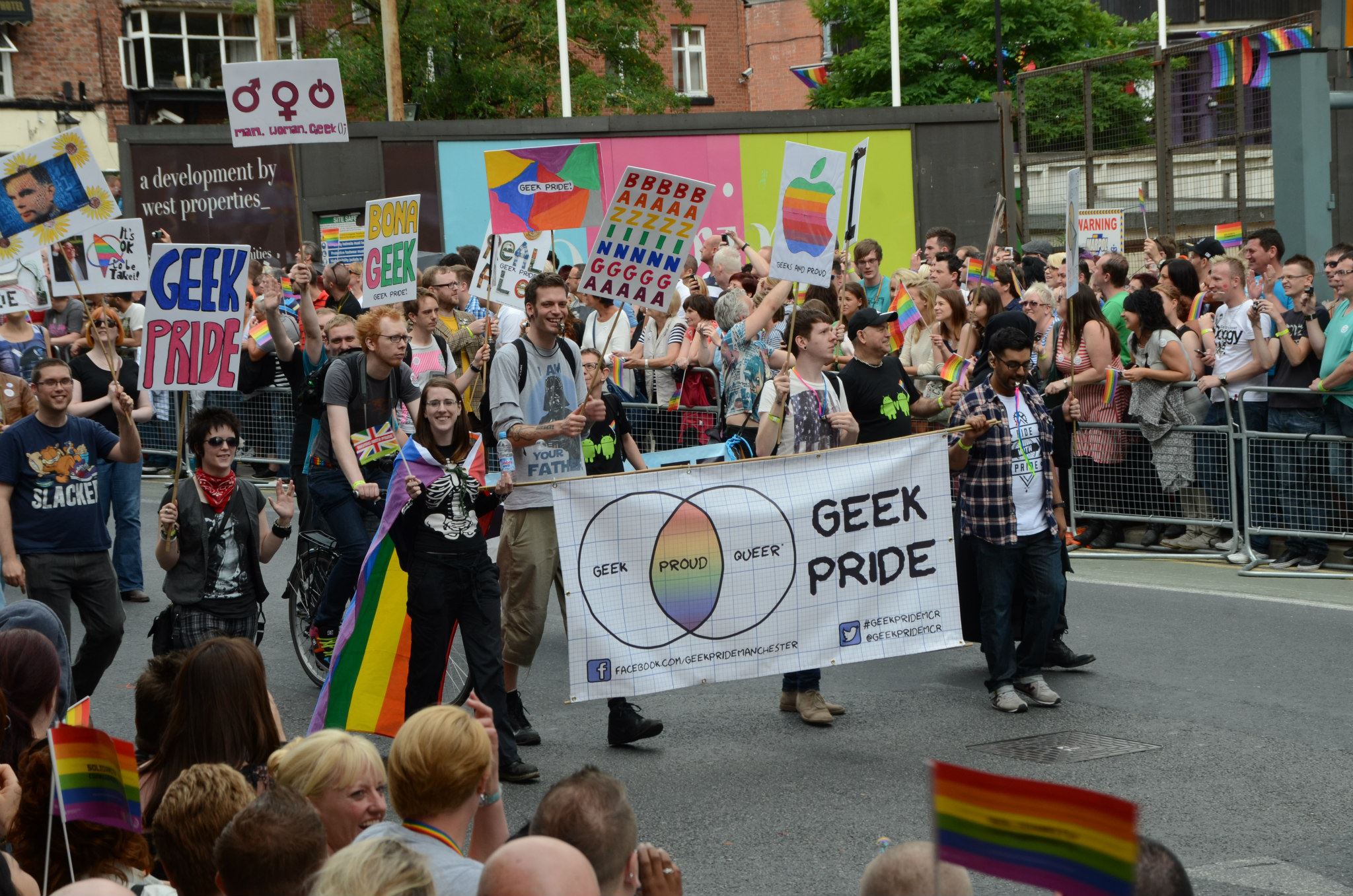 Manchester based community collective, Geek Pride, is calling for geeks across the region to unite and partake in the Manchester Pride Parade this August bank holiday weekend, to celebrate LGBT and geek culture.

Following on from a successful founding year in 2012, Geek Pride returns as an annual legacy event to recognise Alan Turing’s achievements and celebrate both his LGBT and geek identity. Mike Stephens, Co-founder of Geek Pride and self-proclaimed über-geek, said “Today, 102 years after Alan’s birth and 60 years since his death, we live in a society that simply could not have been realised without this man’s incredible insight, ability and vision.

This year’s theme for the Parade is ‘love’ and we’re calling for geeks of all kinds to unite and celebrate our love for Turing, Time Lords, literature and LANs.”

Anybody who would like to get involved are advised to sign-up at date latina and attend an initial meet up on 24th July at TechHub Manchester. There will then be a creative workshop to make flags, placards and banners over the 8th and 9th August.

Geek Pride positively encourages people who may not have previously identified with Pride events to give it a go and join in this opportunity to honour the memory of Alan Turing and celebrate Manchester’s geek community.

Founder of Codethink – headline sponsor – Rob Taylor said: “We’re thrilled to support the local geek community and get involved with such an important event in the city’s calendar. Codethink loves geeks, with over 60 of us working within the City and we’re all excited to celebrate geek and LGBT culture!”

The Manchester Pride Parade will march its way through the city centre, following a 1.3mile route, as tens of thousands of visitors line the streets of Manchester to watch and support the Parade entrants on 23rd August 2014.