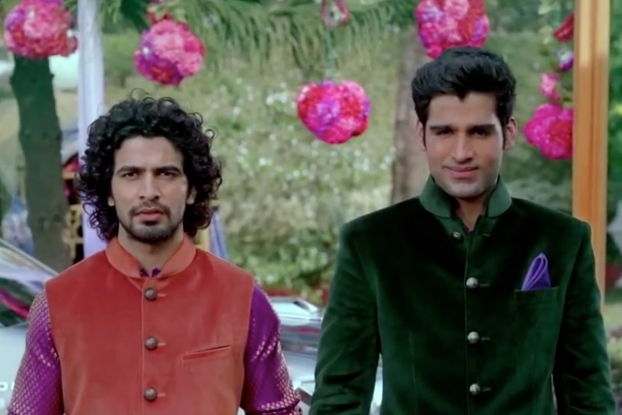 A Bollywood-inspired United Nations music video with a message of gay acceptance has rapidly become one of the most watched UN videos of all time. “The Welcome”, released on 30 April 2014 as part of the UN’s ongoing Free & Equal campaign, has been watched by more than a million people on the video-sharing site YouTube.  To view the video, visit: www.unfe.org/the-welcome The two-and-a-half minute video stars Indian actress Celina Jaitly, who last year was nominated by the UN High Commissioner for Human Rights as a “UN equality champion” in recognition of her support for lesbian, gay, bisexual and transgender (LGBT) equality. Jaitly makes her musical debut in the video, singing a new version of the 1979 Bollywood classic, Uthe Sab Ke Kadam. The song was recomposed and remixed by Neeraj Shreedhar of the Bombay Vikings, and produced in association with the music company Saregama India. The video’s dance sequences were choreographed by Longi (Slumdog Millionaire) – who worked on the project pro bono. The concept for the video was developed by creative agency Curry Nation.

Commenting on reaching the one million mark, Charles Radcliffe, Chief of Global Issues at the UN Human Rights Office said: “For the UN, using a Bollywood tune to advocate for human rights is a novel approach that’s paid off.  Already more than a million people have watched “The Welcome” online and millions more on TV at a time when lesbian, gay, bisexual and transgender rights are being debated around the world. The video’s message of love, family and acceptance could not be timelier. We are enormously grateful to everyone who worked for free to create this video, especially our starring Equality Champion Celina Jaitly.”

“It has been an honour for me to partner with the UN and contribute my musical debut to this cause, which has been a very important part of my life as an activist for LGBT rights,” said Jaitly. “With this video, we wanted to encourage people to pause and reflect on the way a young couple are received by their friends and family. I have been overwhelmed by the positive response it’s been generating, including from many gay people in Asia who tell me they have shown it to their own parents, or to their brothers and sisters, friends and co-workers. Change often begins with difficult conversations and this was our attempt to bring forth a difficult conversation in a wonderful light hearted way through the universal language of music.”