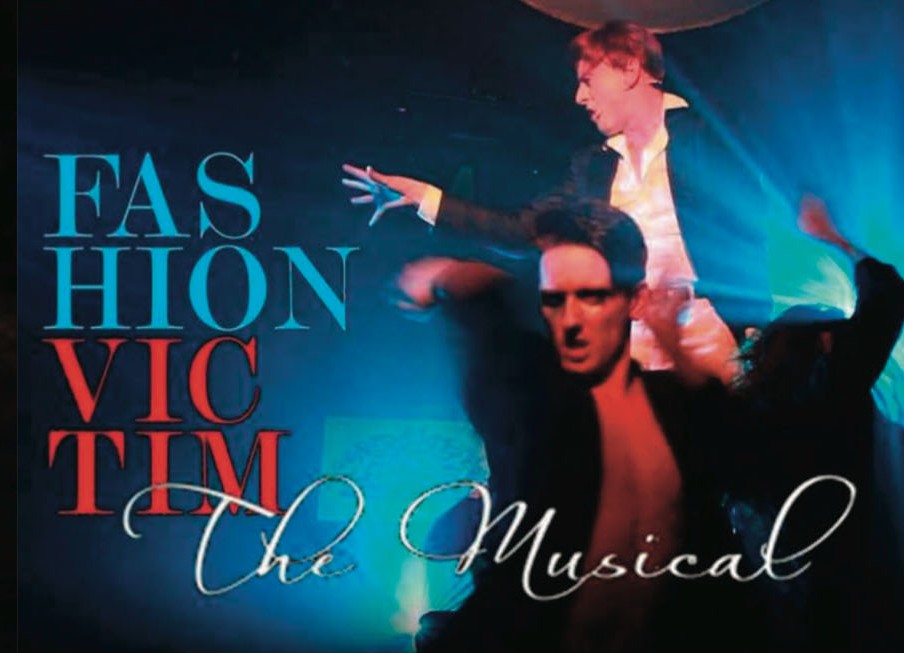 Do you want the chance to help fund a musical… and have the opportunity to have your name as part of the script? If so… read on.

Fashion Victim The Musical! needs to raise a total of £5,000 to fund all its upfront fixed costs, including paying for the rights for songs used in the show, hire of rehearsal space, hire of the catwalk staging and lighting.

Producer Toby Rose, whose previous productions include the Biblical musical Discotivity starring Pop Idol winner Michelle McManus as the Virgin Mary, and who is also the man behind the annual Palm Dog Award in Cannes, says he is finalising an all-star cast and crew of chart toppers, award winners and scene stealers. He is planning a two-week London run in June at a new secret pop-up venue.

The creative team includes award-winning director Robert McWhir, Artistic Director of the Landor Theatre, whose recent critical successes include revivals of Ragtime and Meet Me In St Louis is ready to take FVTM to the next level. Celebrity Choreographer Ryan Jenkins from BBC1’s So You Think You Can Dance can’t wait to sink his teeth into some mean dance moves. Songwriter Cayelan Mendoza from Stomp. ENO, Glyndebourne, Donmar Warehouse and Lloyd Weber costume supremo Deborah Andrew is all systems a go go, plus the Production Designer for award-winning movies The Warrior and Bronson, Adrian Smith is ready to make it all look fabulous, darling!

“We need to raise some initial capital to pay pre-production costs,” Rose says. “All the elements are in place to present a truly drop dead gorgeous show designed to hit the sweet spot in the most stylish fashion. But we need the public’s support to make it happen, so please sign up for any of the Kickstarter rewards with our everlasting thanks!”

A donation of £5.00 gets a personal thank you on the Fashion Victim The Musical! website and programme. A pledge of £50.00 gets donors a limited edition Fashion Victim The Musical! T-Shirt, thanks and their name in the programme. £100 guarantees Fame! The chance to feel the fashion heat. Product place yourself, your lover, your mother in the show. You will appear in the script on the lips of one of our actors in the line. Forget 15 minutes of fame. This is entry into fashion legend “I have this totally hot [your name] scarf/handbag/jacket/garment . It’s to die for!” Experience that Must Have feeling! plus a pair of tickets to go along and witness first hand being fashion fabulous for one unforgettable night, our thanks and your name in the programme. £200 makes you a Super VIP! For that donation you get a front row cabaret table (seats 4) any night of the show of your choosing, cocktails and a personal thank you in the show’s programme.

Two previous no-budget pop-up performances in 2013 wowed audiences and critics alike – fashion author Bronwyn Cosgrave hailed Fashion Victim The Musical! “dark, dangerous, directional and damn funny”.  Having attended one of the nights, the fabulous Right Said Fred, the pop maestros behind the global smash hit I’m Too Sexy that crashed the top of the US singles charts for three weeks, have promised to write some new songs for the full-length show.

“We’re working with as many of the cast, crew, venue, production team that supported us for the pop-up, and they are all provisionally booked in for the show. If for any reason anyone gets offered fortunes to work elsewhere then will wipe away a tear, wish them the best of luck, and get on finding a replacement. We’ve had to do similar in the past and with the contacts from everyone involved, it won’t be too hard a challenge. Likewise, rights, insurance, contracts – everything has been planned for and taken care of, so we’re pretty confident that … ‘the curtain will go up!’