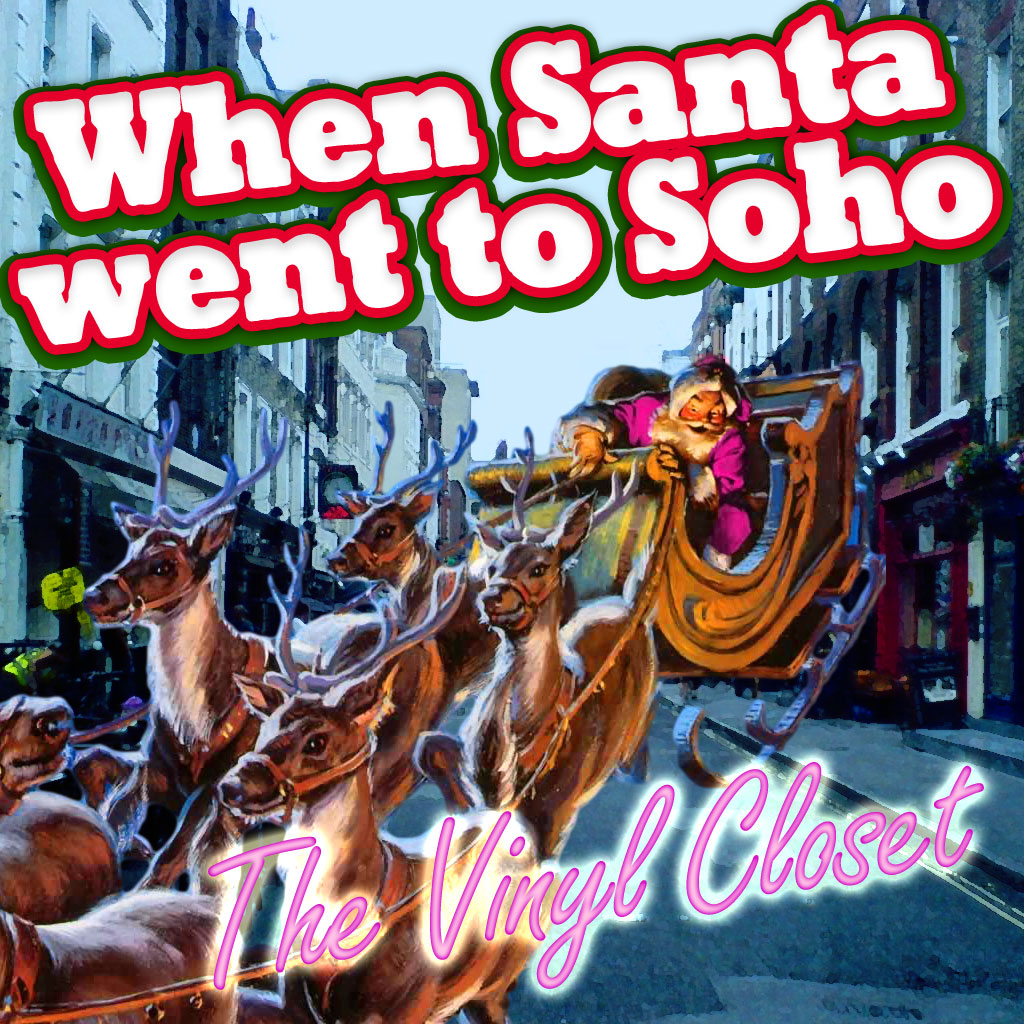 The track, “When Santa Went to Soho” playfully adds a pink gloss to traditional holiday season pop as Santa goes about his Christmas Eve business on Old Compton Street while his husband plans a party with the help of their celebrity guests.

The band is made up of veteran gay activist Ted Brown on vocals, backed by Brett Lock & Chris Houston who produce and play most of the instruments.

The single is to promote the album the band recorded, “Pink, Black & Blues”, after their live show “The Vinyl Closet” received enthusiastic reviews when performed for various community groups, particularly during LGBT History Month.

Ted Brown, who campaigned for decades against so-called ‘murder music’ by Jamaican dancehall singers, is especially pleased with one of the central themes of The Vinyl Closet:

“Today, mainly because the homophobia and misogyny in a lot of contemporary rap and Jamaican dancehall music is such a topical issue, many people assume that these prejudices reflect wider and more long-standing social attitudes in black communities. But as these records show, people have forgotten a time when it was only in ‘black’ music that LGBT people got an unambiguous mention, and only in the surrounding sub-culture where LGBT people were tolerated as simply part of the social furniture,” he says.

“The Gay & Lesbian Humanist Association” encouraged us to put a show together,” says Brett Lock, “and the concept grew from there.”

“GALHA originally invited us to do a talk on the subject of LGBT representation in early popular music. We played some recordings of Bessie Smith and Kokomo Arnold and others, and – to make the talk more lively, since I play guitar and Ted sings – we decided to perform a few of the songs as a novelty. What we found was that people remarked that the old records were a little hard to follow because they were so crackly and predated hi-fi recording. The audience preferred it when we performed the songs, so we found ourselves adding more songs to our repertoire and phasing out the playing of the old recordings,” explains Lock.

The talk soon metamorphosed into a show which we were invited to do around London. It was a natural step from that to record our modern versions with the help of a few other musicians we knew.

The result was the album “Pink, Black & Blues”

The aim of the album is to resurrect early blues songs with LGBT representation and to present them to a new audience in a more modern blues style with the hope that they’re more accessible to contemporary ears. In the show, we pay full respects to the originators and attempt to place the songs in the proper context.