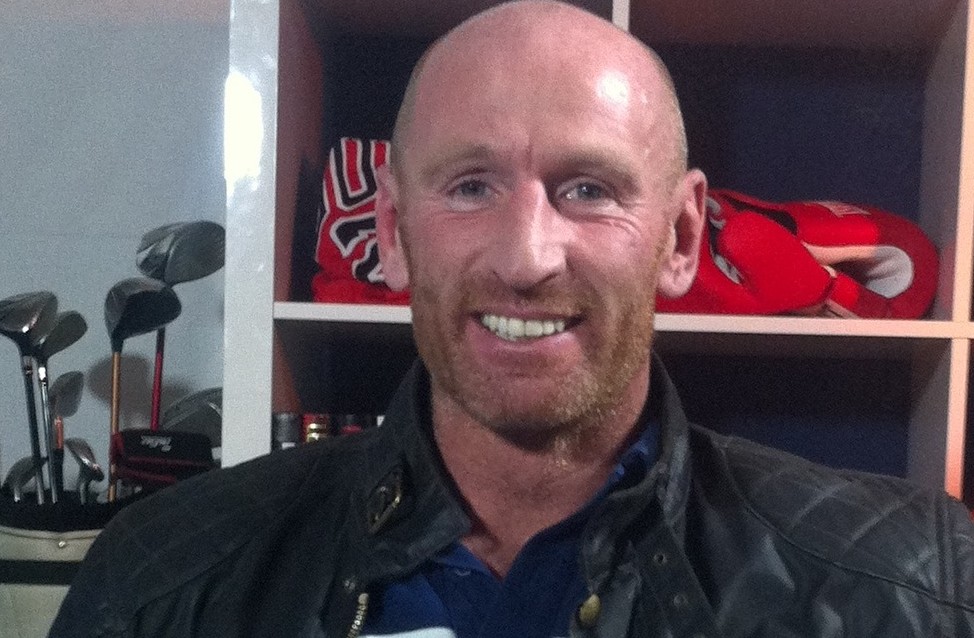 The first openly gay international rugby player, Gareth Thomas, joins current England international James Haskell in claiming many professionals in the sport hide their homosexuality, as they discuss work commencing on the Hollywood biopic on the Wales rugby legend’s life story. Speaking on Sportlobster TV, Thomas, who won 100 caps for his country before taking part in Big Brother, confirmed pre-production has now begun on the movie and Oscar-nominated Mickey Rourke, who owns the rights to the film, will definitely play his part. The majority of filming is set to take place in Wales, South Africa and France with rugby scenes being filmed separately to ensure they look convincing and Ellis Park in Johannesburg has been mooted as one of the main locations. Thomas said: “Mickey has invested hundreds of thousands of dollars to make the film and they are now starting pre-production. It’s been a crazy experience getting to know the Hollywood people and Mickey has had a lot of stick for his image in the past, but he’s been training really hard to play this role. He is the right person to play me as I wanted someone who cares about who I am, not someone who just wants to win an award. “The rugby scenes are going to be filmed separately as most sport films are let down in the actual playing scenes. Invictus is a good example as it was terrible due to the fact the rugby wasn’t convincing so we’re going to be careful to get the action right. “Filming this movie isn’t about the money – it is about acceptance in sport for everyone. The fact is that coming out that I was gay in a rugby environment meant I soon realised some people have a real problem. People take courage from my story in all walks of life and this is what is important. For me it’s just another medium for people to take inspiration from and that’s what is important to me. “I’m not the only sports person to face issues – I met Martina Navratilova once and she said when she played at Wimbledon early in her career, just after she had publicly come out and many in the crowd actually sat on their hands when she came on court. However, she overcame these perceptions and became one of the most popular and successful players of all time, which is a powerful story I would like to see on film.” When asked what his thoughts were on the questions raised about upcoming sporting events planned for countries where there are laws in place against homosexuality, such as the 2014 Russian Winter Olympics and 2022 Qatar World Cup, Thomas gave strong views: “If I was part of a squad going to these countries – I would go there as a gay man and be the best at what I was doing and prove that their laws cannot stop me at being the best I can be in my sport. Athletes can’t have the power to make decisions as to whether to compete in countries where they tolerate homosexuality. They often only have one chance to be the best and they have worked so hard to get there that nothing should hold them back. England and Wasps flanker, Haskell, supports these views and claims many rugby players are hiding their sexuality due to perceived stigma: “Statistically there must be gay rugby players out there but I don’t know of a single one. I feel bad anyone struggles to be true to who they are, as no one should have to live a lie. “With Gareth – being gay was just a side story, as he was just a brilliant rugby player first and foremost. I don’t think most in rugby could care less whether a teammate was gay – but there are definitely boundaries where some who you call friends and teammates may look at you a different way if you come out. The fact a rugby player may say they prefer men to women does not mean it should have any relevance in sport. Certainly in rugby it is becoming more acceptable but, regardless of what people may say, there will always be preconceptions and stereotypes in the sport.”

Gareth Thomas announced he is gay in 2009, becoming one of the first openly homosexual male athletes in any major sports team in the world. That year Gareth was also voted the most influential gay person in the UK by topping the Pink List. Sportlobster TV youtube.com/sportlobster is an online forum where fans can watch their sporting heroes discuss the topics they set at the sport social network: sportlobster.com/sportlobstertv