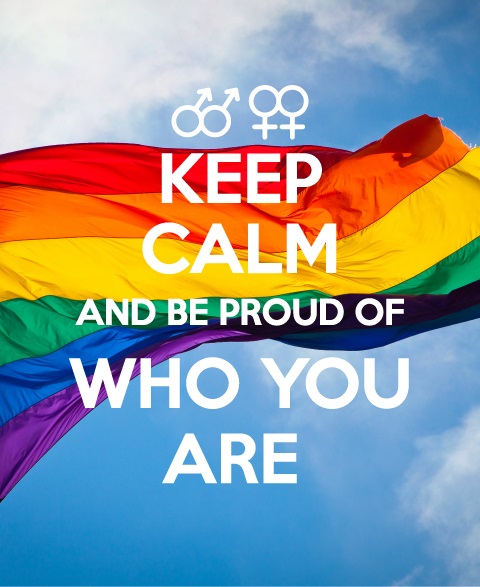 Social networks are under scrutiny these days. There have been a few high-profile incidents that hit the headlines and made most people unhappy with some of the actions of a heartless few.

However, spending any time in newsgroups and online in general… and we rate Tumblr as it is one we see regularly… you can find comfort, humour and inspiration from people you don’t know but who are either on the same wavelength as yourself or have captured your own thoughts exactly. Being gay in some parts of the world, feeling under attack from religion and bigotry or just feeling lonely can bring pressures that are difficult to just shrug off. Sometimes, a well-aimed quip, a banner or a well-reasoned argument can make you feel a little more positive about yourself and your situation. That little boost can make all the difference.

So, in no particular order here are just a few of our favourite images and items from the web that have moved us.

“The male organ is like gossip…it passes from mouth to mouth.” and finally… a lesson in sense…

Pastor: Now, according to a few passages in the bible, homosexuality is a sin.

Couple of older males in the audience: Amen!

Pastor: You know what else the bible defines as a sin? Divorce.

Pastor: There are countless passages that talk about how divorce is wrong, and that there are consequences to getting a divorce, such as the wife should be stoned.

Pastor: Yet, I witnessed a divorce just this morning. And I gotta tell you, it was heartbreaking, but I definitely didn’t attempt to throw rocks at the wife, even though she was the one who filed for divorce.

Pastor: We choose to overlook the consequences of divorce because time has proven that they’re inhumane and cruel.

Pastor: The bible doesn’t say anything about the consequences of a homosexual lifestyle. Yet, we seem to be spearheading a campaign to ruin the lives of people we don’t even know.

-the pastor shifts a few notes around-

Pastor: The bible states to love thy neighbor. That’s it. There are no other rules or restrictions to that passage.

Pastor: So, we as a church family have to support equality with a smile on our face. THAT is the true Christian way.

If you have some favourite slogans, signs, images or jokes from the net and would like to share them, please send to editor@bent.com