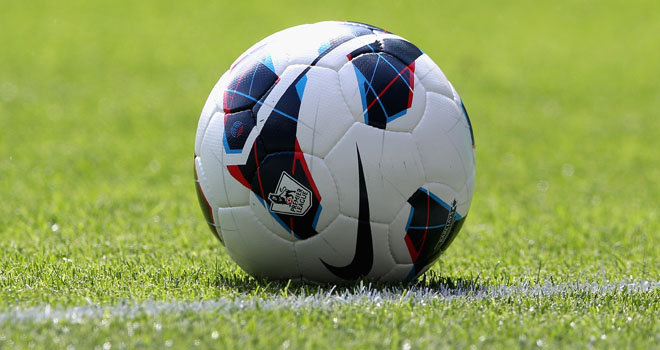 The English football season kicks off this weekend and still there isn’t a single openly gay current player out of 5,000 professional footballers in the UK. By statistical averages, there must be in the region of 500 players who are gay or bisexual. None feel able to come out. What does this say about the state of the beautiful game? Asks Peter Tatchell.

While the rest of society has moved on, football is still ham-strung by hang ups about homosexuality.

Jose Mourinho has just returned to Chelsea. He was captured on camera in 2012 using the homophobic insult “maricones” (faggots) at the time of a Real Madrid Champions League match at CSKA Moscow, according to Mirror Football. http://bit.ly/15yBrcp

UEFA said and did nothing, despite complaints being filed against Mourinho by the European Gay and Lesbian Sports Federation. http://bit.ly/14sFJ53

When the ‘special one’ was reappointed to Chelsea this year, somewhat surprisingly, the Football Association raised no queries or objections. A mistake in my view. The FA and Chelsea should not have allowed him to take up his post until he publicly apologised and renounced homophobia – and gave an undertaking to abide by the FA’s equality policies.

Am I being too demanding? No. Had Mourinho made a racist remark the FA would have almost certainly demanded a public apology and assurances there would be no repeat. Why the double standards?

This indifference to homophobia at the top of the game sends the wrong signal to players and fans. It suggests that the FA doesn’t take anti-gay prejudice seriously – and certainly not as seriously as racism. No wonder players are reluctant to come out. The FA is giving mixed messages. To its credit the FA is doing some very good work: homophobic abuse is against ground regulations, clubs are signed up to ensure equality and a toolkit on how to tackle homophobia has been sent to the 92 Premier League and Football League clubs; coinciding with the Football v Homophobia campaign.

However commendable, these initiatives are mostly below the radar. They make very little dent on public consciousness and are not directly reaching most players and fans; certainly not the hardcore homophobic minority who need them the most. The average person in the street is unaware they exist.

To challenge and vanquish homophobia, the FA needs to up its game, with high-profile campaigns that reach a mass football audience. This could include securing the agreement of clubs to include anti-homophobia messages on tickets, in match programmes and on stadium screens at half-time. The result? It would ensure the FA’s commitment gets high-profile visibility and impacts public attitudes. Another idea is the FA funding a five minute MTV-style video challenging homophobia. Featuring several top footballers speaking out against homophobia (such as Beckham, Ronaldo, Ferdinand, Rooney, Walcott and Cole), it could be inter-cut with spectacular goal-scoring images and have a feel-good, sing-along music track by a big-name pop singer. The goal would be an uplifting video with a cool anti-homophobia message that most fans, and young people in general, can relate to and enjoy. The FA is more likely to win over fans with a hip, positive, joyful-vibe video than with a worthy, pedagogic or finger-wagging style lecture.

Such a video would be a world first and have a massive UK and global impact. Especially if it includes big-name football stars, it’s launch would get international news coverage, as well as being broadcast on sport, music and youth TV programmes worldwide.

It could reach a global audience of  up to a billion people – making it easily the most successful LGBT awareness promotion of all time; helping to challenge homophobia in the UK and internationally, among both football fans and the wider public.

Within the UK, the FA could promote the video to clubs for broadcast on stadium screens during pre-match and half-time. Cooperating with the Department of Education and the Department of Culture, Media and Sport, it could be distributed to schools, youth associations and county / junior football clubs.

These are some of the high-profile, gay-friendly initiatives the FA needs to promote in order to change public attitudes and make gay players feel confident to come out.

Gay footballers need to know they’ll have the full support of the FA chairman and their club manager. This includes affirmation of their coming out and assistance to them and their team mates in dealing with media interest and the reactions of fans from opposing teams.

Neither the FA nor most clubs have done this vital preparatory work. If a player came out, most of them would not know what to do.

Publicist Max Clifford has often suggested that coming out would lead to training session and dressing room tensions, and ruin a footballer’s career. He’s mistaken. Some gay and bisexual Premier League players are already privately open with their managers and team mates. They are accepted and experience no difficulties. Coming out certainly did not harm rugby player Gareth Thomas. It won him public admiration and the support of his fellow players; plus a slew of publicity that has made him a very popular and bankable public figure.