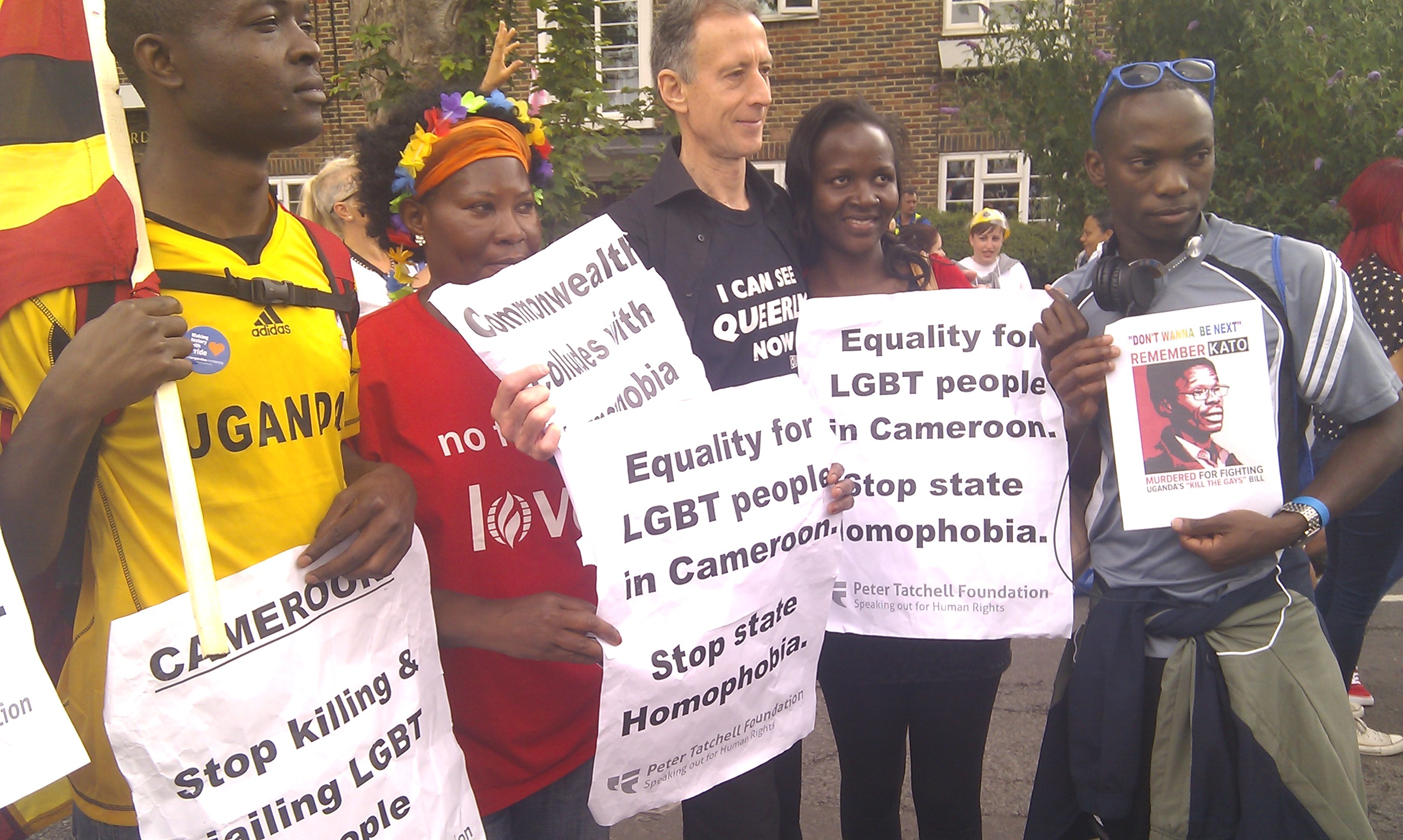 At Brighton Pride last Saturday, the Peter Tatchell Foundation & the African LGBT Out and Proud Diamond Group marched in solidarity with LGBT Africans, against homophobic persecution in Cameroon, Uganda, Malawi and Nigeria.

These witch-hunts and repressive laws defy the guarantees of equality and non-discrimination for all citizens, which are enshrined in the constitutions of many African countries and of the African Charter of Human and People’s Rights. Cameroon, Uganda, Malawi and Nigeria are all member states of the Commonwealth. The Commonwealth claims to stand for civil liberties and individual freedom, but it is failing to speak out publicly against these attacks on LGBT human rights. It must show moral and political leadership by openly defending LGBT communities and intervening to support the victims. Silence is collusion.

For more info on how to support the campaign: www.PeterTatchellFoundation.org