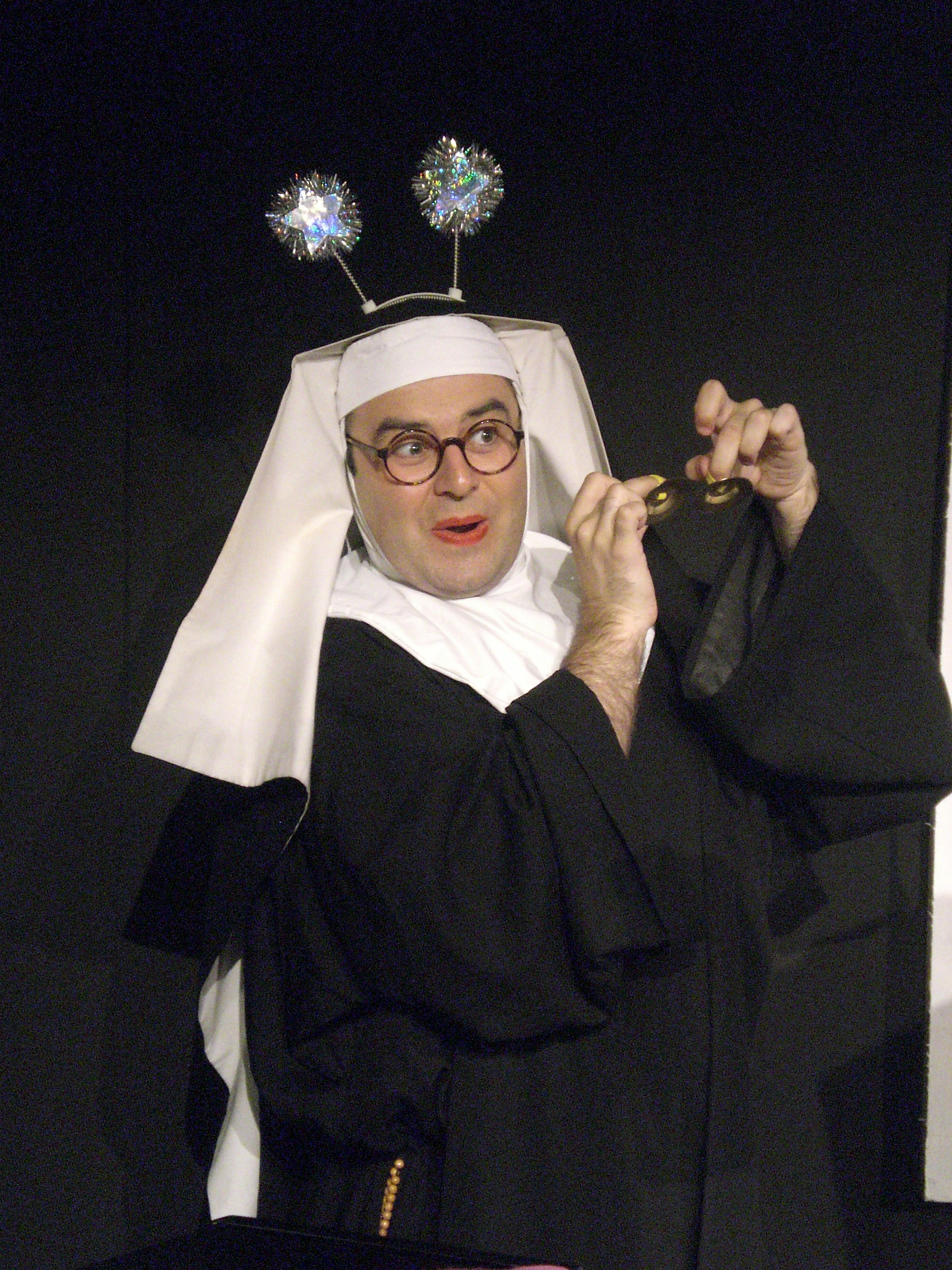 The Landor Theatre celebrates the 30th anniversary of Nunsense with its production of Nunsense A-men! running from 27th June to 28th July featuring Sister Mary McArthur (the musical comedy creation of Tim McArthur) as the Reverend Mother and directed by Robert McWhir, whose previous successes have included I Love You Because, Ragtime, Curtains and A Class Act.

Well the least she could do was to try and help him fill it… she had always had this desire to star in a musical and was sure the other sisters would help out!

Nunsense is a comedy which started as a line of greeting cards and ended up as a full-scale musical and TV movie in the USA.  An international phenomenon, it has been translated into at least 26 languages with more than 8,000 productions worldwide.

The cast also includes David Kristopher Brown who has appeared in Phantom of the Opera (His Majesty’s) and Chess in concert (Royal Albert Hall), Alastair Knights and Above The Stag Theatre regulars Paul Brangan and Josh Rochford.