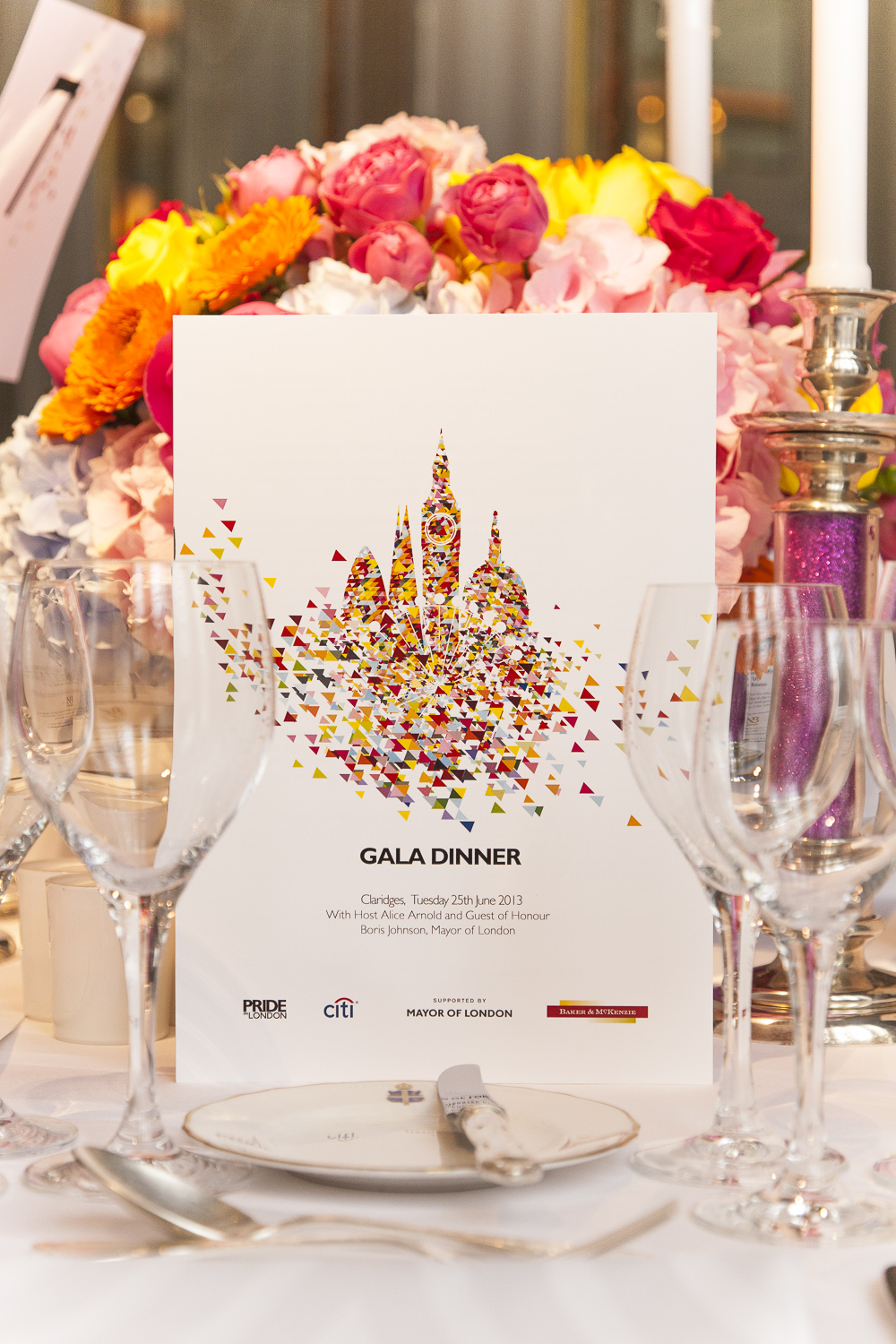 200 leading figures from the worlds of business, showbiz and politics got together with LGBT (lesbian, gay, bisexual and transgender) activists to raise money for the reborn Pride in London at a Gala Dinner at Claridge’s in London recently where Mayor of London Boris Johnson was guest of honour. The major events of Pride in London are free and to keep them that way organisers need to raise at least £450,000 each year. The Gala Dinner helped to fund this year’s events and helped build the organisation’s strength for the future.

The Gala was hosted by broadcaster Alice Arnold and attended by a number of high-profile LGBT+ stars. It was sponsored by law firm Baker & McKenzie and bank Citi.

During a champagne reception before dinner guests were entertained by the Pink Singers, a leading LGBT choir that is celebrating its 30th anniversary, having been created to perform at Pride in 1982. Guests were treated to fine dining and wines then after dinner, jazz singer Alexander Stewart wowed the audience before DJ Neil Prince took to the turntables and the dancing began.

Commenting on the evening, Host Alice Arnold said:  “It’s a delight to host such a high-powered and glamorous event that really shows the depth of support that there is for Pride in London.  The many events this year really do offer something for everyone and that’s only possible with the whole-hearted backing of the LGBT community itself and the financial support of generous sponsors and individual donors. London is an amazing city that is now getting the amazing Pride celebration it deserves.”

The Mayor of London Boris Johnson said: ‘I am delighted to be supporting the celebrations and pleased with how well plans have been going to make this year’s event a success. The efforts of the individuals behind this year’s event are a fine example of volunteering in action – the Team London spirit! I am also pleased that the Pride team have been able to secure sponsors for the festivities – I hope it will encourage others to come forward, to help build the celebrations in future years. We want to see Pride grow!’

Chairman of Pride in London, Michael Salter said: “Tonight’s event is not only a vital fundraiser but also a way to thank our many generous sponsors as well as some of the key volunteers who have given so much of themselves to put together a brilliant Pride festival for 2013 in such a very short time. We are honoured by the support we have been given by leading politicians, hugely successful businesses and community activists.”

The Gala Dinner is just one of a many special events happening to mark Pride in London this week, culminating with the Parade through the heart of London on Saturday 29th June.

For more information about Pride in London: www.londoncommunitypride.org