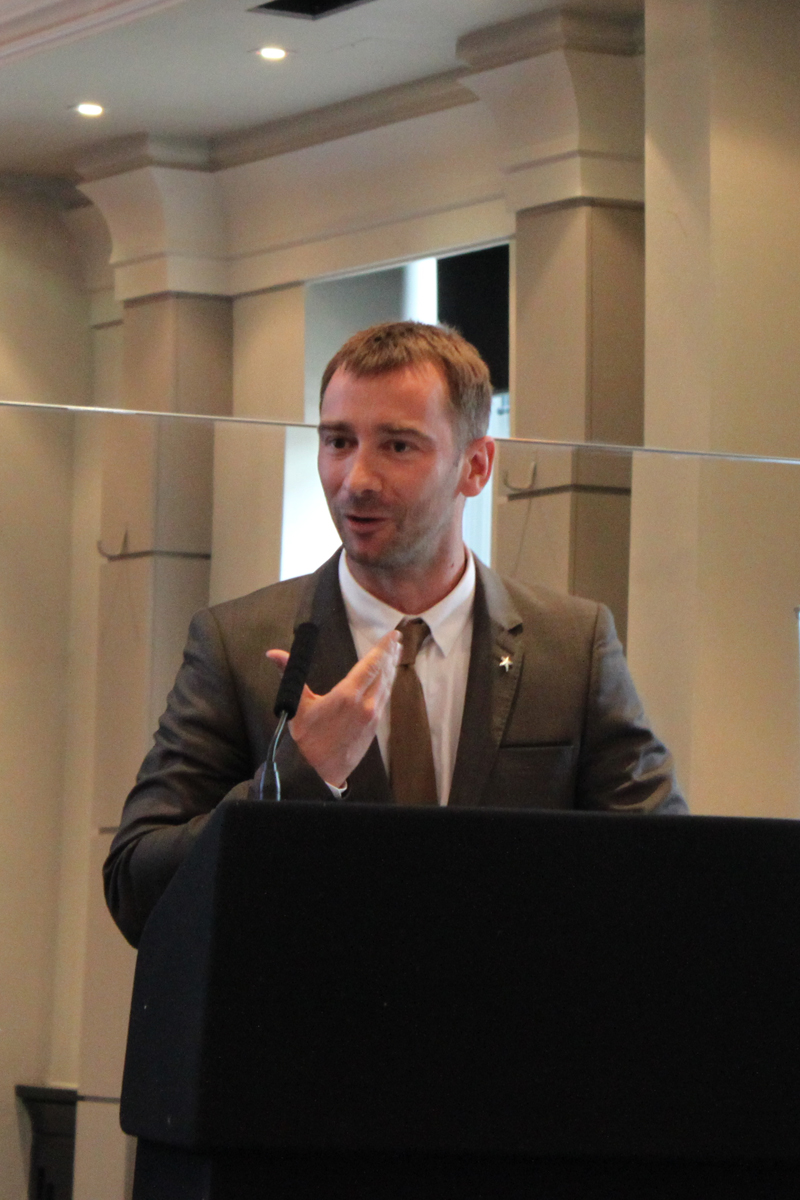 Over 200 delegates from major British employers attending today’s Stonewall Workplace Conference in Manchester heard from inspirational speakers including Coronation Street actor Charlie Condou and Leicestershire Police Assistant Chief Constable Steph Morgan. ITV, the British Army, Accenture, the Co-operative and Ernst & Young were among the employers sharing best practice at the Conference, which was supported by Barclays.

During his speech about being a gay man working in the media, Charlie Condou said: ‘If I’d seen gay role models back in my teens, those years would have been very different. Thank god gay teens today can see dozens of different pictures of gay adulthood, letting them know they can be whoever they want to be – just like their straight friends. It’s not perfect, but we’re getting there.’ During a heartfelt speech about the importance of being a role model, Assistant Chief Constable Steph Morgan said: ‘You can’t be a leader if you can’t be yourself. I had a team, and I couldn’t tell you who was married or much about their lives – I never asked those questions because I didn’t want those questions back. I realised I had to come out, and to show an interest in others if I wanted to lead them.’

Stonewall Head of Workplace Simon Feeke said: ‘People perform better when they can be themselves, and it’s no coincidence that employers who recognise this perform far better than those who don’t. It’s fantastic to see so many great employers taking equality so seriously, and treating it as a major factor in their success.’

Stonewall’s next Workplace Conference is in Cardiff on 8th October. www.stonewallcymru.org.uk