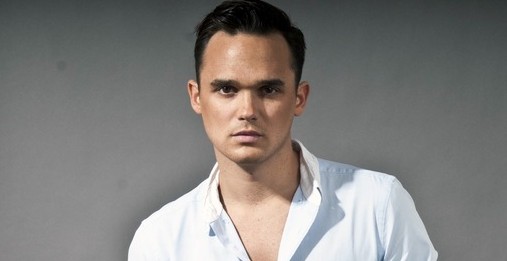 The team at Blackpool Pride Festival are delighted to announce that pop superstar and million selling artist, Gareth Gates            is to headline this year’s event.  Gareth, who shot to fame and won the hearts of the nation during Pop Idol way back in 2002, headlines the event which takes place in Blackpool’s world famous Winter Gardens over the weekend of the 8th/9th June.
Gareth Gates first found fame when he came runner up in the inaugural series of Pop Idol.  Once the show finished Gareth went on to have four number 1 singles and sell over three million records.  More recently, Gareth has been treading the boards and has appeared in a series of hit musicals including Joseph and the Amazing Techicolour Dreamcoat, Les Miserables and Legally Blonde.  He is still a familiar face on television, appearing on a number of TV shows including ITV’s Dancing on Ice.
A spokesperson for the event, commented, “We are delighted that Gareth accepted our offer to headline the event.  We wanted to find a headliner who would appeal to everyone, young and old, and Gareth certainly fits the bill.  We are working hard to secure more acts for the event for watch this space for more news!”

Also, get ready for one of the most glamorous nights of the year as Blackpool Pride Festival plays host to the first (annual) Pride Ball on Sunday 2nd June at the Sands Venue, Blackpool.  This fantastically, flamboyant event will see top class local entertainment, a delicious 3 course meal and most of all fun fun fun! The Sands Venue offers a unique and sophisticated blend of first class live entertainment and top quality cuisine! This sensational gem located on Blackpool Promenade recreates the feel of the forties and fifties with a starlit ceiling, candlelit tables and stylish décor.   Tickets for the Blackpool Pride Ball cost £25 per person.