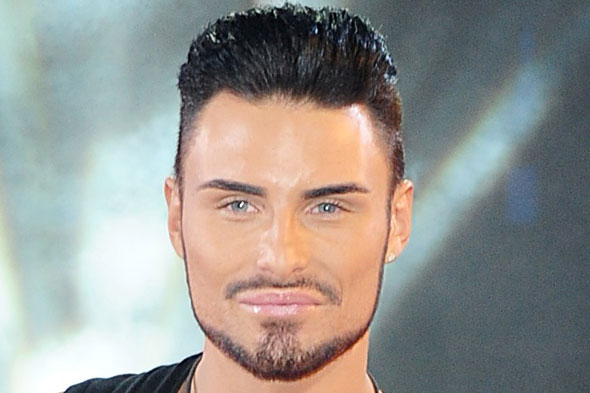 Fundraising charity, Manchester Pride’s Big Weekend will be boosted by appearances from reality stars Rylan Clark and Lucy Spraggan.  Lucy has always been a Manchester Pride favourite even before taking on the X Factor, while X Factor finalist and Celebrity Big Brother winner, Rylan, was the show’s most talked about contestant. They will be joined by Brit-Pop band The Feeling, the opening headliners for The Big Weekend.  It will be a first ever Pride appearance for the group, fronted by openly gay Dan Gillespie Sells.

Organisers have also unveiled the theme for the Manchester Pride Parade, which will weave its way through the streets of Manchester on Saturday 24th  August.  Following the death of Margaret Thatcher, ’Acceptable in the 80s?’ recognises the impact the decade had on LGBT and HIV activism, with the introduction of Section 28 and the demonisation of people suffering from HIV/AIDS.  But it was also a decade of iconic music, television and film (and horrific fashion), giving plenty of scope for fun.

2013 also sees changes to the event site, including the introduction of a new Indoor Arena.  By day the Arena will host the popular Lifestyle Expo where community groups and service-providers can promote their organisations, while at night it will be transformed into a dance space showcasing the best of Manchester’s club scene.

The Manchester Pride markets operate throughout the weekend. With Women’s Stage, Sparkle and Manbears taking over Sackville Gardens and the moving George House Trust HIV Candlelit Vigil closing the Festival with a reminder of the fundraising roots of the event, Manchester Pride is set to live up to its billing as ‘The Highlight of Our Summer’.

Early Bird tickets for the award-winning Big Weekend go on sale on Friday 26th April and will cost just £16 for the whole four-day weekend. With no booking fee charged, most people will pay the same, or less, for their ticket than in 2012.  Only a limited number of Early Bird tickets are available and festival goers are encouraged to act quickly to avoid missing out.

Chair of Manchester Pride, Vicken Couligian said: “We are delighted to announce Rylan Clark and Lucy Spraggan and to welcome The Feeling to open Manchester Pride’s Big Weekend.  It’s hard to believe that this will be their first ever performance at any Pride event.

“Further acts and headliners will be added to the bill in the run-up to the Big Weekend, and with only a limited number of Early Bird tickets available this year, we encourage Festival goers to buy tickets early to make sure they get a bargain.

“Manchester Pride has raised over £1 million for LGBT and HIV community groups and organisations since 2003.  Every penny we raise goes to local good causes and none of this is possible without the support of the ticket-buying public, who help make this the Highlight of Our Summer.”