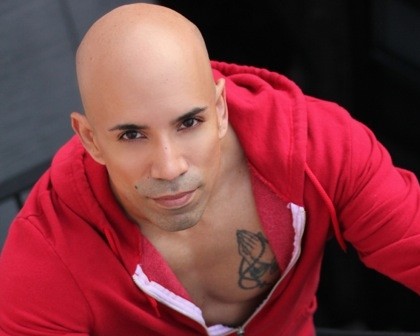 Inside the Vortex – A Confessional Memoir,
Reveals The Naked Truth of a Young Male Stripper

Inside The Vortex by blogger Justin Hernandez reveals the author’s naked truth – reflecting on how early years of abuse and neglect led to his eventual descent into the dark worlds of addiction, stripping, and even male escorting. It is a riveting coming of age story, filled with twists and turns, chaos and drama as Hernandez recounts being raised by a single mother on the rough streets of the Bronx, coming out as gay and sashaying with the pier queens on Christopher Street, being rejected by Christina Aguilera, and then escaping to Hollywood to pursue his dance-star dreams. The memoir serves as a prequel to Hernandez’s popular “Naked in New York City” blog. Inside the Vortex will be available digitally and in paperback on Amazon.com, iBookstore.com and BarnesandNoble.com in March 2013.

“When you are forced to perform sexual acts as a minor, it’s humiliating,” says Hernandez, who writes in Inside The Vortex how, at age 11, he was mentally, physically, and eventually sexually abused by his stepfather. “I went through my teenage years believing I was this broken person who didn’t deserve to be treated well. Sadly, I carried that mentality into my twenties and most of my thirties. It took me a long time to deprogram myself and understand my worth.”

At 17, Hernandez came out of the closet as a gay man. It was the early nineties and as luck would have it, he was living with his mother in a one-bedroom apartment in the gay mecca of the world: New York’s West Village. Still, his queer proclamation wasn’t received well by his mother. “She was very unhappy about it and didn’t want to hear anything gay-related,” he remembers. “There was a lack of support from her, which was upsetting because I lost the one person I wanted to turn to most. It made me very angry and very needy. I looked for solace through my rapidly developing addictions, and of course, through striking up relationships with all the wrong men.”

To escape the criticism – and to chase his dreams of touring the world as pop music dancer – Justin Hernandez left NYC for the promise of a more glamorous life in Hollywood. He went on a few auditions and landed a few minor jobs but it wasn’t long before he made the transition from legitimate dancing to stripping and then escorting.
“When there is unhappiness in your heart, it will follow you wherever you go,” he explains. “Initially, I thought things would be different because I was in a new city. But I didn’t even blink an eye when I was approached with selling my body. It was almost like I saw the money and checked my soul at the door. I thought I was sitting on top of the world with the enormous cash deposits I made at the bank every other day. As time went on, the nagging feeling in the pit of my stomach increased, but I just internalized whatever was bothering my conscious and kept working.”

He admits to bedding over five hundred men, but says, at the time, he didn’t equate his lifestyle with addiction. He was becoming completely nonchalant and desensitized to sex. It was mechanical and it no longer felt special, but he wanted and needed more of it. “I didn’t know how to stop. It was fun, but only because of the conditions that surrounded the encounters.”
He found it funny when he would go shopping and wind up having sex with the sales clerk in the dressing room. “And when I was paid for it, the money was the real aphrodisiac, not the men.”
His behavioural patterns started to change the wilder things got. He became sleep-deprived because of all the thoughts going through his head. He also began relying on another crutch aside from sex – alcohol. “This was Los Angeles so there was no taking the train home at the end of the night. I drove, and there were more than a few times when I really shouldn’t have been behind the wheel.”
No longer being rational about many things, he began to feel helpless and lost. It was slow and painful downward spiral. The turning point came when Hernandez began attending weekly therapy sessions in Los Angeles. But change didn’t happen overnight. He had to take the lessons he learned and apply them in his day-to-day life. He admits he wasn’t always successful and stumbled quite a few times. He also hurt a lot of people along the way. But when he finally left Hollywood and returned to New York City, he says he felt like he had a new lease on life. “I wanted to share my experiences about living in one of the most exciting cities in the world,” he says.
He began writing a blog called Naked in New York City. “Most of the entries were about my dating life, mixed up with commentaries about gay culture and other fun stuff. However, as I continued to write about my current life, I began to allude to my past and how it has affected, and still affects, the choices that I make.”

The fans of the blog encouraged Hernandez to tell his whole story in a memoir. Thinking he had come to terms with everything from his past, he agreed to do it. “But some of the stories were really upsetting and made me very emotional. Putting it in print and then reading, editing, and rereading everything has given me full closure. I’d like to think that I have forgiven most of the people who didn’t treat me well growing up. That doesn’t mean I would give them a hug and kiss if I saw them on the street, but I can think of them now without going to a negative or toxic place emotionally.”
He has learned the value of compassion, kindness, and self-worth; and has come to realize that it’s never too late for change and growth.
“I went through some rough times, but in the end, the person I am now is a result of the road I have travelled. Every event led me to another, and they ultimately led me to the point I am now, with zero regrets.” Inside The Vortex by Justin Hernandez will       be available digitally and in paperback on Amazon.com, iBookstore.com and BarnesandNoble.com.